2021-22 Title Predictions for the Premier League, La Liga, Ligue 1, Serie A and Bundesliga 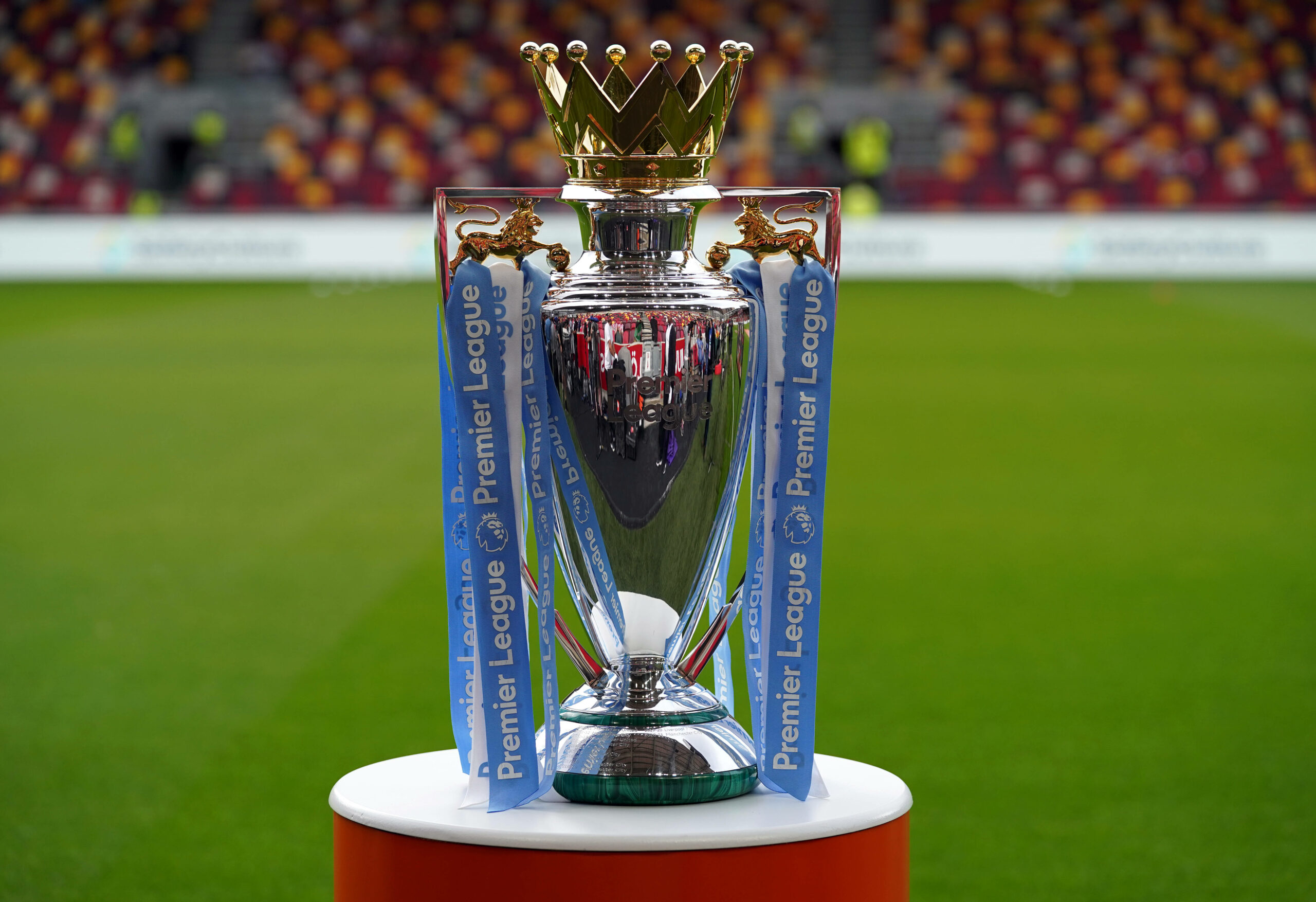 After a summer highlighted by Italy’s victorious European Championship campaign, club football is back, with all five of Europe’s top-five leagues already well underway.

While waiting for the return of the Champions League, let’s take a look at the potential title candidates across Europe’s elite divisions.

It has been a decade since Bayern Munich last failed to win the Bundesliga, having racked up nine consecutive league titles under several different coaches.

Fresh from wrapping up the DFB-Pokal Supercup trophy thanks to a 3-1 win over bitter rivals Borussia Dortmund, new manager Julian Nagelsmann is keen to lift his first Bundesliga title.

Nagelsmann will be looking to pick up where Hansi Flick left off last season and help Bayern extend their reign of dominance in Germany to ten straight seasons.

Managerial shifts at Bayer Leverkusen, Dortmund and RB Leipzig have been made over the summer as part of a collective effort to dethrone the perennial champions.

However, Bayern remain odds-on favourites to conquer the Bundesliga again despite a relatively quiet summer.

Dayot Upamecano swapped allegiances in Germany, following in the footsteps of Nagelsmann, who also left Leipzig to link up with the Bavarians.

The Frenchman should slot in for David Alaba, who left the Allianz Arena after a trophy-laden decade stint to join Real Madrid as a free agent.

Led by the Bundesliga record-breaker Robert Lewandowski, Bayern’s hopes of maintaining their long-standing domestic supremacy look to be safe and sound.

Meanwhile, it remains to be seen whether Dortmund can make it out without one of the club’s headline performers over the past couple of years.

Jadon Sancho has finally completed his long-awaited switch to Manchester United, with Die Borussen bringing in Donyell Malen from PSV Eindhoven to fill the gap.

The Dutch forward enjoyed a decent Euro 2020 campaign with the Netherlands, but finding the on-field understanding with Erling Haaland, like his predecessors, will be key to his potential success at the Signal Iduna Park.

As for Leverkusen, they struggled to land a suitable replacement for star winger Leon Bailey, who departed for Aston Villa earlier in August.

But Die Werkself are hopeful that the appointment of Gerardo Seoane could help the club challenge for at least a top-four finish following an underwhelming season under Peter Bosz.

After leading Young Boys to three successive titles in the Swiss Super League, Seoane hopes to translate his winning mentality to the BayArena.

Diego Simeone’s Atletico Madrid snapped the six-year tenure of Barcelona and Real Madrid in La Liga last term, cruising to the La Liga crown on the back of a stunning start to the season.

Whether they can emulate their last season’s consistency is debatable. But Los Rojiblancos are probably the leading candidates to win the competition again this term.

It’s been 71 years since Atletico last ensured back-to-back La Liga triumphs, which comes as an added incentive to overcome Barca and Madrid this season.

During Lionel Messi’s memorable spell at Camp Nou, Barcelona were a force to be reckoned with. However, with the Argentine gone for Paris Saint-Germain, Ronald Koeman’s side have a point to prove this season.

Memphis Depay has immediately blended in, showing flashes of his undisputable quality in the early stage of his new adventure in Catalonia.

It is now up to the Dutchman and the likes of Sergio Aguero and Antoine Griezmann to make sure the returning Camp Nou faithful forget about the heartbreaking departure of their iconic No 10.

Carlo Ancelotti, who failed to lift the La Liga title during his first stint at the Santiago Bernabeu, will be eager to improve upon his previous tenure this time around.

The Italian knows in-depth about winning domestic championships. Except for his two-year experience in Madrid, Ancelotti has won the title in all remaining four top-five leagues.

There is no doubt he will be motivated to take the title across to the capital.

Although you can argue about an ageing squad, no one can deny a burgeoning talent at the Bernabeu.

Christophe Galtier orchestrated one of the biggest upsets in club football last season, leading Lille to an unexpected Ligue 1 title in 2020/21.

In addition to the highly-rated manager, several first-team stars also left the club over the summer, including goalkeeper Mike Maignan and midfielders Boubakary Soumare and Luiz Araujo.

The Parc des Princes will be under the spotlight this season after a Football Manager-like transfer campaign.

Even the most experienced Football Manager players would envy Nasser Al-Khelaifi for the efforts he made this summer to give Mauricio Pochettino one of the most intimidating rosters in football’s modern history.

Euro 2020 winner Gianluigi Donnarumma arrived from AC Milan after running down his contract at the San Siro.

PSG forked out a substantial figure to snatch Achraf Hakimi away from Inter Milan to complete a dream transfer window.

It is now up to Pochettino to piece the team together and try and grab the elusive Champions League title.

Even for the most optimistic opposition fans, it appears impossible to make a case for PSG not reclaiming Ligue 1 title this season.

The fact that no team apart from Sir Alex Ferguson’s Manchester United golden generation (2006/07 to 2008/09) has managed to win three consecutive Premier League titles in the 21st century speaks enough about the league’s competitiveness.

Although the Cityzens retrieved the crown last season, they will have to work their socks off to extend their league supremacy for another year.

As long as Virgil van Dijk stays fit and Mohamed Salah and Sadio Mane do their thing in the front third, Liverpool will be a fierce title competitor.

But, let’s return to Manchester again.

The arrivals of Raphael Varane and Jadon Sancho from Real Madrid and Borussia Dortmund, respectively, have handed United‘s transfer ambition a massive boost.

Varane could be the missing ingredient to make United’s backline look formidable again, with the World Cup winner expected to keep Harry Maguire company at the heart of Ole Gunnar Solskjaer’s defence.

The Red Devils were desperately searching for top-class centre-backs since the golden era of Nemanja Vidic and Rio Ferdinand.

It will be a daunting task for Maguire and Varane to reach those heights, but they are as closest as United have managed since the duo left Old Trafford.

After winning two international trophies in his first seven months in charge of Chelsea, Thomas Tuchel has earned a reputation as one of the finest Premier League managers at the moment.

The 47-year-old tactician will be keen to follow in the footsteps of Klopp and become the second German manager to win the title in England’s top-flight.

Chelsea’s imperious Champions League charge in 2020/21 showed they are the title-winning material.

Tuchel has instilled a certain mindset at Stamford Bridge, and it is hard not to put the Blues among the top favourites to dethrone City this season.

The signing of Romelu Lukaku from Inter Milan in the club-record deal is a statement of intent, as Chelsea look to taste Premier League glory for the first time since 2016/17.

Antonio Conte led Inter Milan to their first Serie A title in a decade, helping the Nerazzurri put an end to Juventus’ nine-year reign of dominance in Serie A last season.

However, the Italian manager left the Giuseppe Meazza shortly after winning the league under suspicious circumstances, casting doubt on Inter’s long-term plans.

Conte’s decision to cut short his two-year spell in Lombardy has been quickly overshadowed by the high-profile departures of Lukaku and Hakimi.

After giving up the two significant first-team players and the mastermind behind their last season’s success, Inter’s chances of ensuring another triumphant campaign are in doubt.

Moving across the town, Milan, who defied the odds to secure a runner-up finish in 2020/21, will be looking to go one better this term and win the Serie A for the first time since 2010/11.

The club that has the likes of Zlatan Ibrahimovic and Olivier Giroud on their books can never be discounted as a title challenger.

Despite the bookies placing the Rossoneri as only the fifth-favourites to win the prize, Stefano Pioli already demonstrated he enjoys defying underdog status last season.

A thoroughly disappointing 2020/21 campaign saw Juventus part company with Andrea Pirlo and head in the direction of Massimiliano Allegri as part of the club’s bid to regain control in Serie A.

Allegri spearheaded the Bianconeri to five league titles in a row during his first stint at the Allianz Stadium, showing he knows a thing or two about establishing domestic supremacy.

The ex-Milan manager has found several familiar faces upon returning to the helm, including star forwards Paulo Dybala and Cristiano Ronaldo and always-present centre-back duo Giorgio Chiellini and Leonardo Bonucci.

Even though Manuel Locatelli remains the solitary piece of business conducted by Juventus this summer, the Bianconeri squad looks as intimidating as ever.

A top-quality squad guided by one of the best managers in Italy represents a formula for success, as the Turin giants look like genuine favourites to recover the title after one season.