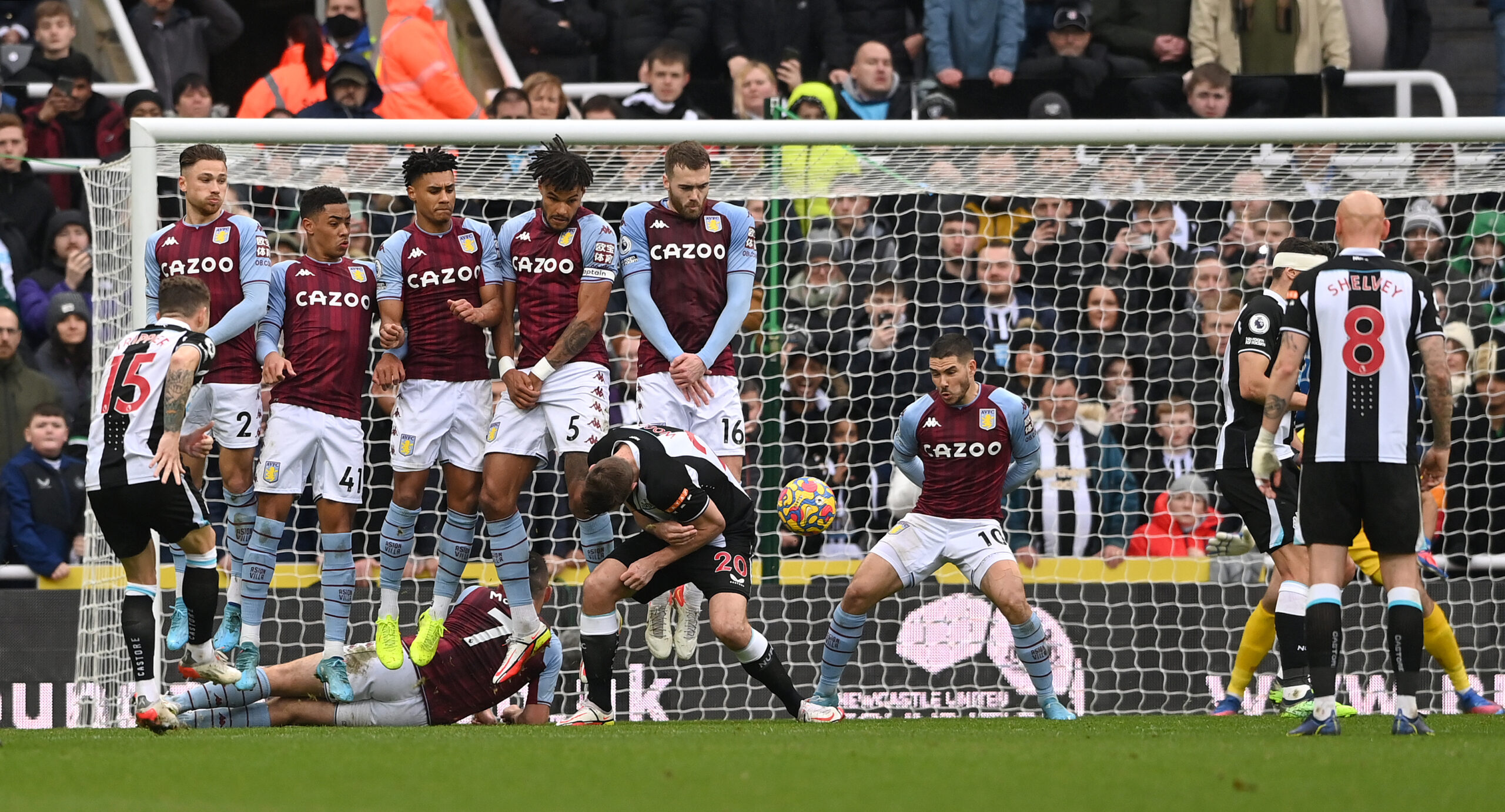 Let’s take a look at the three talking points from another enthralling day in England’s top-flight.

Headed into the January transfer window, Newcastle were languishing in the drop zone with one win from 20 Premier League matches, with many doubting their chances of ensuring top-flight survival.

Only a fortnight into February, the Magpies, inspired by a raft of high-profile winter signings, are riding on a three-game winning streak, including a 1-0 triumph over immensely reinforced Aston Villa on Sunday.

After scoring a stunning free-kick in a 3-1 win over Everton last time out, Newcastle’s new right-back Kieran Trippier slotted home another one to sink Villa at St James’ Park.

Eddie Howe’s men now boast a four-point lead on 18th-placed Norwich City with a game in hand as they seem to be on the verge of pulling off a second-half-of-the-season comeback.

It is the way things work in today’s football, which is another reason why the Premier League secured a £2 billion US TV deal.

Antonio Conte went unbeaten in his first nine Premier League matches to get his managerial reign at Tottenham to a flying start, but something has gone wrong recently.

Spurs’ pursuit of a coveted top-four finish has suffered a series of setbacks following a run of three consecutive league defeats, including an underwhelming 2-0 home loss to Wolverhampton on Sunday.

For the first time since November 2009, while at Atalanta, Conte has lost three league games in a row as a manager, casting doubt on the Londoners’ top-four credentials in the process.

Another scoring blank against direct top-four rivals following a 2-0 defeat at the hands of Chelsea on the stroke of January’s international break suggests Tottenham have yet to put their old habits behind.

One of the main reasons behind the club’s decision to appoint Conte their new chief of staff was to improve Spurs’ performances in these high-octane, heavyweight showdowns.

However, they still look to be missing the cutting edge as the Italian boss questioned some of his decisions in the aftermath (via The Independent).

#1 There is still hope for Liverpool

As much as Liverpool’s hopes of dethroning Manchester City appear faint or rather unrealistic, the Reds still have plenty to look forward to in the remainder of the season.

Jurgen Klopp’s men are still within touching distance of the reigning Premier League champions after stringing together four league victories, including a hard-earned 1-0 triumph at Burnley on Sunday.

Though a nine-point gap between them and Man City looks unbridgeable, especially given the way the Cityzens are playing, Liverpool’s game in hand leaves the title run-in wide open.

If the Merseysiders overcome underperforming Arsenal in their postponed Premier League fixture, they could put Pep Guardiola’s side under pressure going into the season finale.

While waiting for marquee January signing Luis Diaz to fit in Klopp’s set-up, the future looks bright for the Anfield outfit.

Tottenham lining up £18m bid for Wolves speed demon Adama Traore – Would that be a good move?
Arsenal, Manchester United, Tottenham – The race for the Top 4