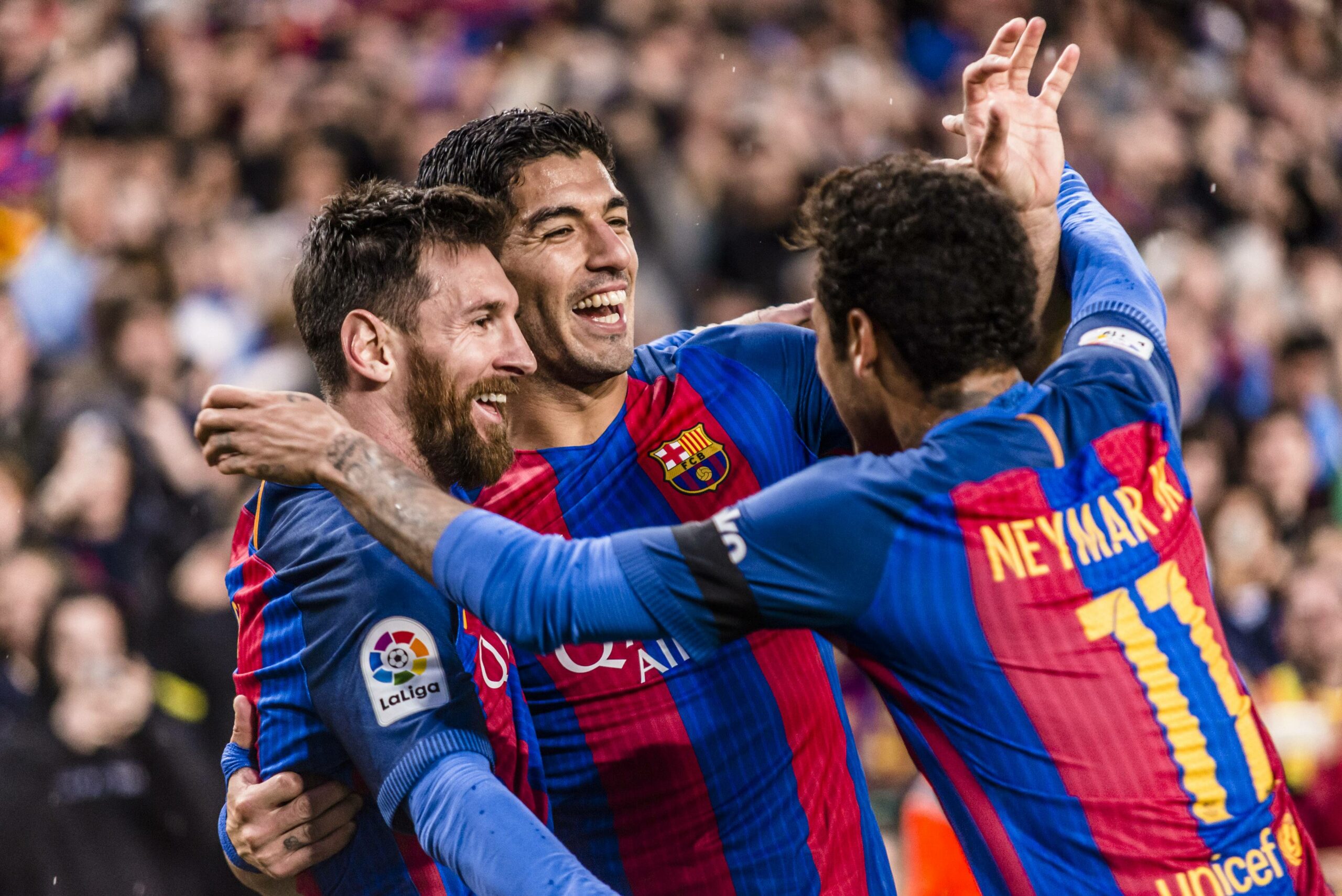 Some modern-day triumvirates include Cristiano Ronaldo, Gareth Bale and Krim Benzema at Real Madrid and Lionel Messi, Luis Suarez and Neymar at Barcelona.

In this article, we list the five most prolific trios in modern football.

Before Messi joined Paris Saint-Germain, the French club possessed a deadly attack featuring Neymar and Kylian Mbappe on either side of Edinson Cavani in the middle.

Not only did Los Blancos win their 32nd league title, they did so in style by scoring 121 goals. Their previous scoring record in a league campaign was 107 goals.

Ronaldo, Benzema and Gonzalo Higuain wreaked havoc up and down the country with the help of goal creators Angel Di Maria and Mesut Ozil.

Liverpool under Jurgen Klopp have been a force to be reckoned with in world football.

One of the key reasons for the club’s resurgence is the combination of Mohamed Salah, Roberto Firmino and Sadio Mane.

The trio is the only one in the list still active. The three attacking stalwarts have scored 213 goals to date and will undoubtedly add more to their tally.

They scored 91, 69, 53 in three seasons between 2017 and 2020, helping Liverpool win their first Premier League title in 30 years and a sixth Champions League trophy.

The legendary trio of Lionel Messi, Luis Suarez and Neymar is considered by many people to be the greatest front three the world of football has ever seen.

In the 2014-15 season, the trio’s exploits helped Barcelona clinch a treble of La Liga, Copa del Rey and the Champions League.

The following season, Suarez won the European Golden Shoe and Barca pipped Real Madrid to the La Liga title by one point.

The trio of Messi, Suarez and Neymar scored 354 goals between them before Neymar secured a move to PSG.

When Gareth Bale moved to Real Madrid in 2013, little did he know that he would be part of the greatest attacking trio in modern football history.

Along with Ronaldo and Benzema, Bale was part of a Madrid squad that won four Champions Leagues in five years.

The trio scored a staggering 366 goals together in all competitions for the club.