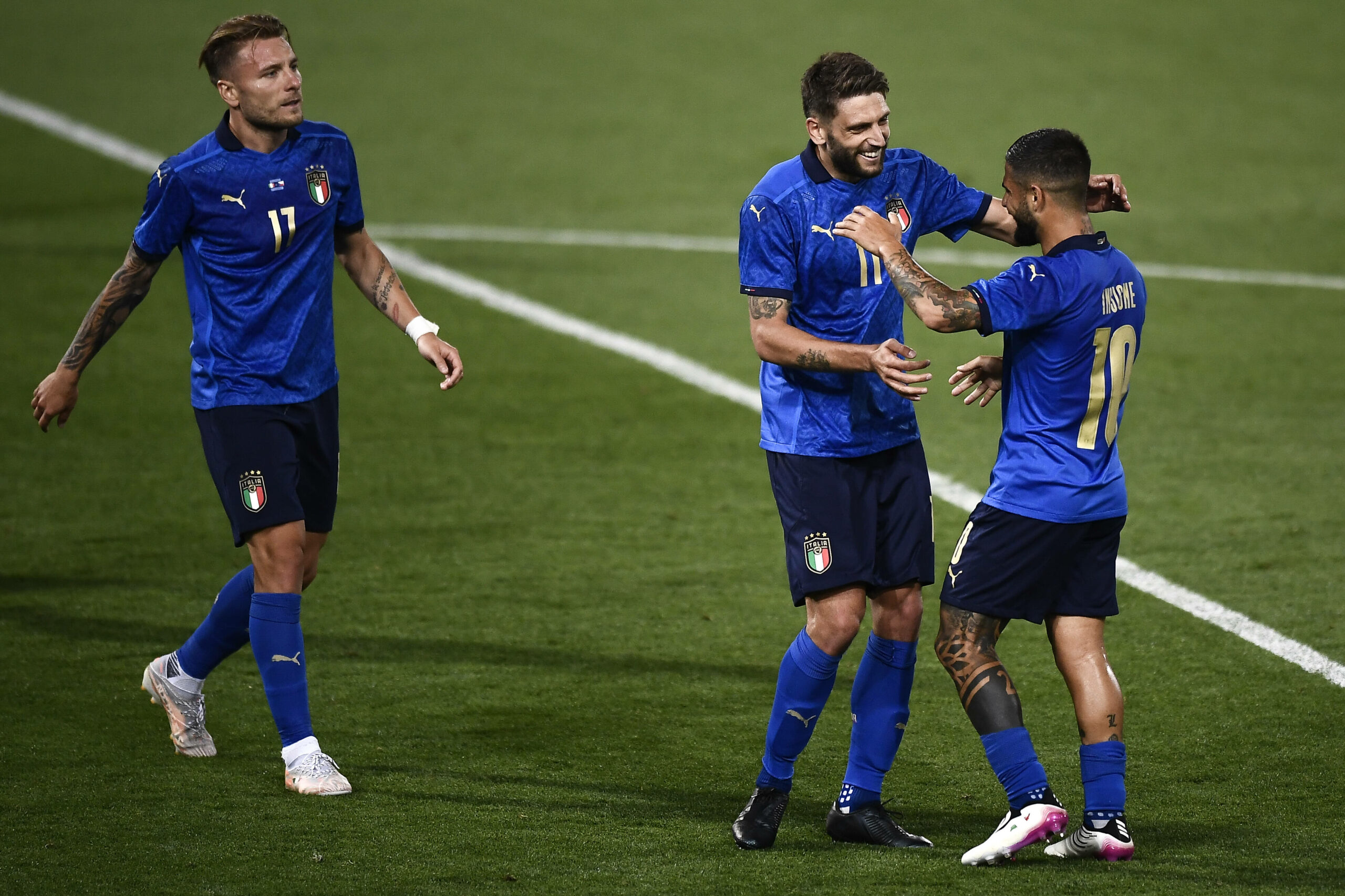 According to Sportitalia (via MilanNews), the Rossoneri have laid their eyes on the star forwards as they look to bridge the gap on Inter Milan following a second-place finish in the 2020/21 Serie A season.

Calhanoglu parted ways with the San Siro outfit to link up with their bitter rivals Inter earlier in the summer, leaving a sizeable gap in the front third for Paolo Maldini to cover.

After failing to qualify for the Champions League for seven consecutive years, the seven-time European Cup winners will return to the biggest European stage next season.

Reinforcements are necessary to keep Stefano Pioli’s side competitive on multiple fronts, and Maldini has started to piece together his market plans.

Adding a new winger features the Italians’ list of priorities close to the top, with Berardi and Insigne profiles examined by Milan in recent times.

Berardi has spent his entire senior career at the Mapei Stadium, amassing over 100 competitive goals for Sassuolo during his eight-year spell at the club.

The 26-year-old, who racked up 17 goals and seven assists in Serie A last season, played a prominent role in Italy’s imperious Euro 2020 title charge.

Though he lost his place in Roberto Mancini’s starting XI to Juventus’ Federico Chiesa down the final stretch of the tournament, Berardi caught the eye of several top clubs.

Liverpool, Tottenham and Leicester City have picked up interest in the highly-rated winger, which could hurt Milan’s hopes of closing the deal with Sassuolo.

In the meantime, Insigne has been an omnipresent figure for Napoli over the past decade, helping the team lift to Coppa Italia titles.

However, the 30-year-old could be on the way out of the Stadio Diego Armando Maradona after the Partenopei failed to land a top-four Serie A finish on the final day of the season.

The prospect of Insigne leaving Napoli looks a bit unrealistic, but there is an outside chance for the Rossoneri to secure a blockbuster move for the Italian star.