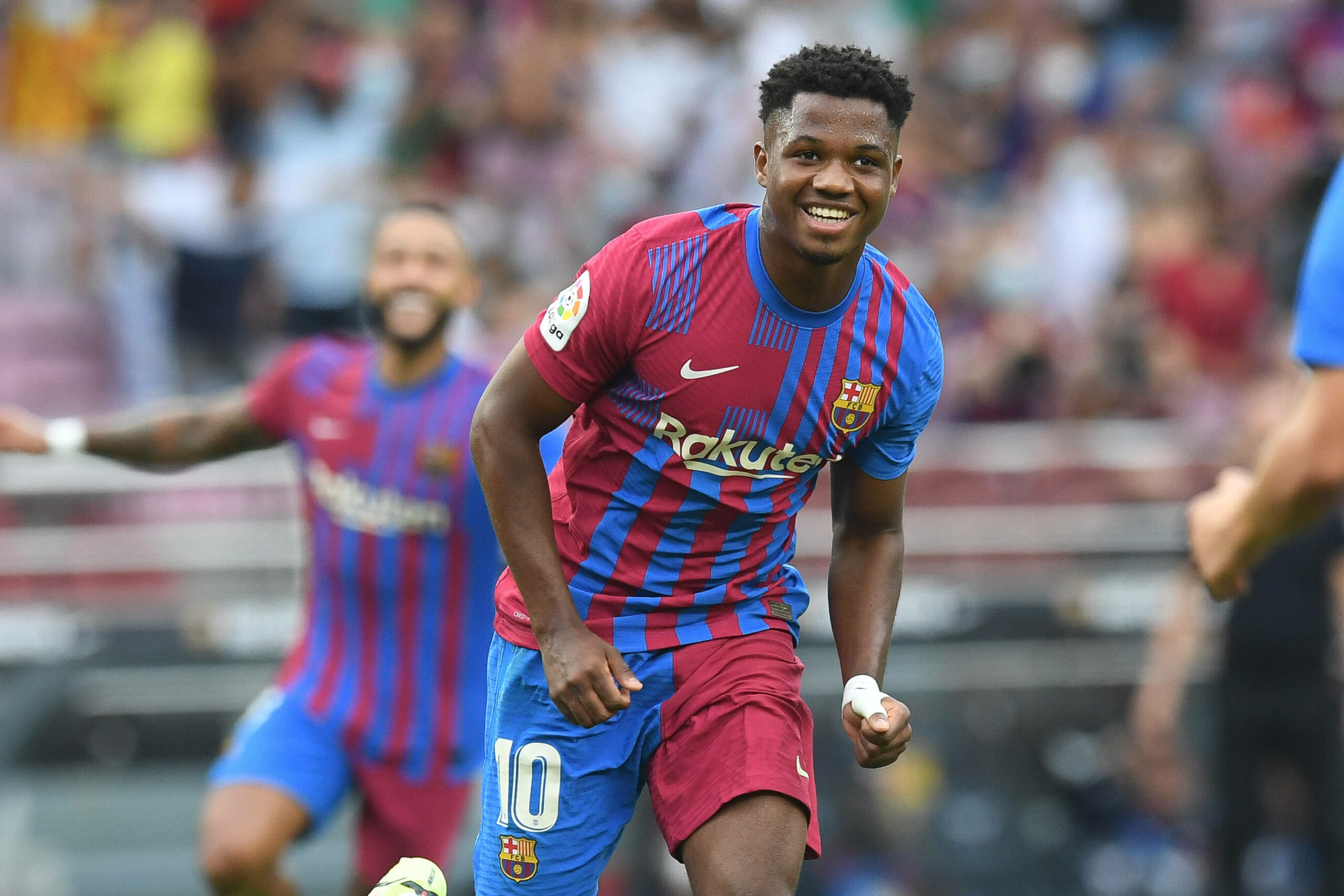 Ansu Fati has insisted that there is no pressure in taking the number ten shirt at Barcelona after Lionel Messi, labelling it ‘an honour’.

The teenager made his breakthrough early in the 2019/20 season as a 16-year-old.

He quickly established himself as one of the most promising youngsters in the world, breaking all manner of records.

After a strong start to the 2020/21 campaign, his season was cut short due to a long-term injury.

He returned to action this weekend, scoring a fantastic goal during his ten-minute cameo against Levante.

There are high hopes for the Spaniard, with many believing he will be a superstar.

The club have shown immense faith in him, handing him the iconic number ten shirt previously worn by Messi.

The next owner of the number ten at Barcelona was always going to come under pressure. Nonetheless, Fati has insisted that he is not feeling the heat.

Speaking after the victory against Levante, as quoted by Marca, Fati said: “The number ten is not a pressure. It is an honour to take it after Leo (Messi). Thank you to the club and the captains.”

The forward continued to outline his targets for the season. While the Catalan giants have not been at their best over the last few years, Fati is still aiming high.

“We are Barcelona,” he added. “We are going for the league, the Champions League, and all the competitions. We are Barca, and we have to fight and work.”

La Blaugrana have not made an ideal start to the campaign. They remain unbeaten in La Liga but have dropped points against Athletic Bilbao, Granada and Cadiz.

Meanwhile, they suffered a 3-0 humbling at home to Bayern Munich in the Champions League.

As a result, manager Ronald Koeman has come under immense pressure, with reports that he could be dismissed at any moment.

Over the next month, Barcelona have several crucial games.

They face Real Madrid and Atletico Madrid in the league and also have two Champions League matches to play.

This run of fixtures could be make or break for Koeman.