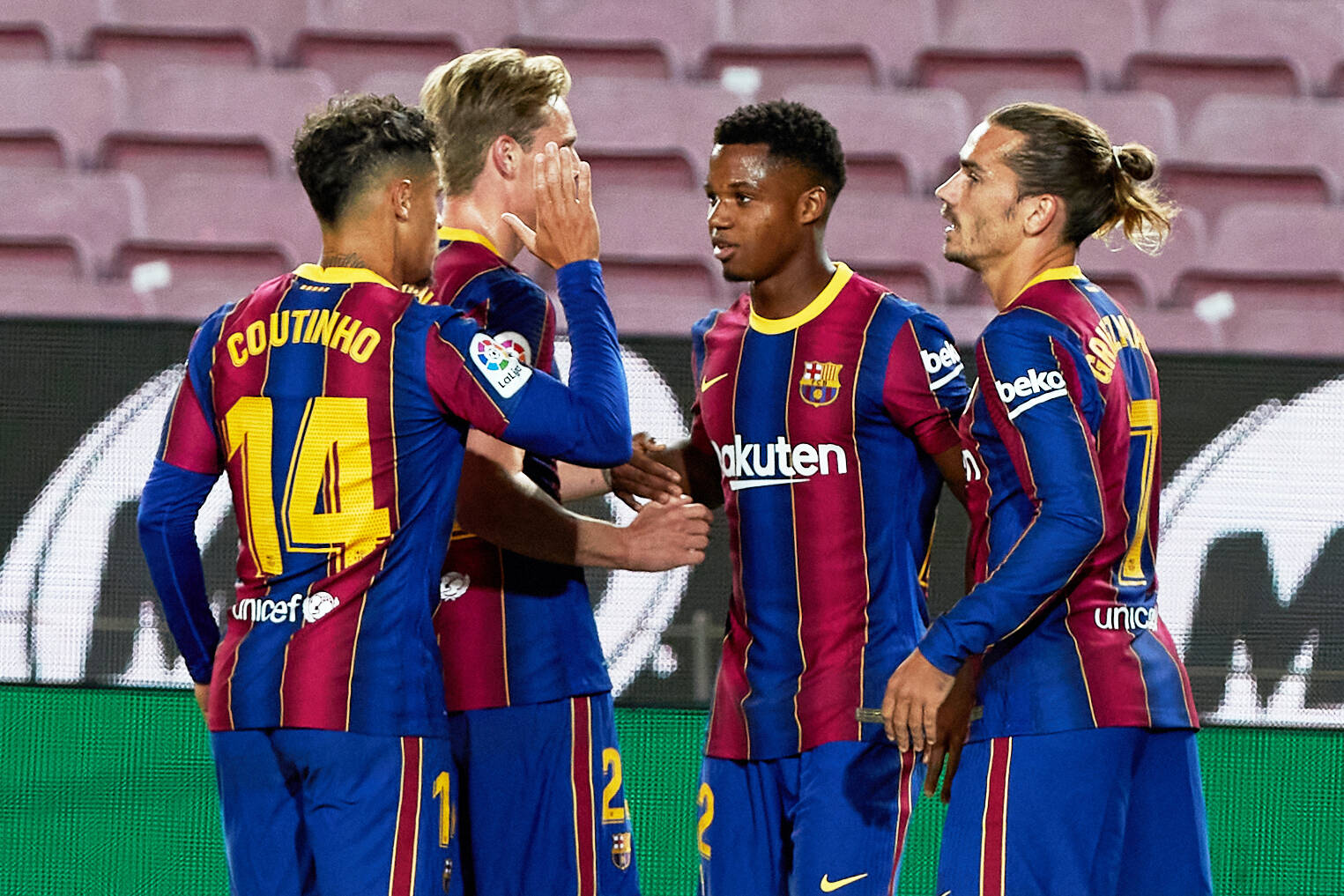 Barcelona have deemed Antoine Griezmann and Philippe Coutinho surplus to requirements and will be looking to cash in on the duo this summer.

As reported by Spanish publication Sport, the Catalan heavyweights have to reduce the ballooning wage bill to get permission to register Sergio Aguero and Memphis Depay.

Although La Liga allowed Barcelona to register Lionel Messi, the Camp Nou outfit had to provide assurances that they will trim their wage bill to the optimal level.

Indeed, Barca need to cut off a whopping €175million to bring their payroll within a new salary cut, which is likely to see several first-team stars leave Catalonia in the coming weeks.

President Joan Laporta, who has already made it clear he will do everything in his power to get the club out of staggering debt, is ready to sacrifice Griezmann and Coutinho, bought for €120m and €135m respectively.

Barcelona spent €120m to trigger the Frenchman’s release clause two years ago, making him one of the club’s highest earners.

Though Griezmann enjoyed a decent last season at Camp Nou, tallying 20 goals and 13 assists in all competitions, he could hit the road in the summer. Valued at €60m by TransferMarkt, Barcelona want to reduce both the transfer amortisation costs as well as the wages.

Talks between the Catalans and Atletico Madrid over a high-profile swap deal involving the 30-year-old and Saul Niguez are well underway.

Meanwhile, Coutinho has never managed to convince since securing a blockbuster €135m move from Liverpool in January 2018.

The Brazilian has no future at Barcelona, with the Spanish giants looking to either sell him outright or send him on another loan to get his salary off the books.

Coutinho has registered 90 appearances for the Blaugrana. If he hits a 100-game milestone, Barca will have to pay the Reds a bonus of €20m, which they want to avoid.

Barcelona are reportedly ready to give up the playmaker for a mere €25m in the summer just to get rid of his wages.