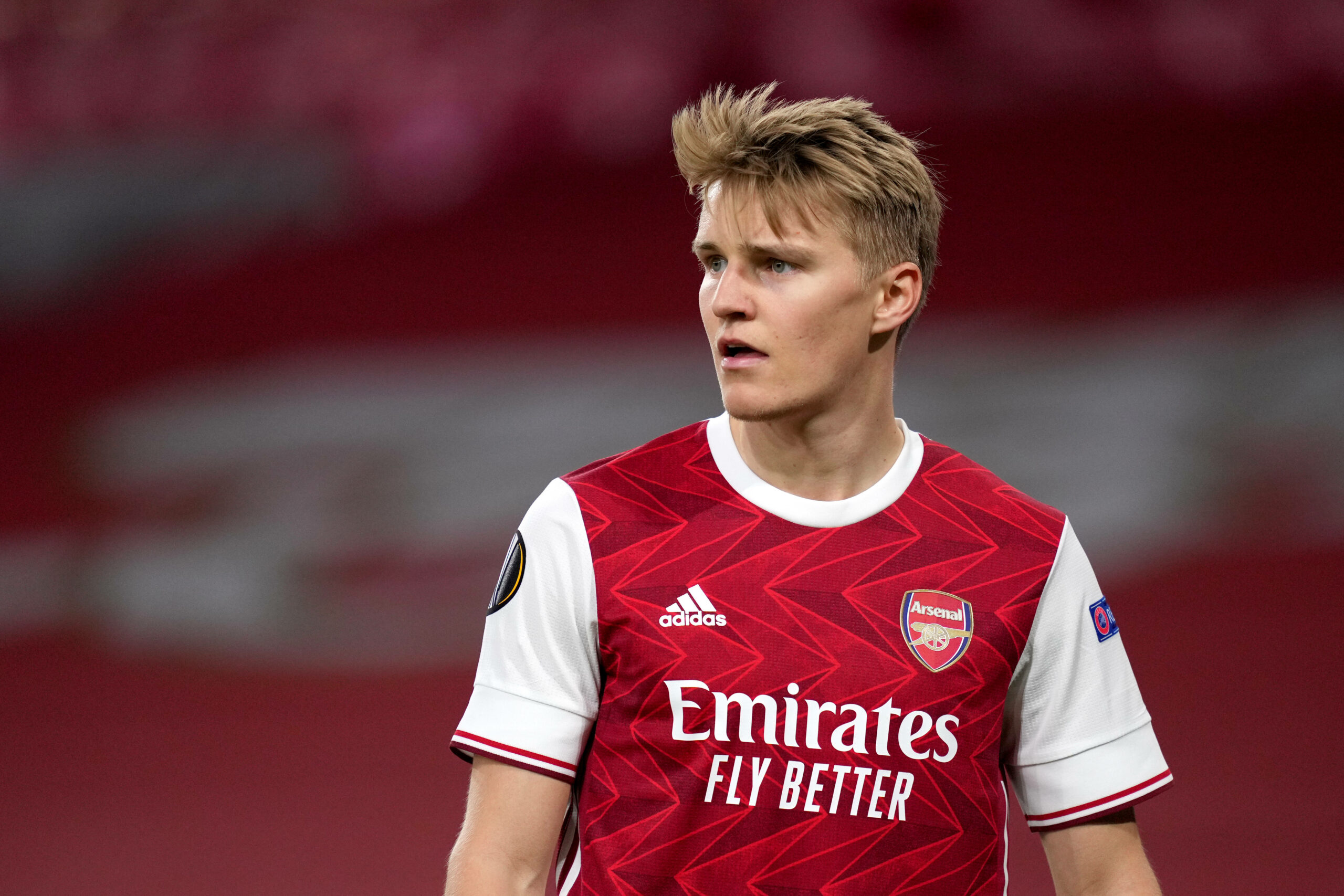 Arsenal have stressed they are ‘ready to pounce’ should Martin Odegaard become available this summer, the Daily Mirror reports.

Real Madrid are preparing a mass overhaul of their senior squad as they look to slash their wage bill by up to £150 million ahead of the new campaign.

Odegaard joined the Gunners for the second half of the 2020/21 season and enjoyed a positive spell in north London.

Los Blancos are likely to listen to significant offers for the Norwegian star as they look to recover from the financial implications suffered due to Covid-19.

Last season marked another underwhelming campaign for the Gunners as they finished in 8th place in the Premier League standings and missed out on European football for the first time in 25 years.

However, a single silver lining that arose from last year’s failures was the promising performances from midfield due Odegaard and Smith Rowe.

Odegaard arrived from the Bernabeu in January and went on to register two goals and two assists in 20 appearances across all competitions.

Although the 22-year-old’s stats hardly jump off the page, Odegaard’s desire to drop deep to receive the ball was crucial in vitalising Arsenal’s creativity in the second half of the season.

The Real Madrid man’s first thought was always progressing up the pitch, something that had been glaringly missing during Arsenal’s dismal November and January last year.

Smith Rowe’s dynamic presence throughout last season also gave the Gunner’s faithful something to cheer about, with the Croydon-born youngster now one of the first names on Mikel Arteta’s team sheet.

The pair were played together regularly upon Odegaard’s arrival and were crucial to Arsenal’s promising form during the second half of the campaign.

Despite this, picking up form during the latter stages of a Premier League season has so often been Arsenal’s Achilles heel, and Mikel Arteta’s midfield recruitment will be essential if he is to hit the ground running when the new Premier League campaign kicks off in a months’ time.

Although Odegaard has since returned to his parent club in seek of establishing himself within Carlo Ancelotti’s side, Madrid remain in urgent need of trimming their wage bill and the sale of Odegaard would go some way in helping to recover lost ground financially.

Mikel Arteta has previously stated his ambition to keep Odegaard at the Emirates, and the former Real Sociedad man had spoken to those close to him on how easy it was to settle into life in north London, and how welcome he was made to feel as part of the Gunner’s side.

Los Blancos have an abundance of midfielders to choose from going into the new campaign including Federico Valverde, Isco, Toni Kroos and Luka Modric – all of whom have been preferred over Odegaard in recent years.

Were Arsenal to come forward with a sizeable transfer offer for the attacking midfielder, there would be no doubt that Madrid would be tempted, and Odegaard himself would be returning to a club he was made to feel essential to future plans.

The Gunner’s solely relying on Smith Rowe for their creative output going into the 2021/22 season would be an incredible risk, and pushing for the return of Odegaard to the Emirates would reignite a midfield pair that sparked Arsenal into life during the second half of last season.

Arteta and his hierarchy must show their statement of intent as the new season fast approaches.