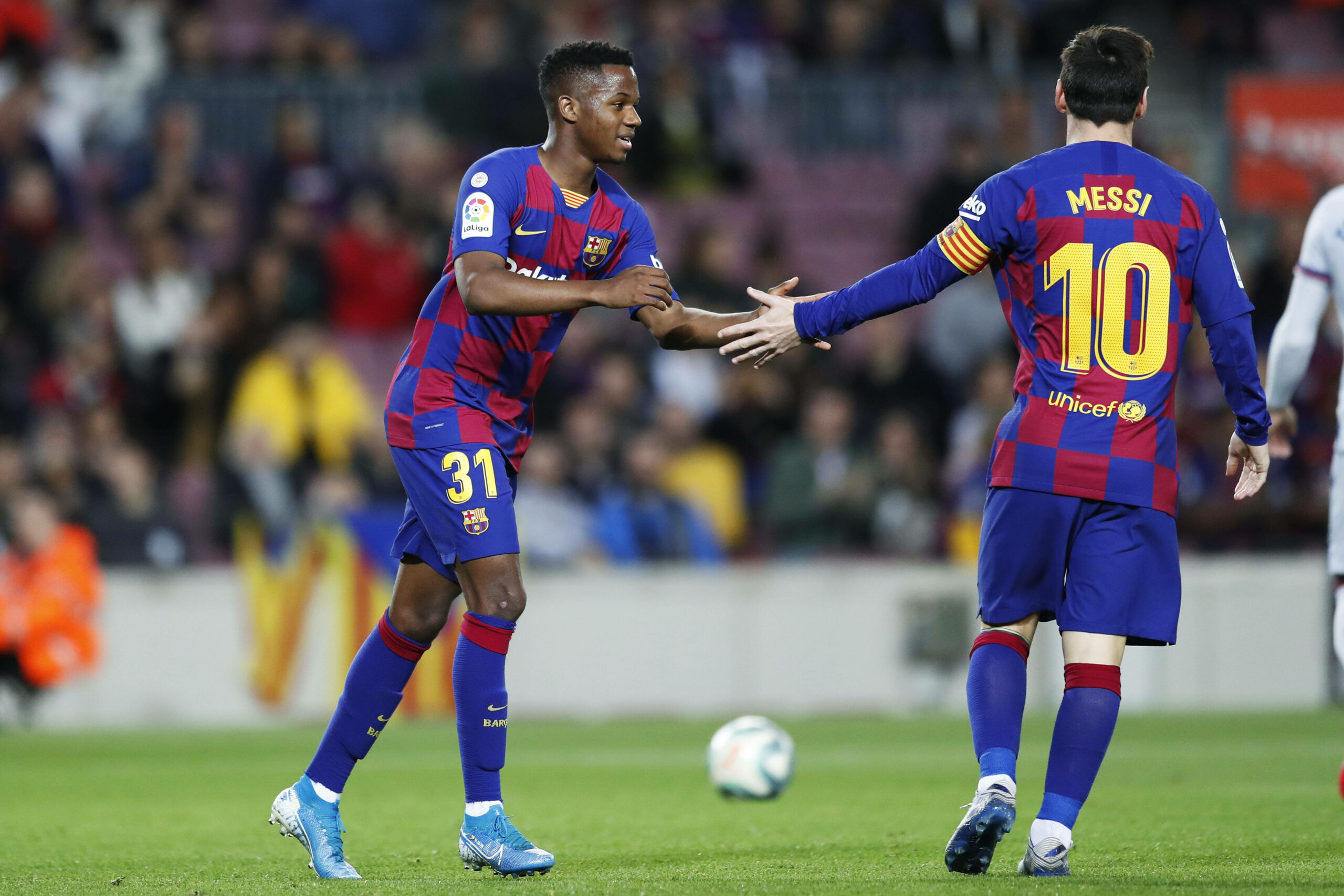 Barcelona almost sold young forward Ansu Fati to keep Lionel Messi at the club, according to a report by Catalan outlet ARA.

Messi was forced to leave Barcelona this summer after the club racked up debts of over €1 billion.

Their astronomical wage bill was way over La Liga’s salary cap, which caused a huge struggle to register new players.

The six-time Ballon d’Or winner offered to take a huge pay cut, but even a 50% reduction wasn’t enough to have him registered.

As a result, he departed Camp Nou and transferred to Paris Saint-Germain.

This wasn’t the end of the financial woes during the transfer window. Several first-team players had to take pay cuts to register new signings. Meanwhile, forward Antoine Griezmann returned to Atletico Madrid.

According to ARA, Jorge Messi – Messi’s agent and father – suggested to club president Joan Laporta to sell Ansu Fati to keep the 34-year-old.

Fati has emerged over the last two years as one of the most promising young prospects in football.

He broke all sorts of records when he made his breakthrough as a 16-year-old, including becoming the youngest goalscorer in the history of the Champions League.

His form has attracted a lot of attention across Europe. Had they decided to sell the teenager, Barcelona likely would have pocketed a healthy sum.

However, question marks would have been raised over whether it was worth letting go of a player of his talent to keep an ageing Messi around for a few more years.

Fati has since taken Messi’s iconic number ten shirt at La Blaugrana. He is expected to be a key part of Ronald Koeman’s side this season once he returns from his long-term injury lay-off.

Next up on the agenda is a new contract for the youngster. He has less than a year left on his current deal but is apparently enthusiastic about renewing.