Barcelona have total confidence in Ronald Koeman as manager 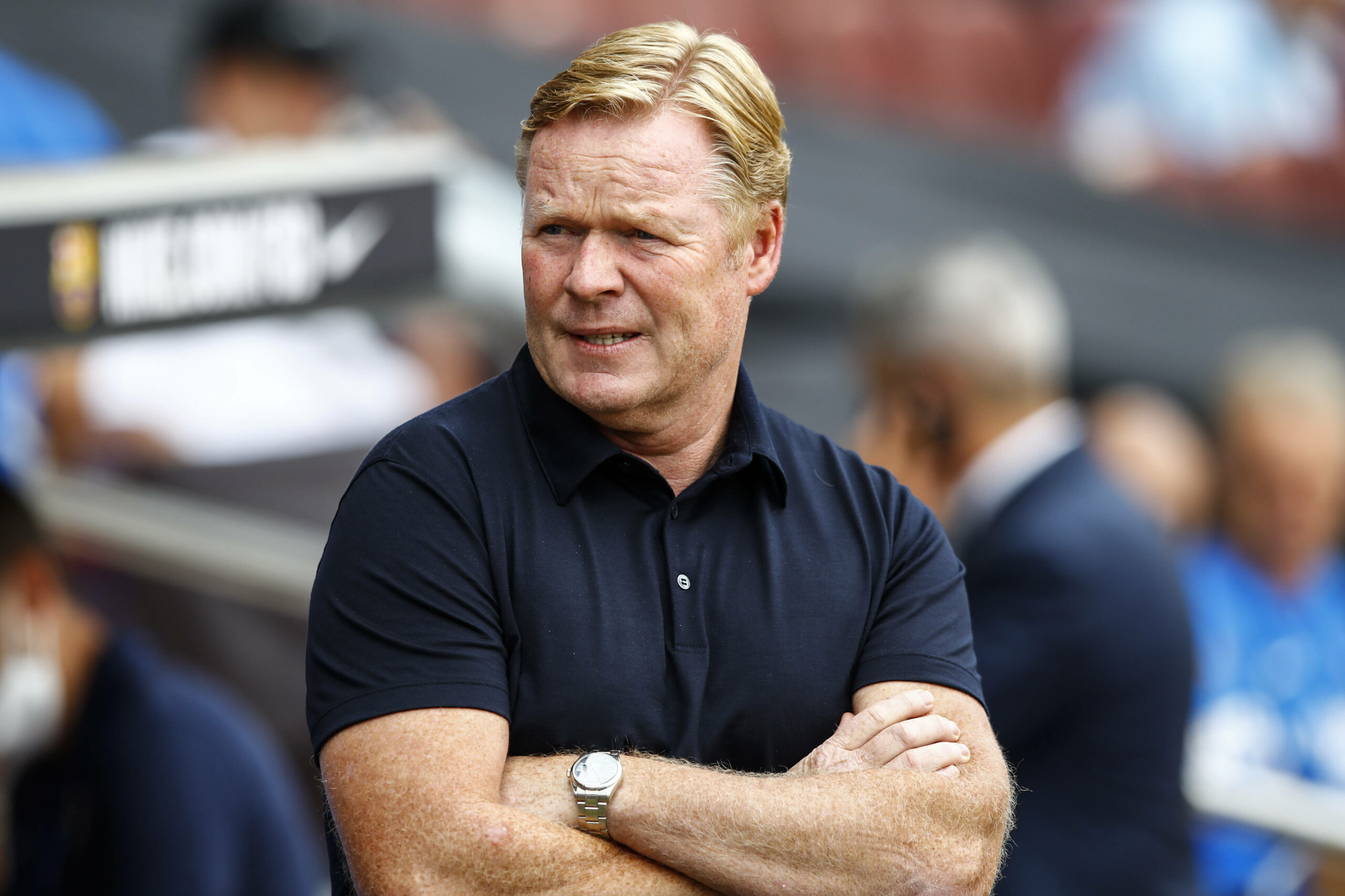 Barcelona’s hierarchy have total confidence in Ronald Koeman and believe he is the right manager to take them forward, Spanish publication Sport reports.

The Catalan giants ended the previous campaign on a disappointing note as they finished third in the league standings behind Atletico Madrid and Real Madrid.

They were within the mix for the La Liga title, but their form was poor in the final phase of the campaign. The club picked just eight points from the last five games.

Following the season, there were doubts whether Koeman would remain at the helm. Returning club president Joan Laporta was also uncertain about the same.

The board, also consisting of Rafa Yuste, Mateu Alemany and Ramon Planes, backed the Dutchman to continue and honour the final year of his deal.

It is now reported that the hierarchy are pleased with Koeman’s handling of the team amid the exit of several high-profile first-team stars to ease their wage bill.

Koeman is prepared to work with upcoming La Masia graduates, and it is reported that he could be handed at least a one-year extension with a rebuilding job ahead.

The Blaugrana have drastically changed from last season, with Lionel Messi and Antonio Griezmann no longer at the club. The former’s exit was a huge shock to many fans.

Memphis Depay has been a quality addition on a free transfer, and he has already made his presence felt. Sergio Aguero could do the same on his return from a knee injury.

Despite this, there is a lack of fear factor when it comes to the frontline. Martin Braithwaite has regularly led the line this term, and the club added Luuk de Jong on loan on deadline day.

De Jong is far from a high-profile replacement for Griezmann, who was allowed to make the surprise return to Atletico Madrid on a two-year loan with an obligation to buy for €40 million.

The Blaugrana know that they are in for a tough season, and the onus could be on securing a minimum top-four finish if they struggle to stay in the title hunt with the Madrid giants.

The club were eyeing a last-gasp deal for RB Leipzig’s Dani Olmo last month. The club could return for their graduate when the transfer window reopens, but he will cost at least €75m.

Koeman’s side have made a constructive effort to lower their surplus wage bill amid La Liga’s new salary cap. It remains to be seen whether they can afford to pay a significant fee up front for Olmo.