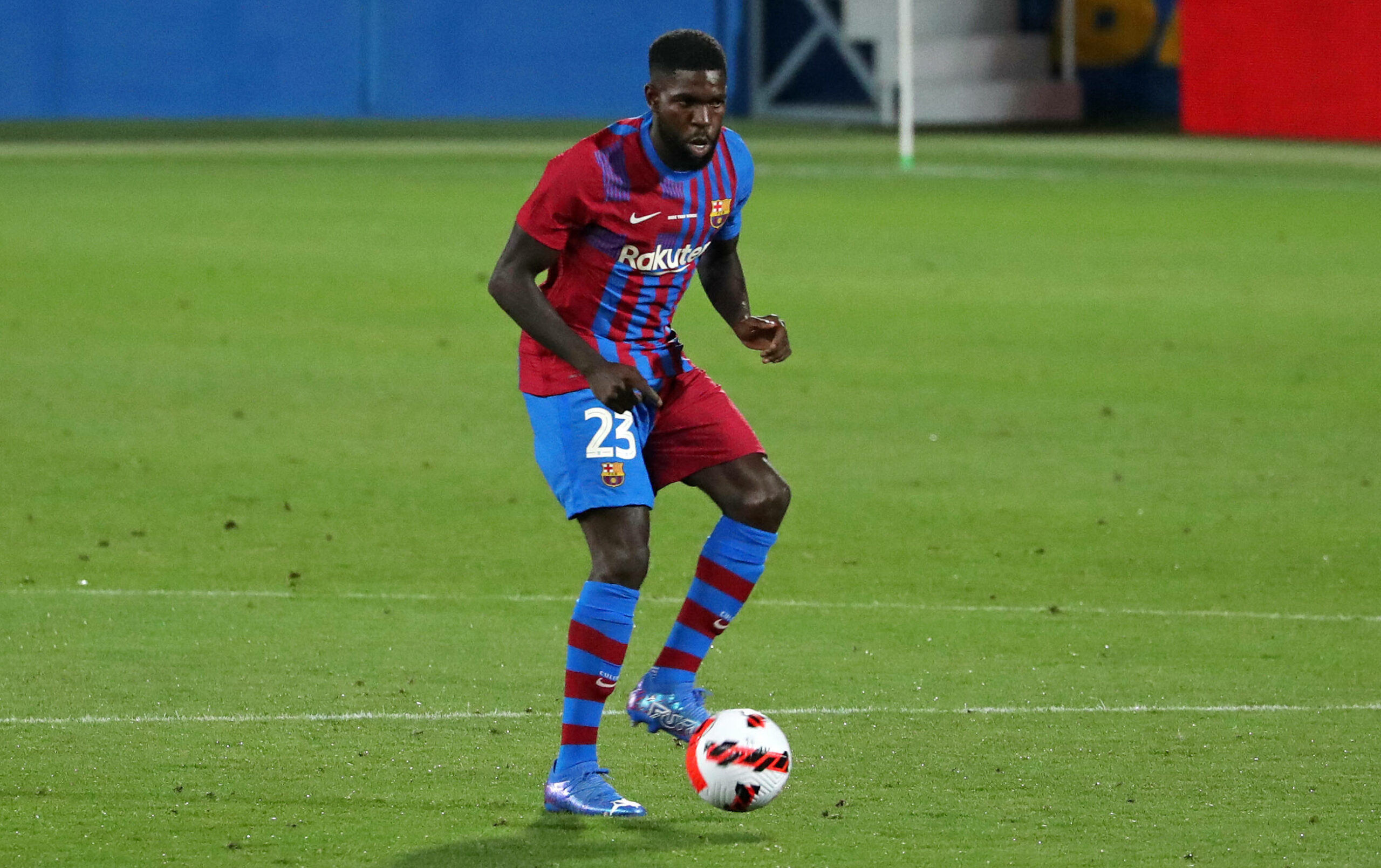 Barcelona are reportedly furious with the out-of-sorts defender Samuel Umtiti and want to terminate his contract to reduce their ballooning wage bill.

According to Spanish publication Diario Sport, the Catalan giants are desperate to get rid of the Frenchman’s £212,000-per-week contract after running out of patience with his lackadaisical attitude.

Cash-strapped Barcelona are looking to offload several high earners to trim expenditure, and the 27-year-old is among a group of players deemed surplus to requirements.

The Camp Nou powerbrokers have decided to terminate the centre-back’s contract that runs out in 2023 following his disappointing off-season displays.

A lack of effort to regain full fitness and underwhelming overall performances threaten to cut short Umtiti’s adventure in Spain.

The player wants to see out his deal at Barcelona, and he has reportedly turned down numerous opportunities to leave as he looks to upset his employers even further.

Barca have tried to move their fringe defender on several times in the summer and could now opt to sack him, even though it could trigger legal action from Umtiti’s team.

Given Umtiti’s medical record over the past couple of seasons, it comes as no surprise that there are only a handful of clubs interested in acquiring his services.

Everton and Arsenal have emerged as potential suitors.

However, the Gunners are now effectively out of the race to sign the ex-Lyon man after spending £50 million to land Ben White from Brighton & Hove Albion.

Meanwhile, the Toffees are still entertaining the prospect of snapping up Umtiti as Rafa Benitez looks to increase competition at the back.

Everton have been active in the transfer window, with Andros Townsend and Demarai Gray joining the Goodison Park outfit during the summer.

Benitez wants to add another defender, and Umtiti’s current situation at Barcelona could serve as an invitation for the Spaniard to make a bid.