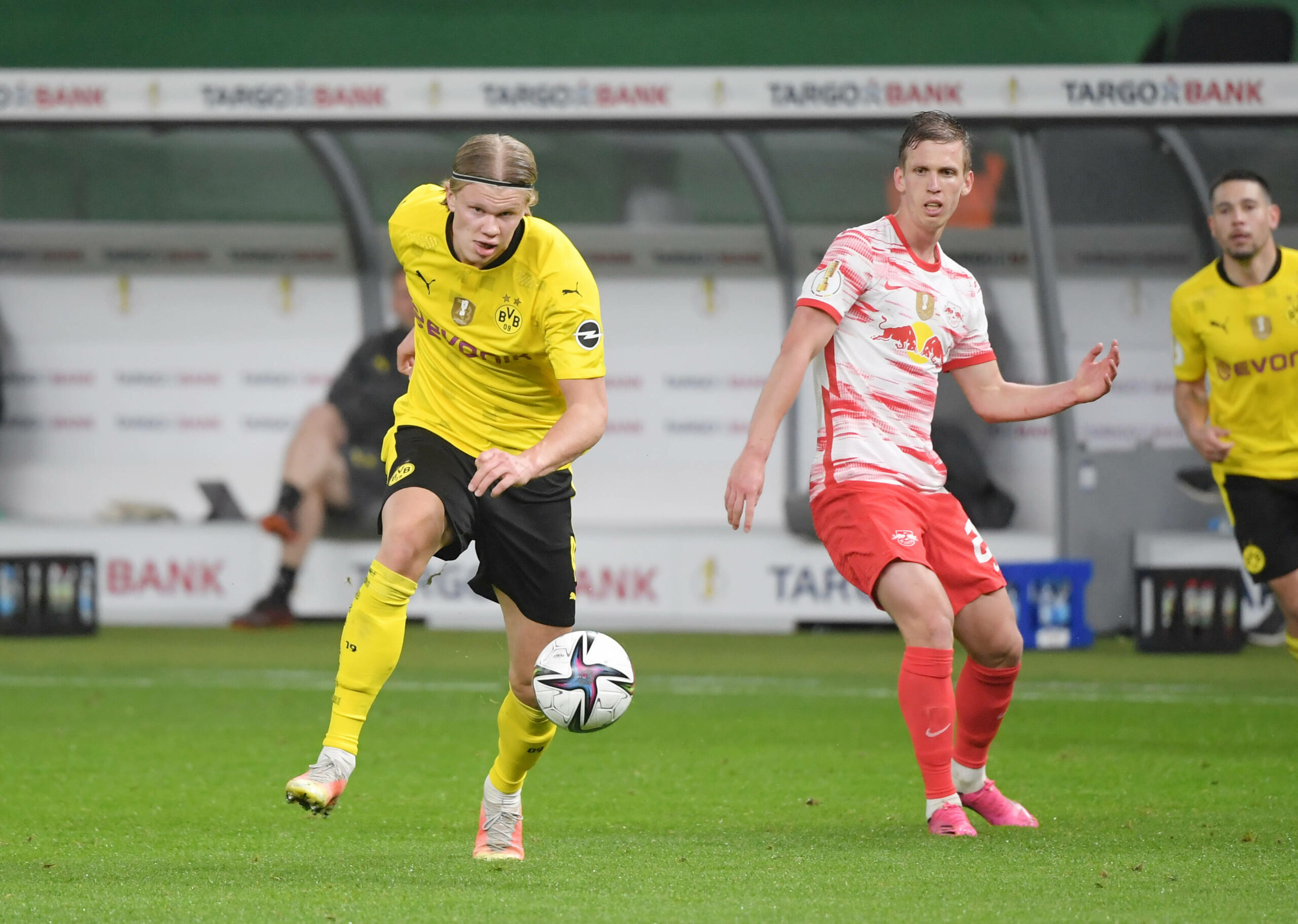 Barcelona are plotting moves for Erling Braut Haaland, Paul Pogba and Dani Olmo in 2022, according to Spanish outlet Mundo Deportivo.

It’s been a difficult few years for Barcelona. They have lost their grip on the La Liga title – missing out in each of the last two seasons – and have suffered several humiliations in the Champions League.

Their financial situation has been a massive contributor to their downfall. Having accumulated over €1 billion in debt, they have had to cut costs by letting go of several key players, including club legend Lionel Messi.

In addition, they have found themselves limited to cheap signings, bringing in the likes of Memphis Depay, Sergio Aguero and Eric Garcia on free transfers this summer.

However, newly-elected president Joan Laporta hopes to bring the club back to the top. Mundo Deportivo reports that the Catalan giants are eyeing up deals for Haaland, Pogba and Olmo next summer.

Haaland has emerged over the last two years as one of the deadliest forwards in the game.

Since joining Borussia Dortmund in January 2020, he has netted an astonishing 66 goals in as many games at club level, as well as 21 in 17 in the Champions League.

Last summer, the Norwegian’s representatives met with the La Liga club to to discuss a deal. However, Dortmund’s reported €175 million asking price was out of their reach.

However, the 21-year-old reportedly has a release clause of around €75m that will activate in 2022. This is expected to cause a huge scramble for his signature across Europe.

Manchester United midfielder Pogba has just under a year remaining on his current contract. It is unclear whether he will renew – although recent reports have hinted that he is leaning towards staying at Old Trafford.

The World Cup winner has also been previously linked with Barcelona. Although, like Haaland, several top clubs are also reportedly eyeing up a move for him, inncluding Real Madrid and Paris Saint-Germain.

As for Olmo, he was the subject of a late bid in the previous transfer window from La Blaugrana, believed to be around €58m. RB Leipzig rejected the offer, demanding a reported €75m for the Spain international.

With Lionel Messi and Antoine Griezmann both departing, a new playmaker is essential at Camp Nou. Olmo could fit the profile, with eight goals and ten assists in his 46 Bundesliga appearances.