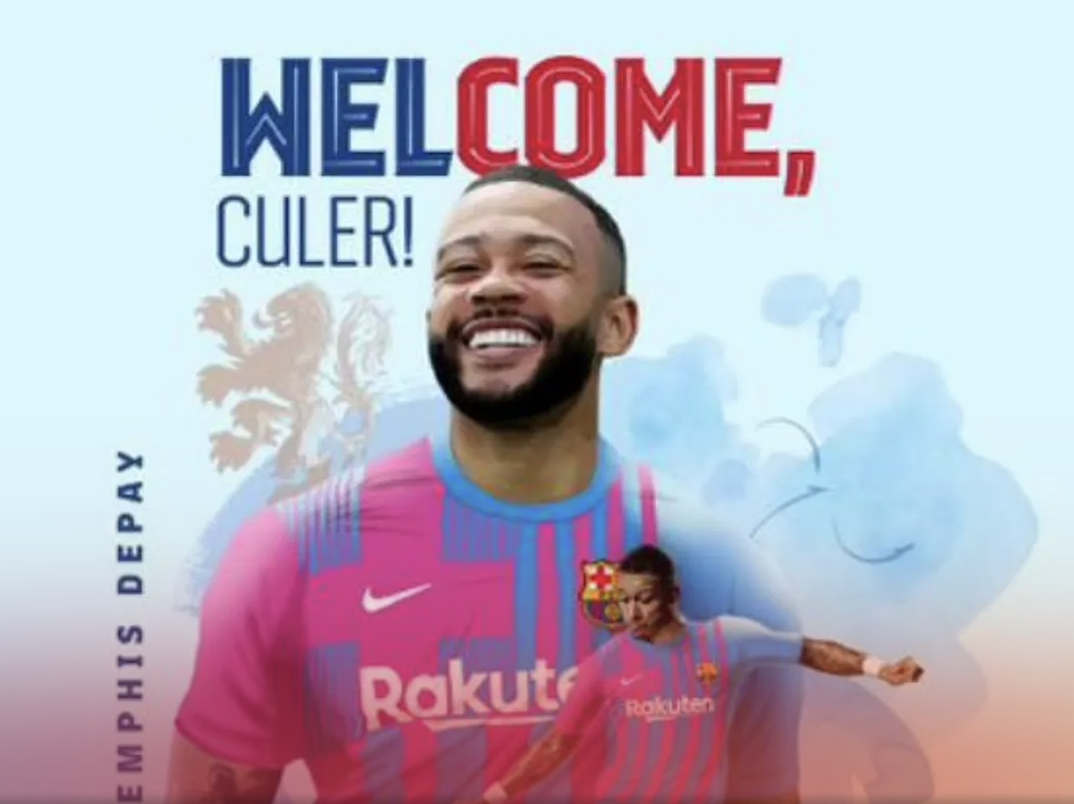 Memphis Depay is now a Barcelona player, with the La Liga club making the official announcement last night. He has signed a two-year contract (till the end of the 2022/23 season) and arrives on a free transfer after his spell at Lyon in Ligue 1 came to an end.

The Dutchman was in impressive form for Lyon in France last season as he went on to score 22 goals in all competitions from 40 games.

The 27-year-old has been on the books of Lyon since 2017 and has gone on to score 63 Ligue 1 goals from 139 appearances for the club. He has matured tremendously as a footballer since his ill-fated two year spell with Manchester United between 2015-2017.

Depay is now in the prime of his powers as a player and Barcelona will be hoping that he can provide Lionel Messi with good support next season as the club looks to rebuild following several years of underachievement both domestically and in Europe.

Depay will be an upgrade on Martin Braithwaite who scored just seven goals from 42 appearances in all competitions for the Blaugrana last season.

Meanwhile, another player who has been linked with a move to Barcelona is defender Aymeric Laporte, according to Spanish publication Sport.

The 27-year-old helped Manchester City win the Premier League last season but could still be tempted to join the Blaugrana, especially after having recently committed his international future to Spain.

Should he join Barcelona, he will also be reuniting with former Manchester City team-mates Sergio Aguero and Eric Garcia who left the Etihad Stadium this summer.

An interesting season lies ahead for Barcelona who will be on a phase of rebuilding next season.