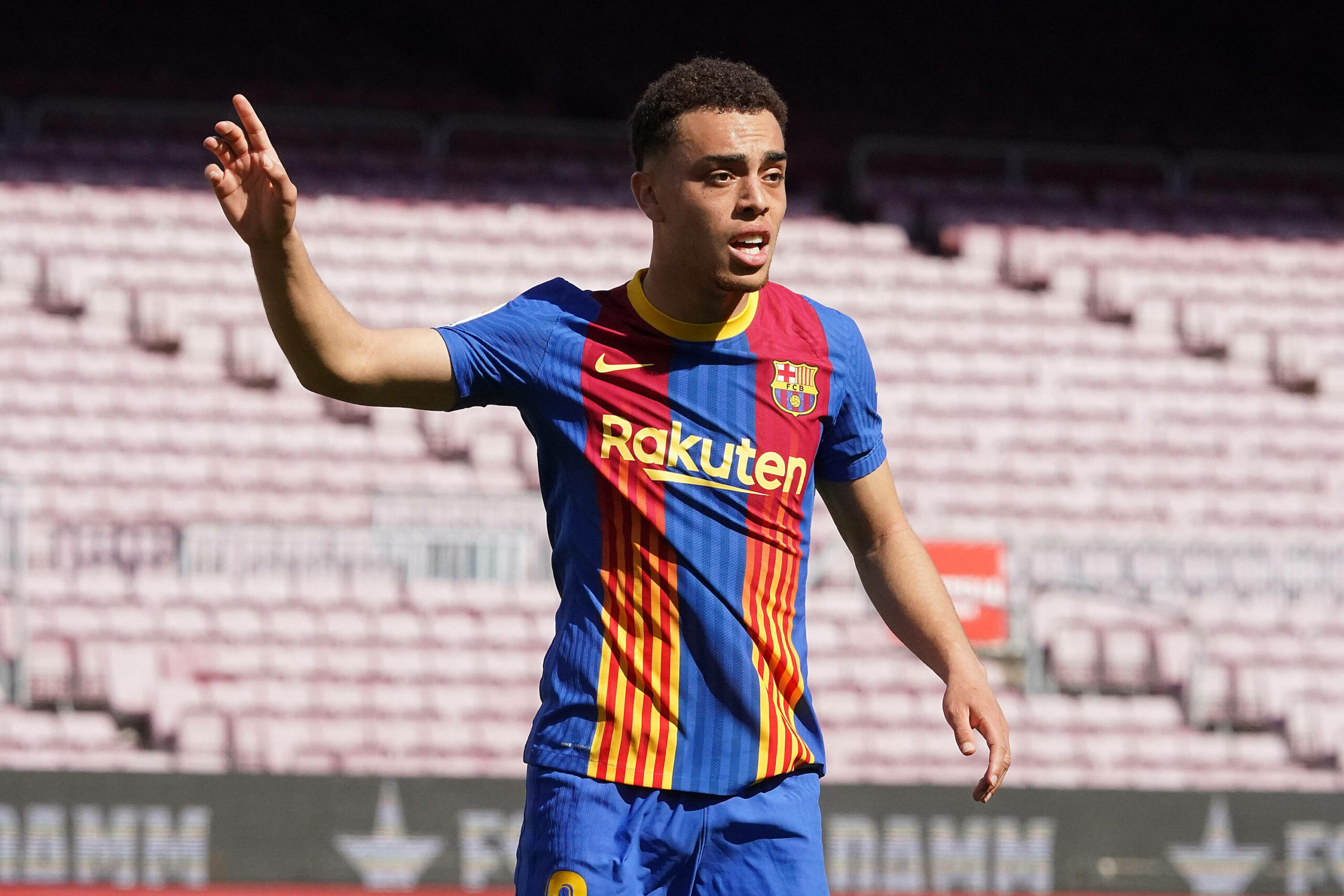 Bayern Munich are reportedly eyeing up a summer raid on Barcelona for one of their three right-back options to bolster their squad.

As reported by German outlet RAC1 (via Mundo Deportivo), the perennial Bundesliga champions have approached the Catalans about the prospect of signing one between Sergi Roberto, Sergino Dest or Emerson Royal.

Barcelona are well-stacked in the right-back position after bringing Emerson back from Real Betis back in June and may want to offload at least one of their three options.

Bayern’s prime target is Dest, who had a stellar debut season at Camp Nou following his €21million move from Ajax in the previous summer transfer window.

The Bavarians were interested in taking the United States international to the Allianz Arena last summer, but the player turned them down to join the Spanish side.

Although Barcelona would like to keep hold of the attacking-minded right-back, their financial struggle may force their hand this time around.

The La Liga heavyweights are facing financial turmoil and must reduce their wage bill to get permission to register new signings ahead of the 2021/22 campaign.

Despite convincing Lionel Messi to commit his future to Camp Nou, the Blaugrana have yet to receive a green light to register the Argentine and other newcomers.

Indeed, Sergio Aguero, Memphis Depay, Eric Garcia and Emerson all have to wait for Barcelona to cut down on costs to come within the financial fair play.

The Catalans have been working on the outgoings to trim the ballooning wage bill, with Francisco Trincao headed to Wolverhampton on a season-long loan.

Junior Firpo could soon follow in the Portuguese’s footsteps towards the Premier League, with a move to Leeds United looming.

Another first-team star is expected to leave Camp Nou in the summer as Barcelona and Atletico Madrid work on a like-for-like swap deal involving Antoine Griezmann and Saul Niguez.