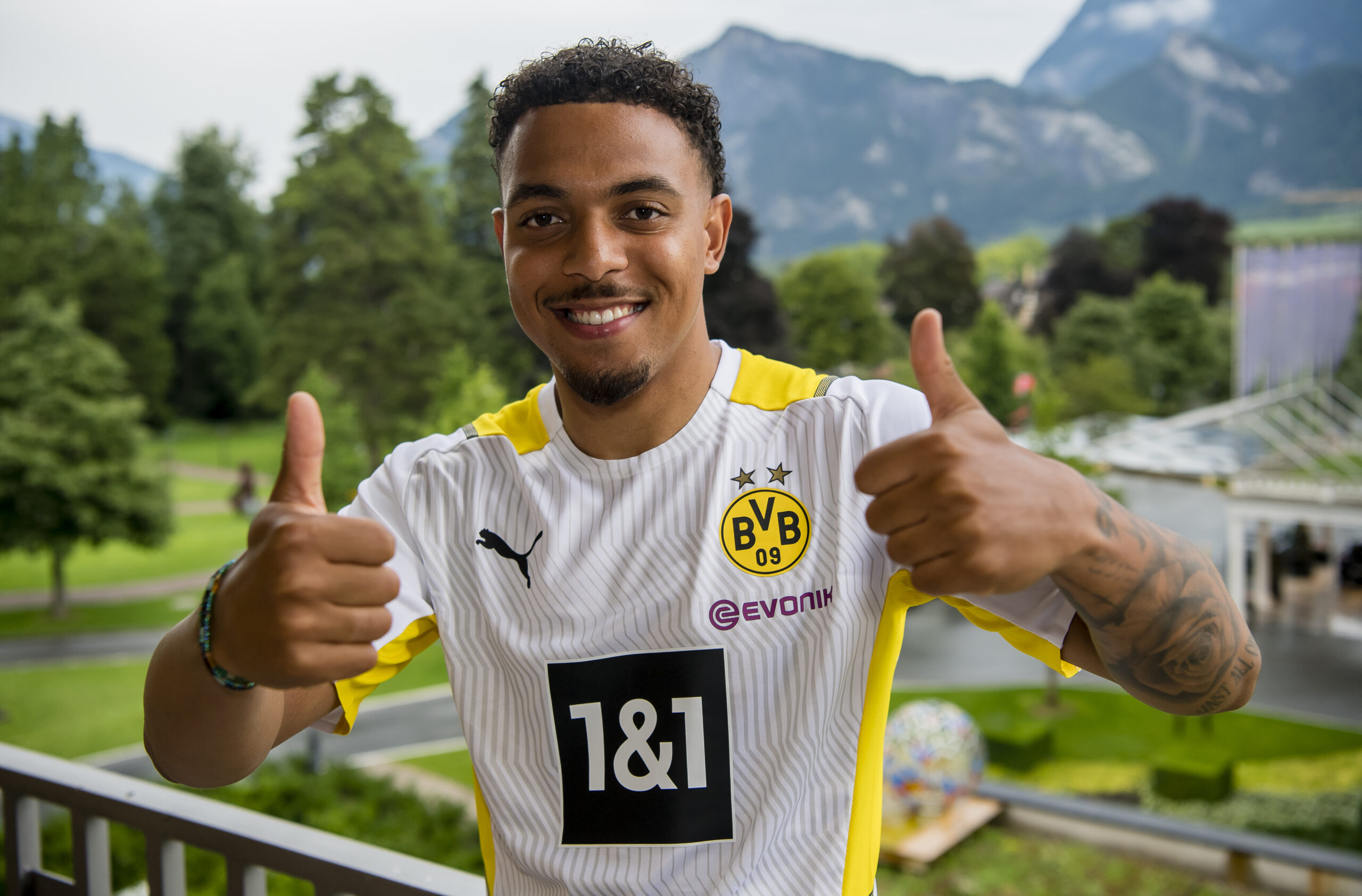 Borussia Dortmund announced the signing of Euro 2020 star Donyell Malen on Tuesday evening from PSV Eindhoven on a five-year deal.

The 22-year-old arrives at the Bundelsliga outfit following the departure of Jadon Sancho to Manchester United for £73 million.

Speaking to the club’s official site, Malen expressed his eagerness in getting started at his new club.

He said: “Borussia Dortmund are a top European club that are always fighting at the top of the Bundesliga and have high expectations in the Champions League.

“I can’t wait to be on the pitch with my new teammates to be able to compete with the best. And of course, I’m looking forward to the fans and the stadium that everyone in Europe raves about.”

Dortmund’s sporting director Michael Zorc added: “Donyell is a player with great offensive potential, who poses a real danger in front of goal. He will bring us his creativity and plays at a high tempo.”

Last season, Malen was involved in 37 goals in 45 matches for PSV (27 goals and 10 asists) and the Dutchman starred at this summer’s European Championships for his national side.

Despite the Netherlands falling short in the round of 16, Malen was one of the players of the group stages as he registered two assists over the three games.

Malen, who played for Ajax and Arsenal at youth level, is a versatile forward who can operate through the middle or from the left-hand side, allowing him to perfectly slot into Marco Rose’s starting XI.

Dortmund’s signing of the promising youngster marks bad news for Liverpool, with the Red’s previously confirming their interest in bringing Malen to Anfield.

The forward combines his incredible speed with his technical ability on the ball and his eye for goal and aptitude for defensive work, will only endear him to the Dortmund faithful.

Malen has already linked up with his new teammates at BVB’s training camp in Switzerland and will now focus on preparations ahead of the new Bundesliga season starting on August 13th.