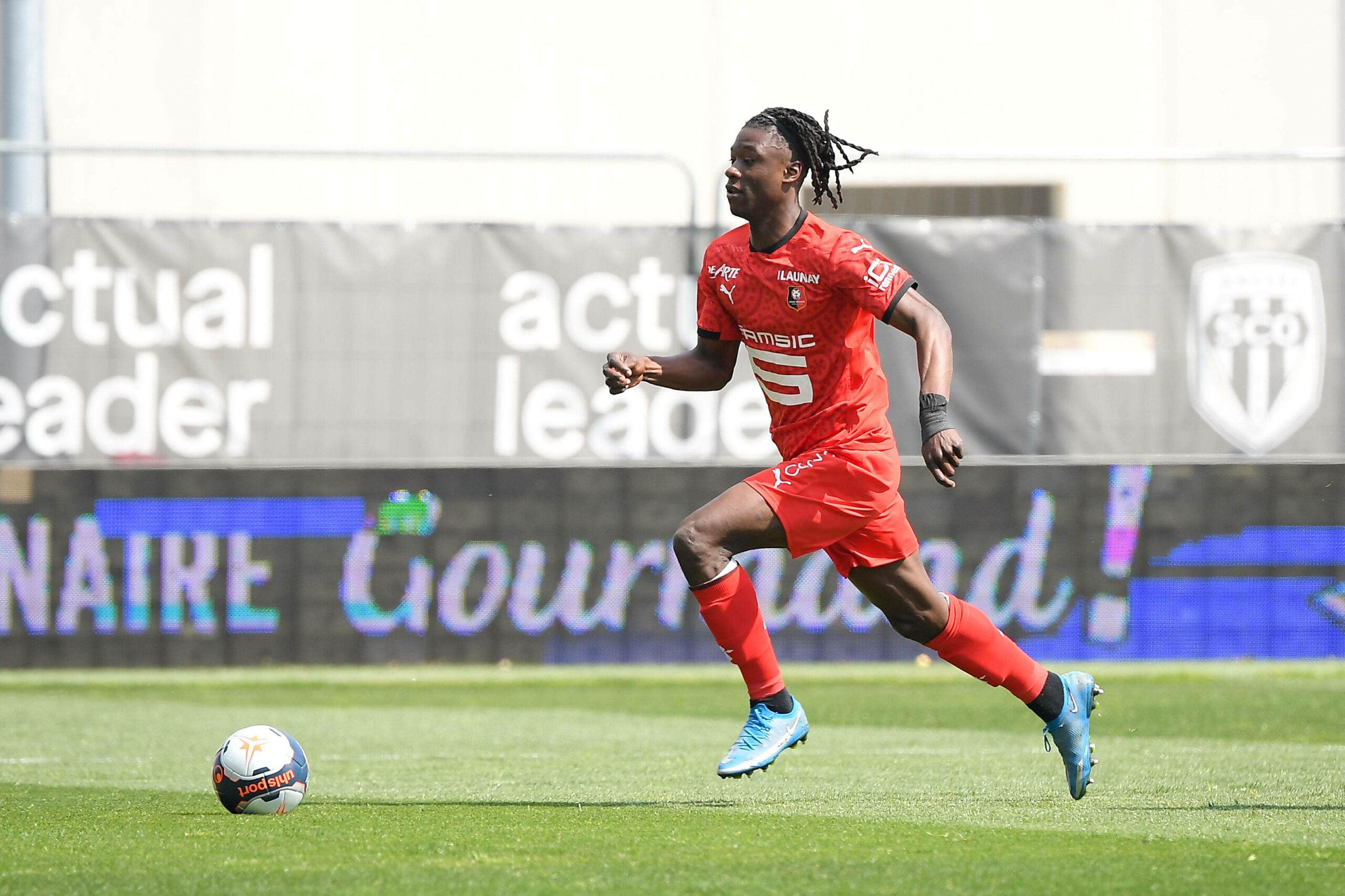 In the build-up to his side’s Ligue 1 trip to Brest on Sunday, the newly-appointed Rennes tactician told the 18-year-old to resolve his contract situation.

Camavinga has faced a wave of criticism over his underwhelming performance during Les Rennais’ 1-1 home draw with Lens in their league opener last weekend.

But Genesio stood up for the prodigious midfielder, putting the youngster’s dip in form to the ongoing transfer saga involving his potential switch to Old Trafford.

“He is capable of performing despite what’s being said of him, he didn’t have a catastrophic match, as I’ve read,” he said, as relayed by GetFrenchFootballNews.

“Now, the only explanation is that he has to resolve his situation. As long as he sits on the fence…

“You have to put yourself in the shoes of an 18-year-old player who’s become an international and doesn’t know whether he should leave or stay. It’s difficult to manage.

“The difficulty is that young players are very quickly faced with all of these issues.”

Camavinga has drawn plenty of attention towards his burgeoning talent since bursting onto the big scene at Rennes in April 2019.

Since becoming the youngest player to feature for the Roazhon Park outfit at 16, the French sensation has established himself as one of the indispensable first-team players.

His sparkling displays in Ligue 1 have not gone unnoticed.

Paris Saint-Germain are also interested in Camavinga, whose contract at Rennes is due to run out next summer.

To avoid the risk of losing their jewel on a free transfer in less than 12 months, Les Rennais are reportedly ready to negotiate his departure this August.

Ole Gunnar Solskajer is aware that signing a player of Camavinga’s virtues for around €30 million represents an opportunity United cannot overlook.

And Genesio’s recent statement could help to speed things up a bit.