Champions League round of 16 draw: The previous meetings 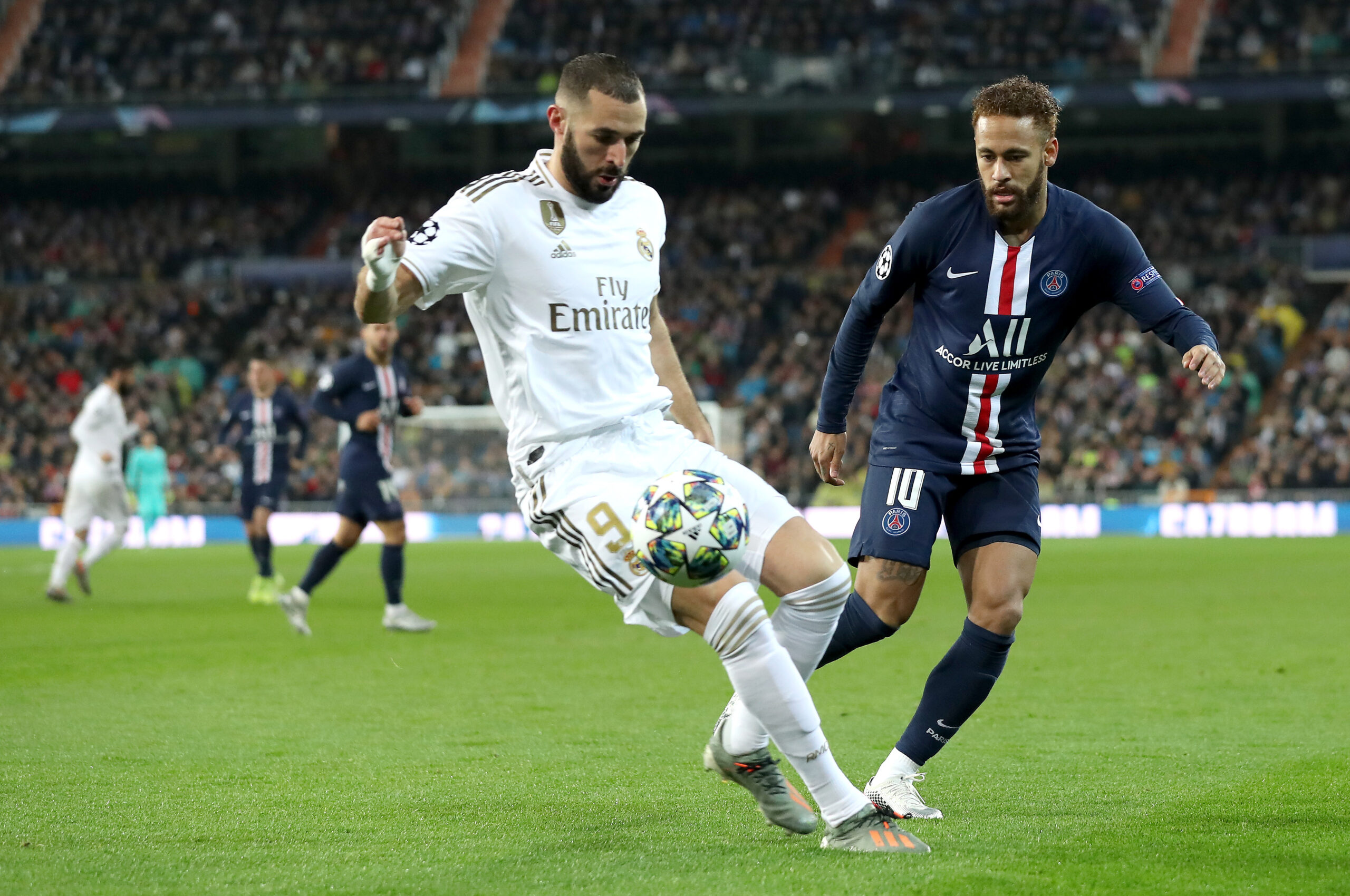 The Champions League group stages have finished, and the knockout stage is on the way.

We know our line-up for the round of 16. After not one but two draws, the fixture list for the first set of knockout games has been determined.

Here are the previous meetings between the sides.

You don’t have to go too far back to find the last time these two met. They were drawn against each other in last season’s group stage, and the two games produced 12 goals.

The match in Austria was a cracker, with Bayern Munich coming away 6-2 winners thanks to four goals in the last ten minutes. And the Bavarians picked up all three points in the reverse fixture, winning 3-1.

Sporting Lisbon and Manchester City have only clashed once before in European competition.

Before the Cityzens won the first of their five Premier League titles, they faced the Portuguese side in the Europa League round of 16 back in March 2012.

It was an early exit for Roberto Mancini’s men, who were eliminated on away goals. Xandao’s second half strike was the only goal of the first leg at the Estadio Jose Alvalade.

And, when Matias Fernandez and Ricky van Wolfswinkel struck in the away fixture, Sporting seemed well on their way to progress to the quarter-finals.

Man City came close to a comeback, with Sergio Aguero hitting a brace and Mario Balotelli netting from the penalty spot. But it was too little too late, and they crashed out.

Benfica and Ajax first met in February 1969 in the European Cup, back in the days of Eusebio and Johan Cruyff.

With the scores level after both legs, Ajax came out on top 3-0 in the tiebreaker match. They later reached the final, but were defeated by AC Milan.

The Amsterdam club were able to get their hands on the trophy three years later, and they defeated Benfica again on the way, winning 1-0 on aggregate in the semi-finals.

They wouldn’t face each other again until the group stages in 2018. Ajax again had the upper hand, finishing five points above the Eagles.

The fixture at the Johan Cruyff Arena finished 1-0 to the hosts thanks to Noussair Mazroaui’s injury-time winner, and they played out a 1-1 draw in the reverse fixture.

There isn’t much of a history between Chelsea and Lille. They have only been drawn against each other once, which was in the 2019/20 group stages.

The Blues progressed in second place, while their opponents finished bottom with just one point. The clash at the Stade Pierre-Mauroy finished 2-1 to the visitors, with Willian bagging the winner in the 78th minute.

It was the same result at Stamford Bridge, with the home side claiming a vital three points in the final round of group stage fixtures.

Tammy Abraham and Cesar Azpilicueta netted in the first half to give their side a commanding lead. Loic Remy pulled one back against his former club, but Chelsea held out for the win.

This may come as a surprise, but Atletico Madrid and Manchester United have only faced each other twice in their entire history. It came in the European Cup Winners’ Cup back in 1991.

Paulo Futre was the main man for Los Rojiblancos in the first leg, scoring a brace in a 3-0 win.

Mark Hughes grabbed one for Man Utd early on at Old Trafford, but Bernd Schuster equalised to take Atletico Madrid through to the next round.

In February, these two will meet for the first time.

It should be an interesting match-up. Villarreal are struggling in La Liga, currently sitting in 13th place. However, they took four points from Atalanta – Serie A’s third-placed team – during the group stages.

Juventus are also not having an ideal season. They are in seventh in Serie A, 12 points off the top. Massimiliano Allegri will be hoping for a strong run in Europe to compensate.

Liverpool have already seen off one Milan side, now they’ll have the chance to defeat the other.

However, history isn’t the kindest to them when it comes to big games against their opposition. The biggest meeting between the two came in the semi-finals of the European Cup in 1965.

The Reds seemed on course to progress after the first leg, winning 3-1 with goals from Roger Hunt, Ian Callaghan and John St John.

That was until Inter Milan pulled off a brilliant comeback to reach the final, winning 3-0 thanks to strikes by Mario Corso, Joaquin Piero and Giacinto Facchetti. They later won the competition, defeating Benfica 1-0 in the final.

Liverpool got a bit of revenge in the 2007/08 season, knocking the Nerazzurri out of the Champions League at the round of 16 stage. They won 3-0 on aggregate, with goals from Dirk Kuyt, Steven Gerrard and Fernando Torres.

Without a doubt, this is the most enticing tie of the round.

There are goodness knows how many sub-plots going into this game: Sergio Ramos returning to the club where he made his name, Angel Di Maria, Achraf Hakimi and Keylor Navas also returning to the Bernabeu, Lionel Messi coming back to face his former enemy, Kylian Mbappe up against his possible future employers.

In total, Paris Saint-Germain and Real Madrid have played each other ten times, and the record is relatively even.

Los Blancos have the slight edge, winning four and losing just three, with the other three games drawn. Although, PSG lead the aggregate score 14-13.

Real Madrid’s most significant victory against the Ligue 1 side came in the 2017/18 round of 16.

They won 5-2 on aggregate, with Cristiano Ronaldo scoring three across the tie. They later went on to win their third consecutive Champions League title.

Les Parisiens will have happier memories of their 1992/93 UEFA Cup quarter-final tie. Having trailed 3-1 from the first leg, they pulled off a memorable comeback, winning the second leg 4-1 with goals from George Weah, David Ginola, Valdo, and Antoine Kombouare.

Read also: Champions League group stage recap – who progressed and who went out?