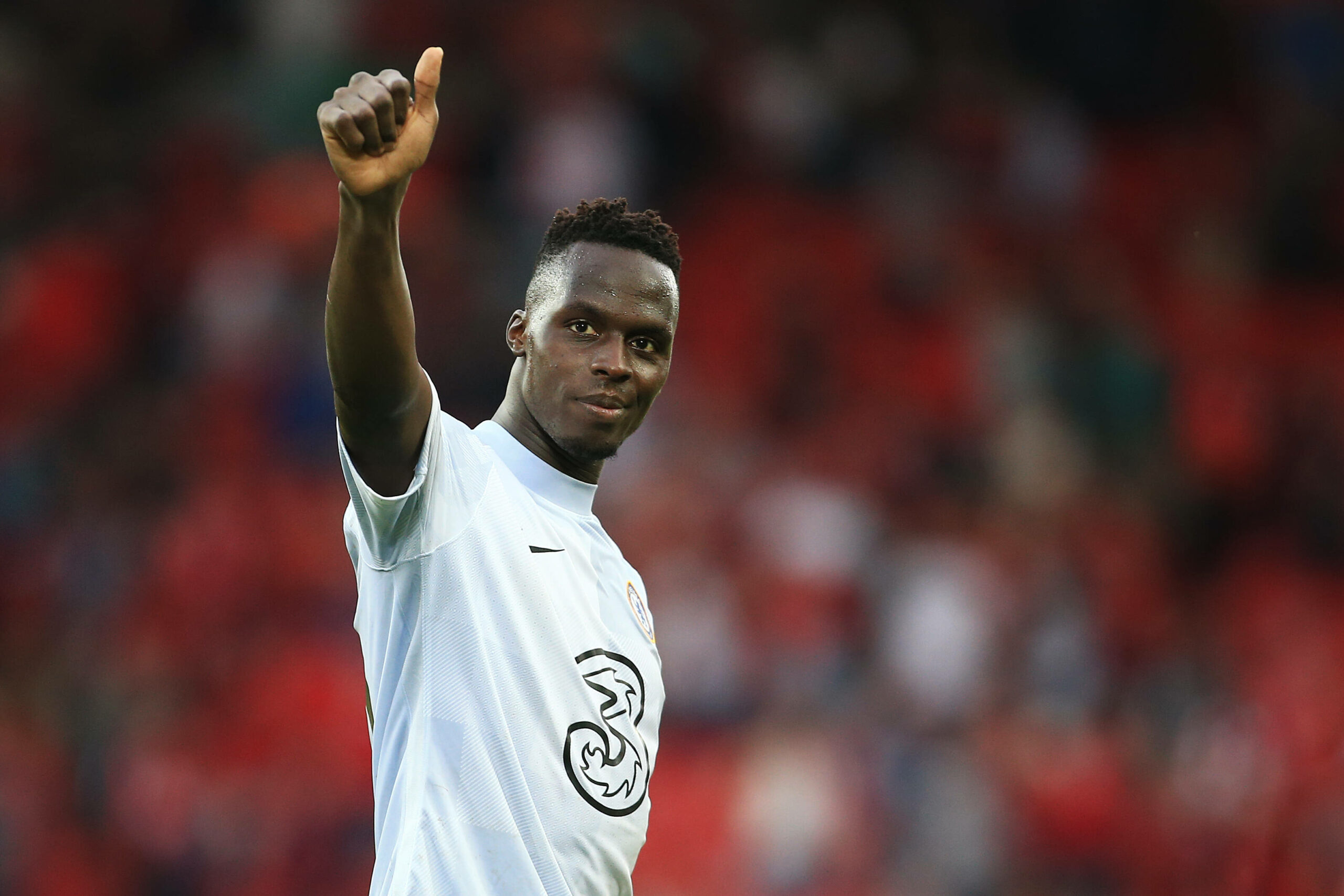 A section of Chelsea fans on Twitter were delighted with the goalkeeping of Edouard Mendy during the club’s 3-0 triumph over Aston Villa in the Premier League.

The Blues jumped to second in the standings with the victory yesterday, but the picture could have been different in the opening half if not for their shot-stopper.

Romelu Lukaku gave the Blues an early lead in the 15th minute, but they were on the back foot thereafter with Villa piling on the pressure with regular shots on goal.

Saul Niguez had a difficult debut for the Blues in midfield. The Spaniard was guilty of squandering possession in dangerous positions, which did not help his team.

Mendy was kept busy between the sticks with four key saves. This included a superb double save to deny Tyrone Mings and Ezri Konsa from finding the equalising goal.

The Senegal international parried Mings powerful shot. Konsa tried to score from the resultant ball, but Mendy quickly got back to his feet, blocking a deflected effort from crossing the line.

Mendy had a much comfortable second half with the Blues controlling the proceedings. The half-time introduction of Jorginho for Saul made things better for the London giants.

Some Blues fans were pleased with the performance of Mendy, who has yet to concede from open play this term.

Mendy has been a splendid signing for the European champions. He has kept a stunning 28 clean sheets from 49 appearances, conceding just 31 goals in the process.

The 29-year-old is currently on a £52,000-per-week contract until June 2025. With his superb impact, the hierarchy could consider rewarding him with an improved deal soon.

He has firmly established himself as the club’s number one in the Premier League and Champions League, with Kepa Arrizabalaga having to settle for minutes in the Cup competitions.