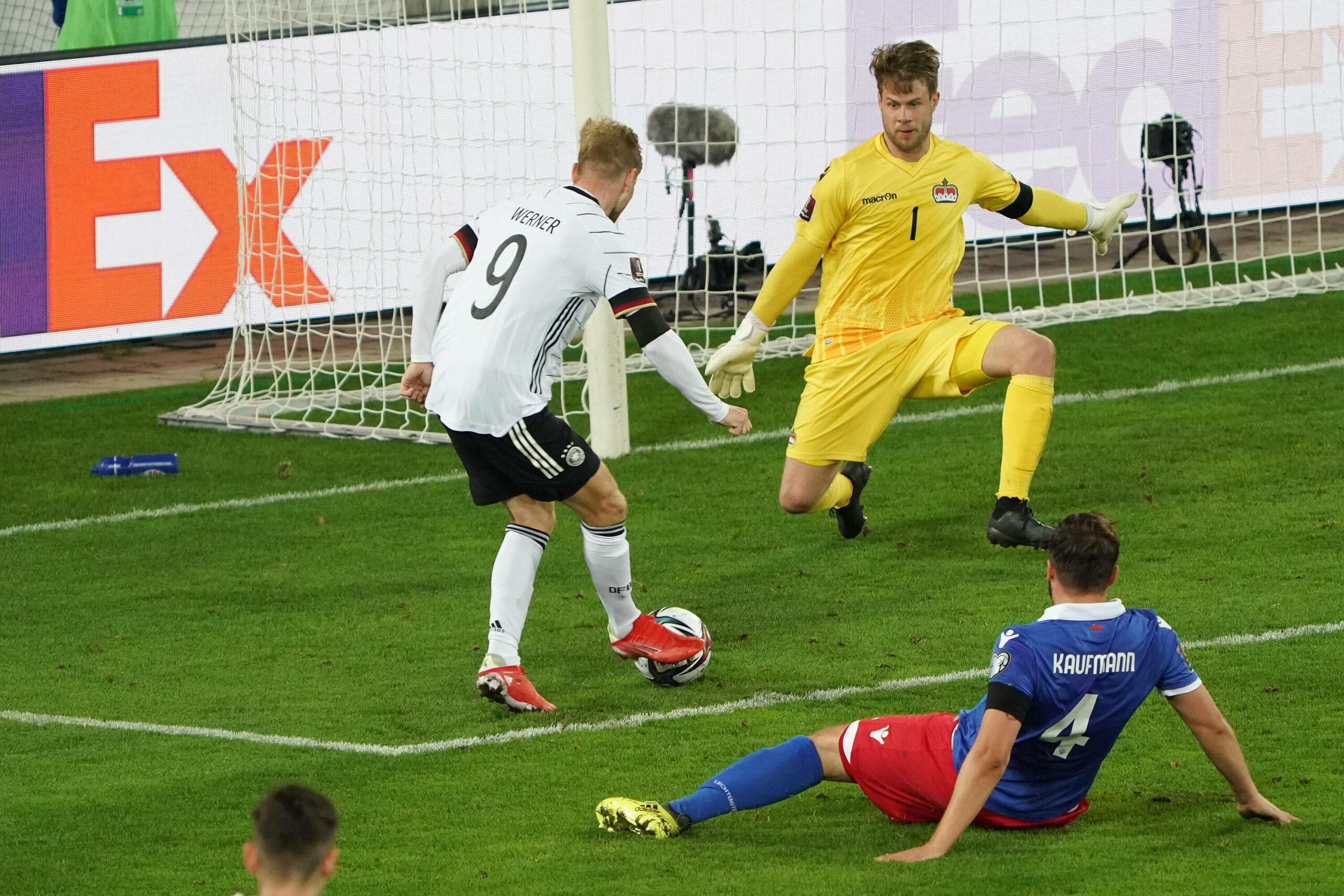 Some Chelsea fans were pleased for Timo Werner after he found the back of the net in Germany’s 2-0 win over Liechtenstein in a World Cup qualifier.

The 25-year-old has had a tough spell at the Blues since arriving from RB Leipzig last year. He has struggled in front of goal with his poor decision-making.

However, he was lively for his national team last night, bagging the opening goal before the interval.

Werner’s clever touch from Jamal Musiala’s pass allowed him to create space before he nutmegged the goalkeeper with a first-time right-footed finish.

Germany were firm favourites to pick up three points from the qualifier, but the goal should help in boosting the confidence of the Blues forward.

Werner has looked far from his old self at Chelsea. Quite often, he has pondered over his finishing with extra touches, allowing opponents to cover up.

Some Blues fans were pleased with Werner scoring for Germany. Here are a few reactions on Twitter.

Werner was signed to become the club’s main man up front, but his struggles paved the way for the Blues to re-sign Romelu Lukaku from Inter Milan this summer.

The Belgian has already made his mark with a goal. There have been suggestions that Werner and Lukaku could play alongside each other in the long run.

Werner played regularly in a front two at Leipzig, with Yussuf Poulsen’s physical presence perfectly suiting him as he made runs behind opponent defences.

It remains to be seen whether it could work out similarly for him at the Blues. The €60 million-rated star has been on the bench recently, with Lukaku starting as the lone striker.