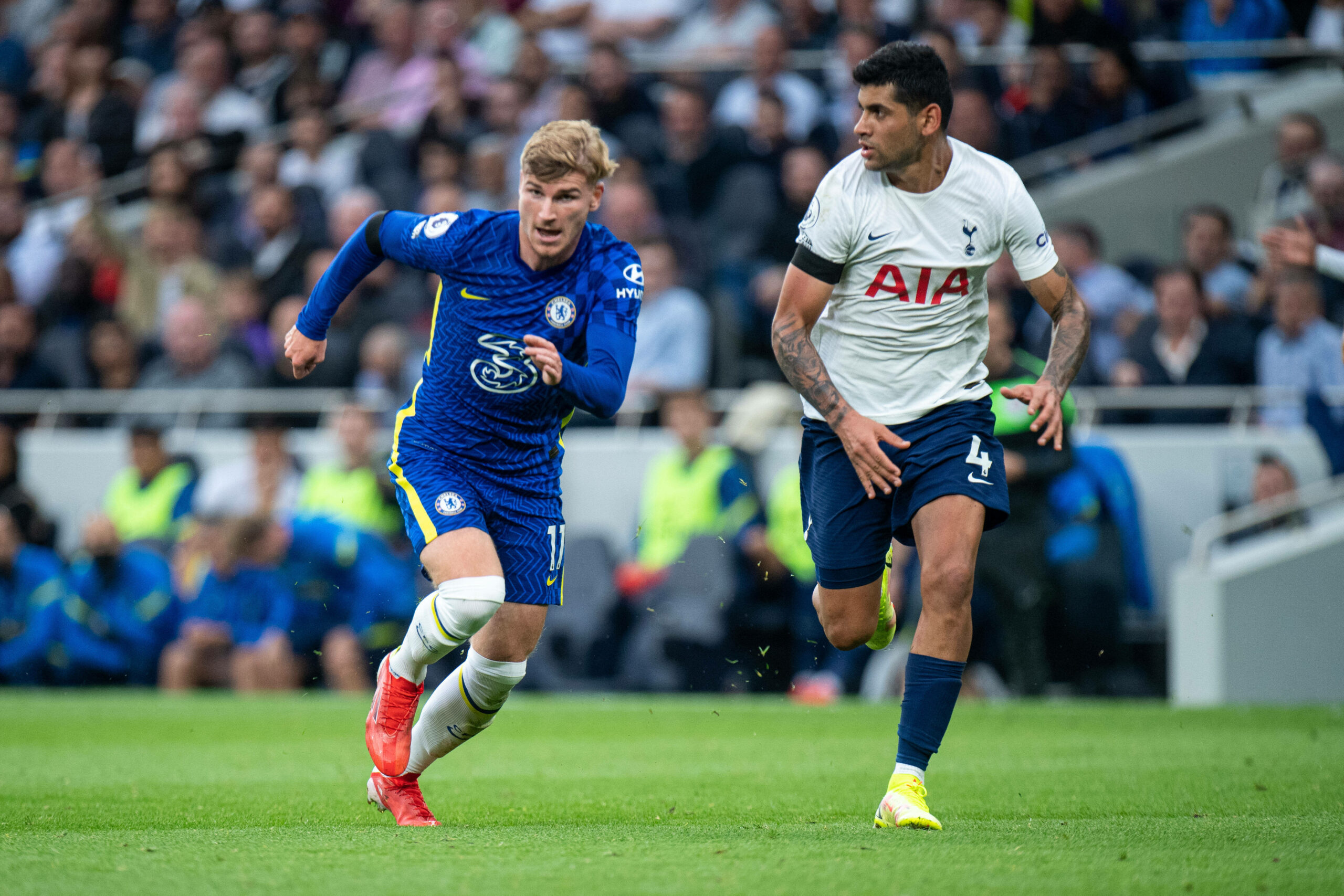 A section of Chelsea fans were pleased with Timo Werner’s performance at Tottenham Hotspur on Sunday.

Werner has been a regular on the bench for the Blues since the arrival of Romelu Lukaku last month.

He only came on in the 70th minute of the Premier League clash yesterday, but made his mark on the game.

The 25-year-old has had a tough time with his finishing for the Blues, and the trend continued against Spurs.

He squandered a one-on-one opportunity against Hugo Lloris and mistimed another chance with a poor touch.

Despite this, he was always an attacking threat and eventually bagged an assist for Antonio Rudiger in injury time.

It was another mixed showing from the German, but some fans were impressed with his display.

A few supporters felt he freed up Lukaku by driving the attention of defenders towards him.

When Lukaku rejoined the club, there were suggestions that Thomas Tuchel could go with two up front with Werner playing alongside the Belgian.

Werner was successful at RB Leipzig in a similar set-up. There were no surprises that he was lively against Spurs, though his finishing was poor.

The Blues won the game comfortably by a 3-0 scoreline, but could have easily doubled the tally if not for Hugo Lloris’ goalkeeping heroics for Spurs.

Mason Mount and Kai Havertz have been the regular choices for Tuchel behind Lukaku, but Werner will be hoping that he can break into the XI.

The Blues host Aston Villa in the Carabao Cup third round on Wednesday. Tuchel is likely to make several changes and Werner could lead the line.

A goalscoring display could boost his chances of starting against Manchester City in the league this weekend.