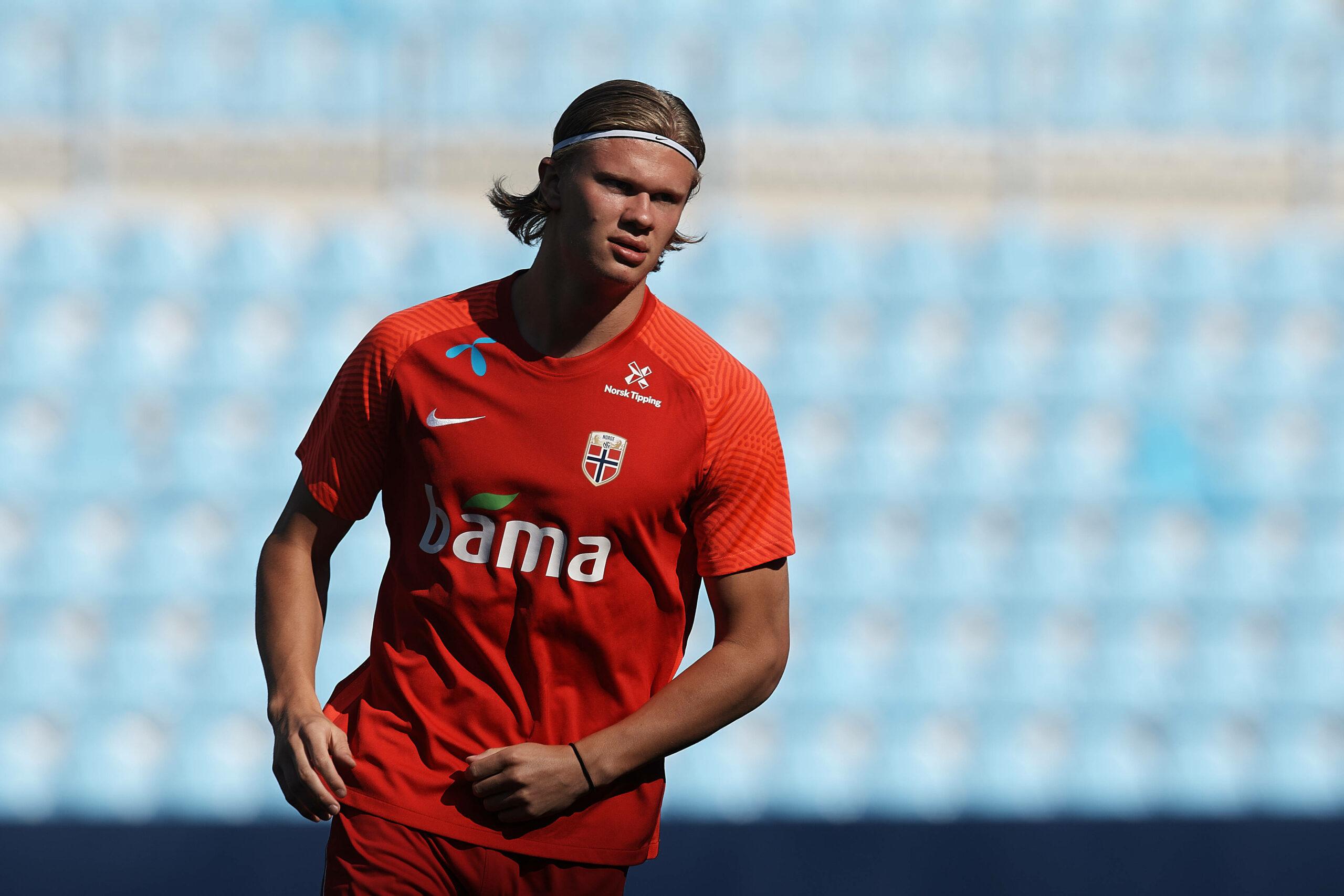 Chelsea could shockingly win the race for in-demand Borussia Dortmund goal-machine Erling Braut Haaland if they shatter the club’s transfer record this summer.

According to Norwegian star Jan Aage Fjortoft, the Premier League giants could reinforce their attacking department with one of the deadliest strikers in Europe for a staggering €175million.

Haaland has established himself as one of the most prolific strikers in Europe’s top-five leagues since switching RB Salzburg for the Signal Iduna Park in December 2019.

The 20-year-old marksman has gone from strength to strength in the Bundesliga, clocking up 40 goals and 43 league outings for Die Borussen.

He finished as the Bundesliga joint second-best goalscorer in 2020/21, tallying 27 strikes in 28 appearances and adding further eight assists to his name.

Haaland’s outstanding performances have naturally caught attention from a host of Europe’s big guns, including Chelsea.

After conquering the Champions League last season, Thomas Tuchel is looking to put his own stamp on the Blues’ squad.

The German manager has identified the Norwegian prodigy as a must-sign player, but convincing Dortmund to give the go-ahead could be a tricky business.

Borussia are desperate to keep hold of their standout performer after sanctioning Jadon Sancho’s big-money move to Manchester United earlier this month.

However, Fjortoft believes Chelsea could lure Dortmund into green-lighting the transfer if they come up with a whopping €175m bid.

Let’s not forget that the Londoners splashed out upwards of €260m on strengthening the squad last summer.

Timo Werner, Kai Havertz and Hakim Ziyech all arrived at Stamford Bridge in the last summer transfer window, though neither of them managed to enhance Chelsea’s scoring prowess in 2020/21.

As a result, the Blues are ready to launch a high-profile assault on Haaland this time around and would be willing to sacrifice a few first-team stars to fund the move.

In addition to Olivier Giroud, who is on the verge of joining AC Milan, Tammy Abraham, Tiemoue Bakayoko, Ruben Loftus-CheekRoss Barkley, Callum Hudson-Odoi and Ziyech could all move on in the coming weeks.