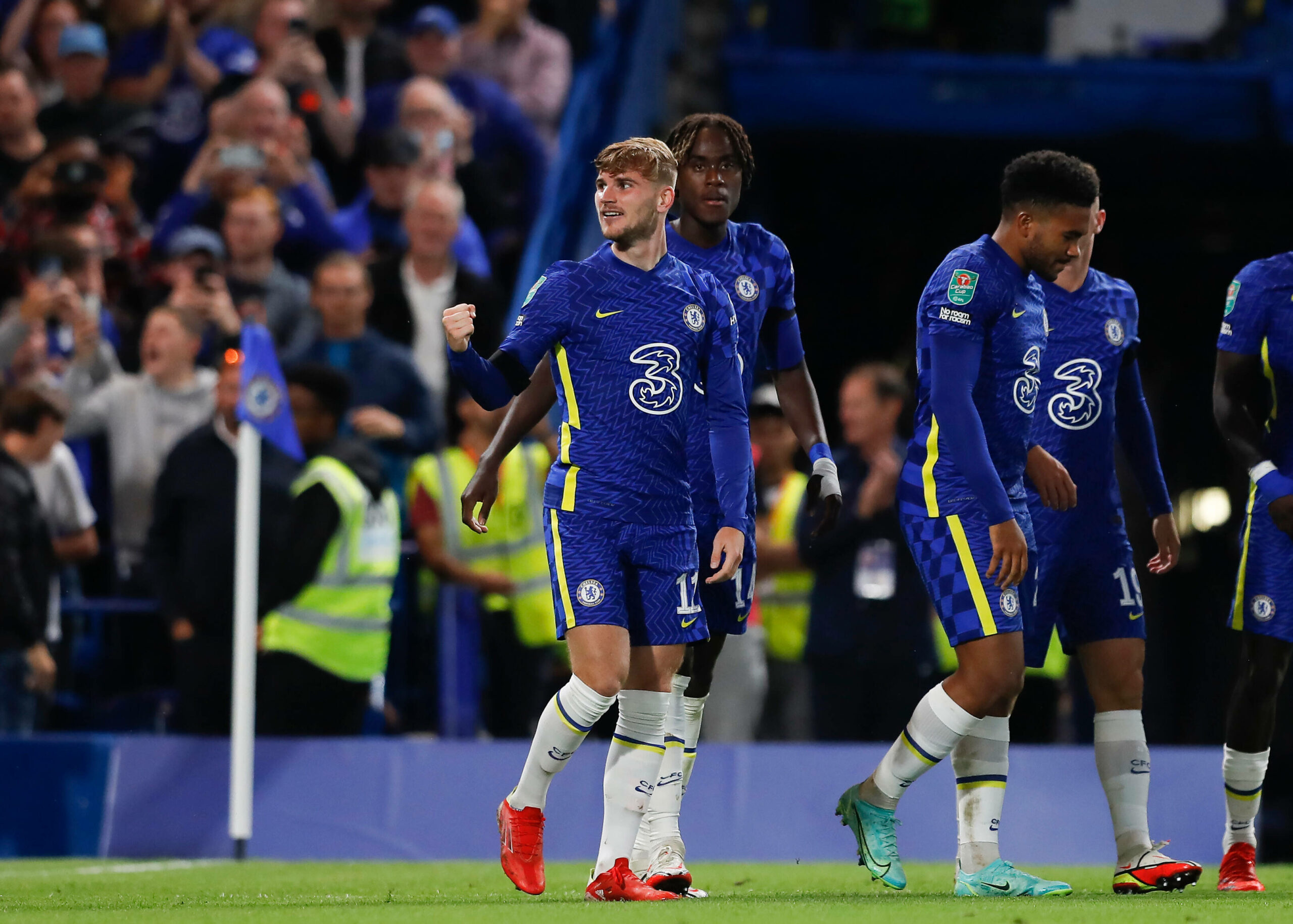 Timo Werner has explained why he decided to pull out of Chelsea’s penalty takers in a Wednesday’s Carabao Cup victory over Aston Villa.

The German forward gave his side an early second-half lead before Cameron Archer’s 64th-minute equaliser took the tie to a penalty shoot-out.

Even though he was a designated penalty taker during his impressive career at RB Leipzig, Werner has struggled for confidence at Stamford Bridge.

It comes as no surprise that many pinned the 25-year-old’s decision to withdraw from the shoot-out on his lack of self-confidence.

However, Werner has played down such talk, confessing that he felt some calf pain and opted not to take a penalty.

“First of all, I had some pain in my calf, but because [we’ve used all] the three substitutions, I couldn’t [come off],” the Germany international told ChelseaTV.

“When you have fit players, it’s better that they shoot the penalties.”

Thomas Tuchel’s side experienced a disappointing first half at Stamford Bridge but picked themselves up after the restart.

Asked about his team’s sluggish first-half showing, Werner put it down to Tuchel’s decision to field many fresh faces, who did not have the opportunity to play together in a competitive match before.

“In the first half, both teams were a little bit passive – not knowing what to do because there were a lot of changes in both teams,” he added.

“In the second half, after we scored the goal, we put a lot of pressure, but lost a little bit of control, then Aston Villa scored the equaliser.

“After this, we showed a good reaction that we wanted to win in 90 minutes. Luckily, we won the penalty shoot-out.”

Chelsea have maintained their eye-catching start to the 2021/22 season and are now unbeaten in all eight matches across all competitions.

The Blues will be looking to build on their excellent performances when they take on Manchester City in a mouthwatering Premier League showdown this weekend.