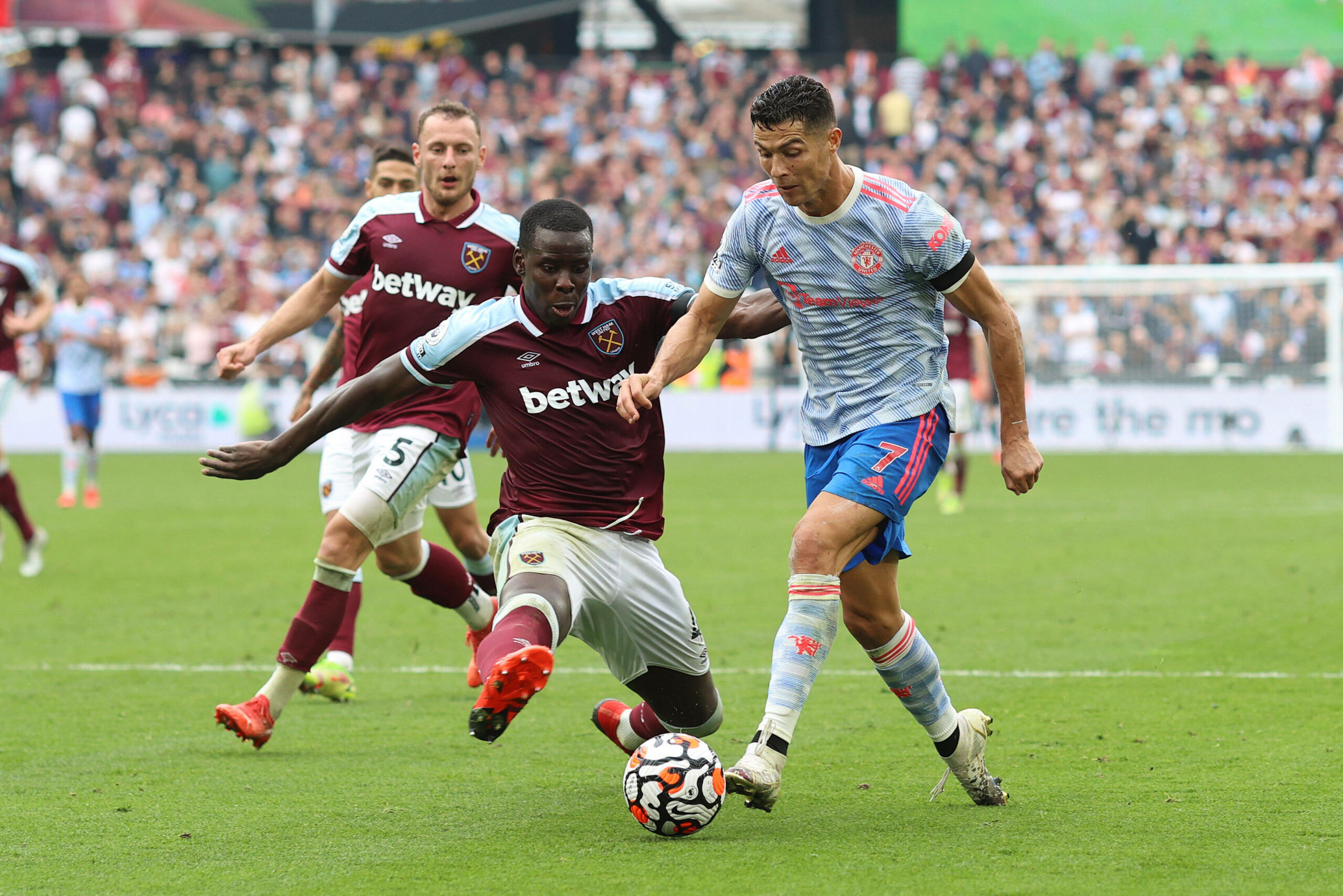 West Ham United manager David Moyes was pleased with the defensive performance of Kurt Zouma during the club’s 2-1 defeat to Manchester United in the Premier League.

The Hammers produced an impressive showing against the Red Devils, and they were unlucky to not register a point from the game at the London Stadium.

Said Benrahma opened the scoring in the 30th minute, but Cristiano Ronaldo continued his excellent scoring form for United with an equaliser five minutes later.

The game appeared to be heading for a stalemate in the second half, but Jesse Lingard came off the bench to score against his former club with a superb curling effort.

The Hammers got an excellent chance to level the scores with a 93rd-minute penalty, but Mark Noble squandered the spot-kick after coming off the bench to take it.

The victory was a bitter pill to swallow for the London outfit, but there were plenty of positives from the encounter.

Zouma did a superb job against Ronaldo up front, winning three aerial duels while making as many as 12 clearances.

He could have done better in preventing Lingard’s shot, but it was a good performance on his Hammers league debut.

Moyes noted the same in his post-match press conference – he told whufc.com:

“We bought him in the hope that he would help us, make us stronger, and he played very well today.”

Zouma had a promising debut against Dinamo Zagreb, and he produced another solid display against the Red Devils.

His qualities have never been doubted, but he struggled for game time at Chelsea amid fierce competition.

The Frenchman now has the assurance of a starting role with the Hammers, and he has already made a difference.

He could not restrict the winner against United but put in a good shift and deserves every bit of praise.

He should only get better with the Hammers as he regularly plays for them across all competitions.