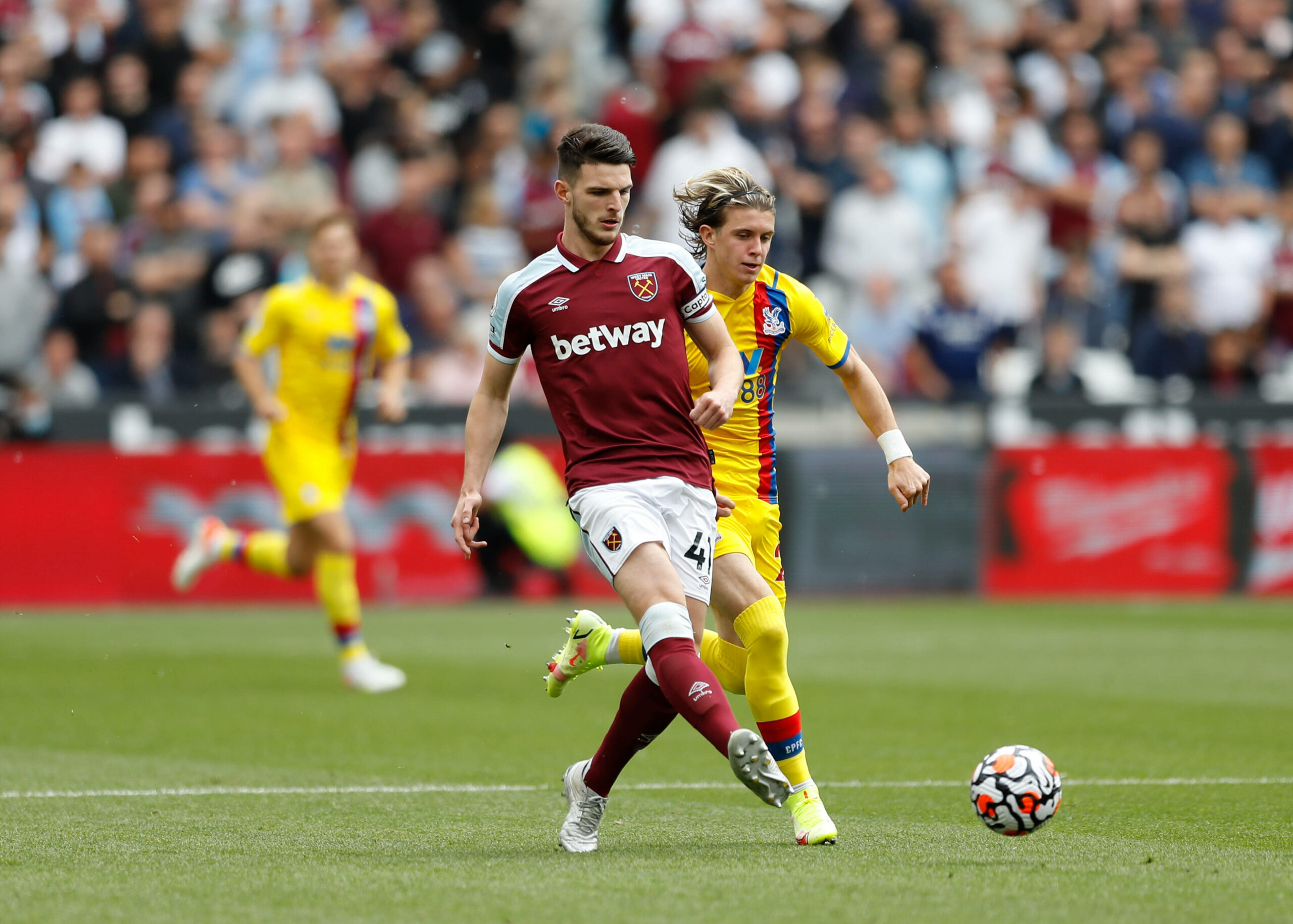 Declan Rice is prepared to sign a new contract at West Ham United if they agree to insert a release clause, 90min reports.

The midfielder has spent his entire career with the Hammers, and he has regularly been touted for a big-club move.

The 21-year-old still has three years left on his contract with the option for another 12 months.

However, the Hammers are keen to reward him with a new deal to represent his position and stature at the club.

The England international is willing to accept the renewal if the club agree a fixed release clause value.

That appears unlikely to happen as the Hammers tend not to include buy-out clauses in contracts.

Chelsea, Manchester United, Manchester City and Liverpool are said to be keeping tabs on him.

Rice is currently content at the Hammers but has his sights on leaving the club next summer.

Rice has made steady progress in recent years, and he is now a leading midfielder for club and country.

He is hugely valued by manager David Moyes, who has handed him the captain’s armband regularly this year.

The Hammers are currently on the up after a splendid 2020/21 campaign that saw them finish sixth in the league.

A top-four push seems difficult with the heavy competition, but they have certainly made a superb start this term.

The club are on seven points after three games which sees them second in the standings on goal difference.

Rice has been pivotal with consistent displays from the holding midfield role.

His performances will have caught the eye of elite clubs, but the Hammers seem in no rush to lose him.

They are in a strong position to keep him as his contract does not effectively expire until June 2025.

A release clause could force them into selling him. The club do not want to find themselves in that position.

The Hammers value Rice at £100 million. They may assess the midfielder’s future based on their current season.