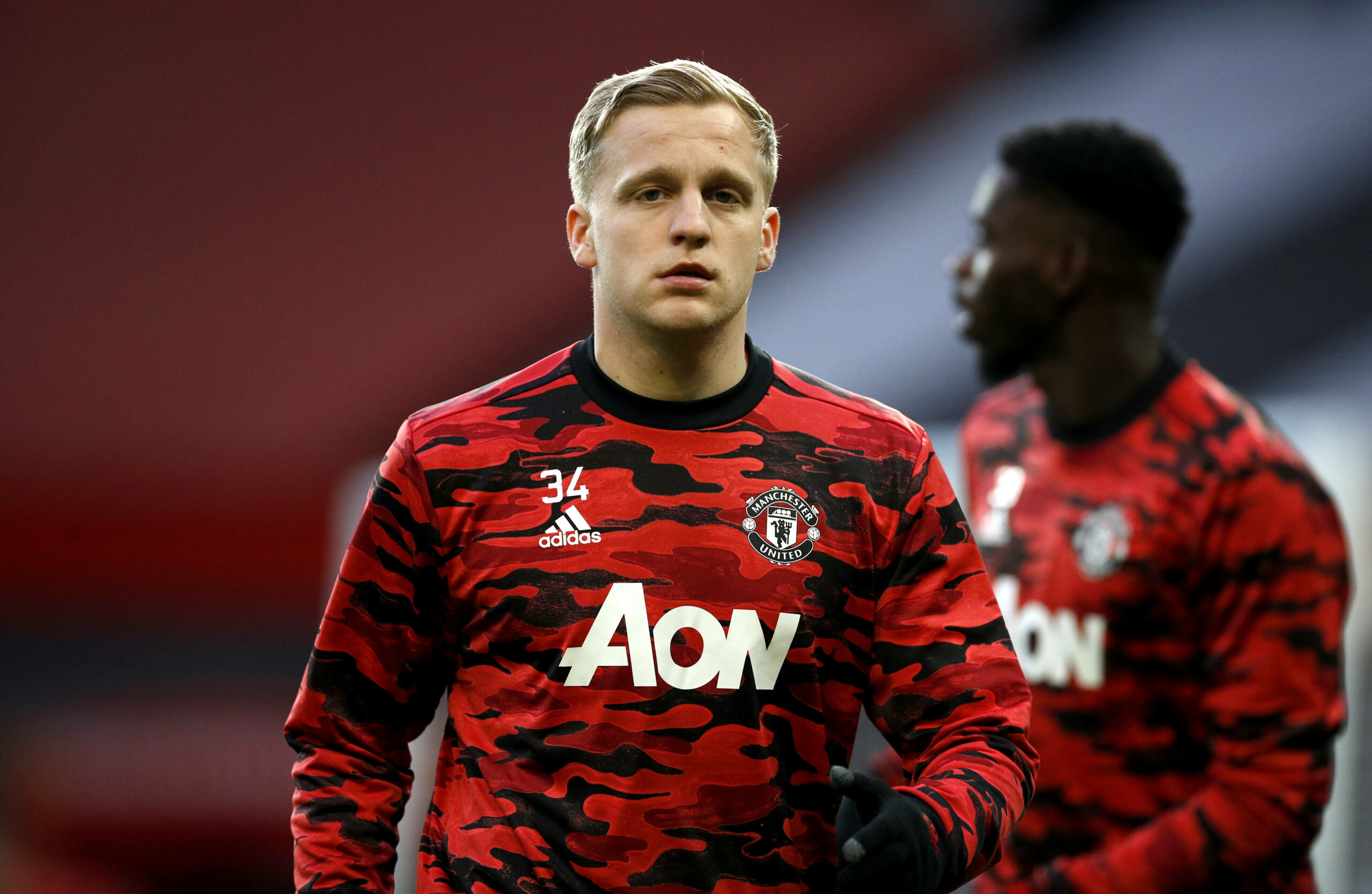 The Dutchman was heavily linked with Everton during the final days of the transfer window. The Merseyside outfit tried to sign him on a season-long loan deal.

When asked about the speculation by Ferdinand, the €30 million-rated star revealed that an exit was unlikely after he held positive talks with Solskjaer over his future.

He said: “No. I spoke with the manager about it [Everton interest] and the club. They were clear they wanted me to stay here.”

“The manager was really positive about me and he said: ‘I need you and I want to keep you here’.

“Of course, what I see here now in the beginning of the season is difficult because I didn’t play one minute, but he said: ‘What I see every day in training, I see a different Donny now’.

“He was really positive about me, and I’m feeling well. I’m in good shape, so I hope to show the people that I improved a lot.

Van de Beek struggled for regular playing time during his debut campaign last term. He was restricted to just over 500 minutes in the Premier League.

In the current season, he has been an unused substitute for the opening three games. It was not a surprise that the Toffees tried to secure a late deal.

The Dutchman has now spoken fondly about the manager and his plans for him, but only time will tell whether he can secure consistent game time.

At present, it appears unlikely to happen with Paul Pogba, Fred, Scott McTominay and Nemanja Matic ahead of him in the pecking order for a midfield spot.

His chances of displacing Bruno Fernandes for the number 10 position seem unlikely given the Portuguese’s excellent impact since arrival.

The 24-year-old was recently excluded from the Netherlands squad by returning head coach Louis van Gaal citing his lack of playing time at club level.

Van de Beek has been an almost ever-present figure in the Dutch ranks when fit, but he is no longer assured a spot which should be of concern to him.

With the World Cup next year, Van de Beek needs to be playing regularly at club level to boost his chances of featuring at the global tournament in Qatar.

He is happy to fight for his place at United for now but could assess his future at the turn of the year if he continues to struggle for minutes in the league.