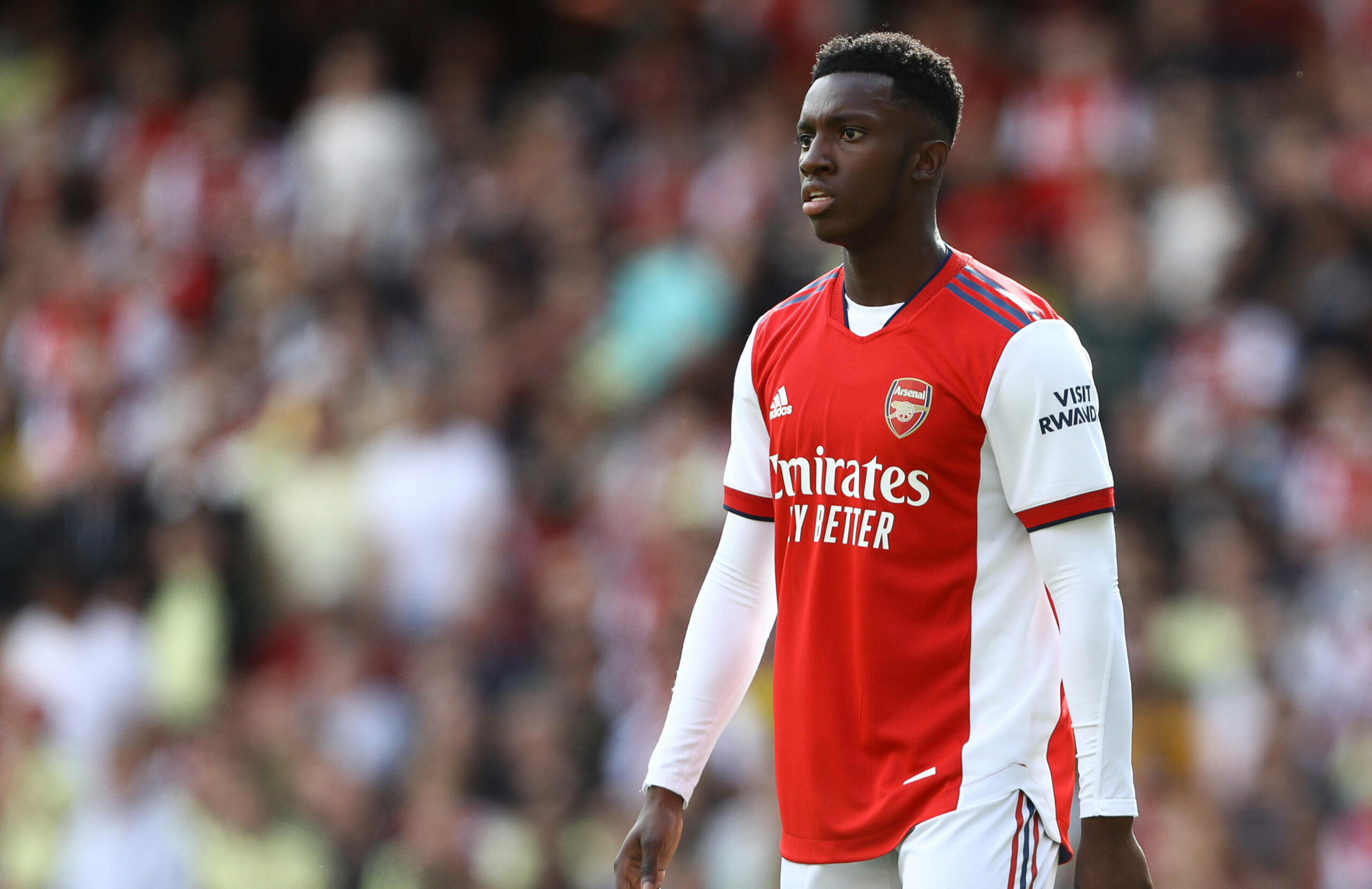 Arsenal striker Eddie Nketiah is stalling on a new contract and could sign a pre-contract with a foreign club at the turn of the year, The Sun reports.

The 22-year-old is in the final year of his deal with the Gunners, and he was heavily fancied to leave them during the summer transfer window.

The Gunners were initially looking for around £20 million but lowered their price tag to £12m with the lack of suitable offers for their club graduate.

Crystal Palace were strongly linked with him in the final weeks of the window, but they opted to sign Odsonne Edouard from Celtic on deadline day.

The Gunners’ demands for a sell-on or buy-back clause put off suitors. The striker was also eyeing £60,000-per-week which proved a stumbling block.

Nketiah shared playing time with Alexandre Lacazette at the start of the previous season but fell out-of-favour during the back end of the campaign.

Lacazette and Pierre-Emerick Aubameyang are ahead of him in the pecking order. There is further competition from Gabriel Martinelli and Folarin Balogun.

It is unlikely that Nketiah may get the chance to redeem himself, considering the Gunners are not playing in the Europa League where the fringe players play.

Nketiah can now control his own destiny. He can sign a pre-contract with an overseas club in January. He has been linked with Bayer Leverkusen in the past.

The Gunners will hope to offload him midway through the season to avoid the prospect of losing him for nothing.

Aside from Palace, Brighton & Hove Albion were also credited with an interest in the marksman. It remains to be seen whether either of those clubs will push for a cut-price deal.