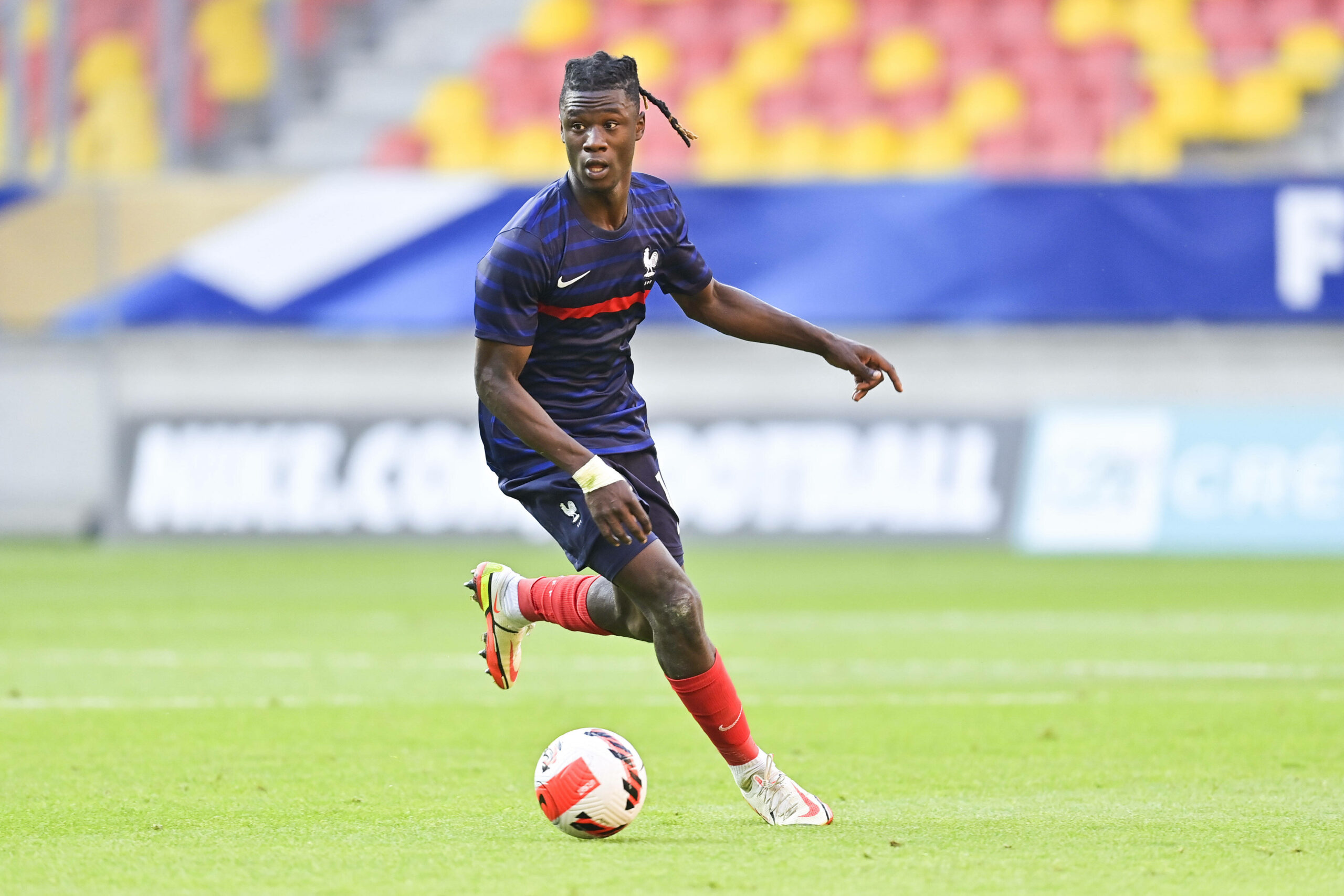 Eduardo Camavinga has revealed why he turned down the prospect of joining Manchester United in favour of sealing a switch to Real Madrid.

Los Merengues won a keenly-contested race to sign one of the hottest prospects in European football down the final stretch of the summer transfer window.

After completing his £30 million move from Rennes to the Santiago Bernabeu, Camavinga admitted there was no chance he could reject the 13-time Champions League winners.

“Honestly, the first factor is not money – it is the pleasure of fulfilling a dream I had since I was little,” he said at his unveiling press conference.

“When I found out that I could sign for Madrid, I didn’t think about it.

“The first factor for me was the pleasure of fulfilling the dream of playing for Real Madrid, playing with footballers who are going to teach me a lot.”

Madrid officially unveiled Camavinga on Wednesday, with the player currently away on international duty with France’s U-21 squad.

Since breaking onto the big scene as a 16-year-old, the French starlet has grown into one of the highly-rated young talents across Europe’s top-five divisions.

The 18-year-old went from strength to strength in Ligue 1, drawing plenty of attention towards his burgeoning talent from across Europe.

United, alongside Paris Saint-Germain and Bayern Munich, were interested in capturing the teenage sensation’s services.

However, the Red Devils pursued other deals in the summer, paving the way for Los Blancos to swoop in and steal Camavinga away.

Ole Gunnar Solskjaer prioritised moves for Raphael Varane and Jadon Sancho while he went all-out for Cristiano Ronaldo in the final week of the summer transfer window.

As a result, the Old Trafford doors got slammed shut for Camavinga, even though the Norwegian could use another midfield option, particularly in light of Scott McTominay’s long-term injury.