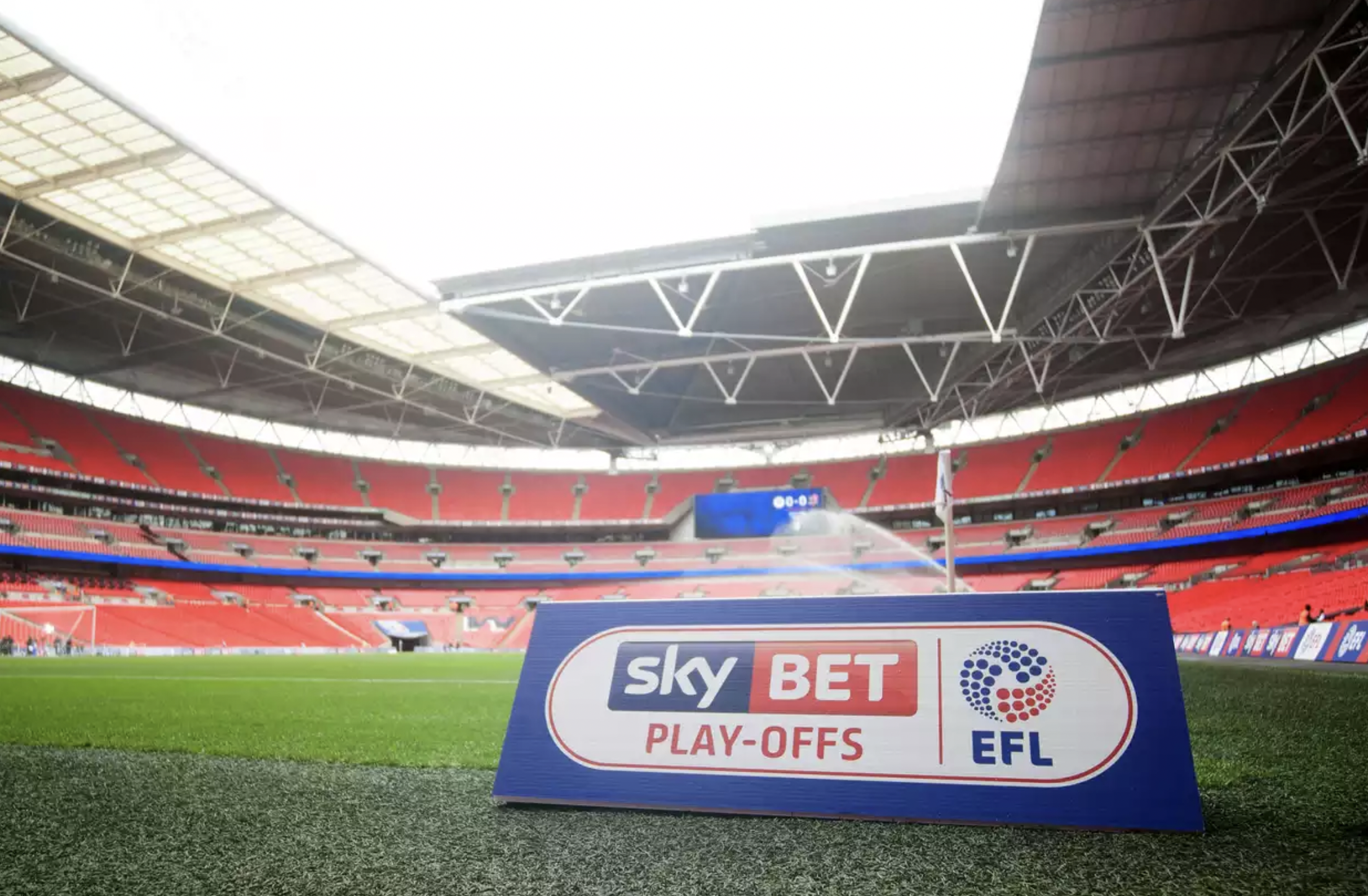 Following the completion of the regular season in the Championship, League One and League Two, we enter the most exciting time of the EFL campaign.

The Sky Bet EFL Play-Offs containing 12 fixtures are about the get underway as the season reaches the crunch period.

The 2020/21 Sky Bet Championship, League One and League Two play-off semi-finals will be contested from Monday, May 17 to Sunday, May 23.

In turn, play-off finals will take place at Wembley Stadium from Saturday, May 29 to Monday, May 31.

The deciders at Wembley will take place across the May Bank Holiday weekend.

Bournemouth, who finished sixth in the regular season, will take on third-placed Brentford in the first semi-final match-up.

After losing 2-1 to Fulham in last season’s play-offs final, Brentford are desperate to prevent Bournemouth from securing a swift return to the top-flight.

Meanwhile, fourth-placed Swansea will lock horns with Barnsley in the other semi-final tie.

Barnsley, who last played in the Premier League back in 1997/98, go up against a Swansea side that hope to regain the top-flight status after suffering relegation in 2017/18.

Blackpool, who enjoyed a stellar second half of the 2020/21 EFL League One season, will tackle an Oxford United side they managed to shut out in both meetings during the regular season.

Blackpool have been stuck in lower divisions since suffering relegation from the Championship in 2014/15, while Oxford look to earn a place in England’s second-tier competition for the first time in the club history.

Having spent the last three years in England’s third-tier, Sunderland are desperate to return to the Championship, while Lincoln chase the greatest achievement in the club history.

Newport County and Forest Green Rovers are the first semi-final pair, with the sides finishing the regular season level on points.

Neither club have ever played in the EFL League One before, which gives each of them an extra motive to shine.

Tranmere Rovers and Morecambe will go head-to-head in the other semi-final showdown.

Having been relegated from the EFL League One only last season, Tranmere face a Morecambe side that have spent the last 13 years playing in this division.

Monday, May 17 – Bournemouth vs Brentford

Monday, May 17 – Barnsley vs Swansea

Saturday, May 22 – Brentford vs Bournemouth

Saturday, May 22 – Swansea vs Barnsley

Tuesday, May 18 – Oxford vs Blackpool

Wednesday, May 19 – Lincoln vs Sunderland

Friday, May 21 – Blackpool vs Oxford

Saturday, May 22 – Sunderland vs Lincoln

Tuesday, May 18 – Newport vs Forest Green

Thursday, May 20 – Tranmere vs Morecambe

Sunday, May 23 – Morecambe vs Tranmere

Sunday, May 23 – Forest Green vs Newport

All 15 play-off fixtures will be aired live on Sky Sports.

Southampton have Sam Johnstone high on their transfer shortlist