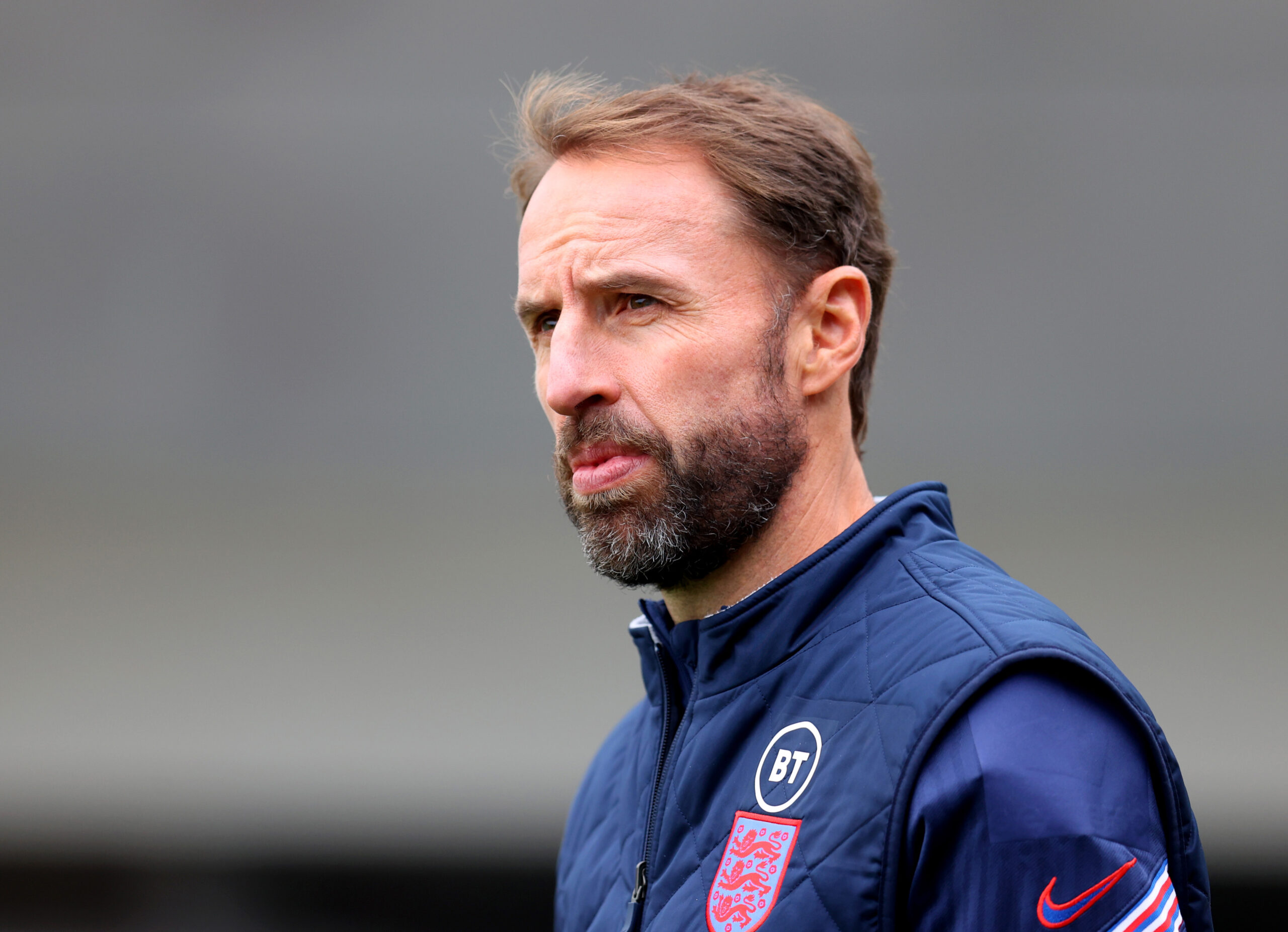 The European Championship finalists travel to Andorra on Saturday. Three days later, they return to London to face Hungary at Wembley.

And manager Southgate has named his 23-man squad for these fixtures.

From the previous squad in September, three players miss out through injury.

Trent Alexander-Arnold was absent from Liverpool’s Champions League fixture with Porto in midweek, while Harry Maguire was also unavailable. Dominic Calvert-Lewin is also sidelined, having not featured since August.

Nick Pope, Jude Bellingham and Patrick Bamford have also been excluded. Although there is a recall for Fikayo Tomori, who has not featured for England since his debut in November 2019.

Following the announcement, Bellingham’s omission was the main talking point. The Borussia Dortmund youngster has emerged as a hugely promising talent over the last year and has enjoyed a solid start to the season.

Southgate has claimed that the decision came following conversations with the player, worrying that overloading him could impact his career long-term. He applied the same argument to Mason Greenwood, who was also left out.

At just 18-years-old, Bellingham has already made 11 appearances in all competitions. Perhaps now is the right time to give him some rest.

But he is a very talented player who should arguably already be starting. With the World Cup just over a year away, it would be better to give him more playing time for the senior team.

Before Euro 2020, there was a considerable debate over who should wear the gloves – Jordan Pickford, Nick Pope or Dean Henderson?

Pickford was trusted during the tournament and repaid his manager’s faith with some solid performances.

Meanwhile, Pope was ruled out through injury, and Henderson pulled out near the beginning of the competition. They were replaced by Sam Johnstone and Aaron Ramsdale.

Interestingly, despite both being fit, neither Pope nor Henderson have been called up this month, with Johnstone and Ramsdale favoured again.

With Johnstone being in the Championship with West Bromwich Albion, it is difficult to see him keeping his place long-term.

By contrast, Ramsdale has just broken into the starting XI at Arsenal and has made an impressive start. If he can keep this form up, he may challenge Pickford for the number one shirt.

If Johnstone drops down the pecking order, Pope would likely be the one to step in, given that he is playing regularly for Burnley.

As for Henderson, he is yet to establish himself as Manchester United’s first-choice goalkeeper.

Regular starter David de Gea has looked back to his best in recent weeks, which will make it much harder for the Englishman to fight for his spot in Southgate’s squad.

Another point of discussion has been the strikers. Two have made it into the 23-man roster for October – Harry Kane and Ollie Watkins.

Despite his poor run of form lately, there was never any doubt about Kane being included.

He’s been world-class for seven years now, scored in 15 qualifiers in a row, and is not far off breaking Wayne Rooney’s England record – he’s not going to get dropped over five below-par games.

But one question remains -who is Kane’s back up? At Euro 2020, it was Dominic Calvert-Lewin, but he is sidelined with an injury. Marcus Rashford also filled in up front at times, but he is absent through injury.

Watkins was one of seven players who was cut from England’s provisional squad back in June.

The fact that he has earned a recall despite not scoring yet this term shows that Southgate rates him highly. As of now, he is near the top of the pecking order.

But it is still far from a closed shop. Several strikers are knocking on the door, desperate to force their way into the squad in time for the journey to Qatar.

Mason Greenwood has been touted, although he was left out for reasons stated above. One thing that could work in his favour is his versatility, having played through the middle and on both wings.

Patrick Bamford also continues to stake his claim for a place on the plane. However, he may be deemed too similar to Kane, while the likes of Watkins and Greenwood offer something different.

Southgate has previously given caps to Callum Wilson, Danny Ings and Tammy Abraham. The former has missed a lot of football through injury but is still scoring goals for an underperforming Newcastle United side.

Meanwhile, the latter lost his place in the England set-up due to a lack of game time for Chelsea. He has since transferred to Roma, where he has made a strong start. This has prompted shouts for a recall.

As for Ings, he was perhaps harshly overlooked, having scored 36 Premier League goals since the start of the 2019/20 campaign. If he can keep this up over the next year, he will surely be in contention for the World Cup squad.

Finally, there have been some calls for Brentford’s Ivan Toney to be included.

The former Newcastle man scored an exceptional 33 goals last season in the Bees’ promotion campaign and has begun life in the top flight with two goals and two assists from six outings.

Given the competition for places, it’s too early for Toney to earn his first cap. However, if he continues to impress, he will undoubtedly be a candidate.

Ben Chilwell at risk of missing out on World Cup squad
Southgate’s striker dilemma – who plays up front for England?