England’s uncapped players and who they could switch allegiance to 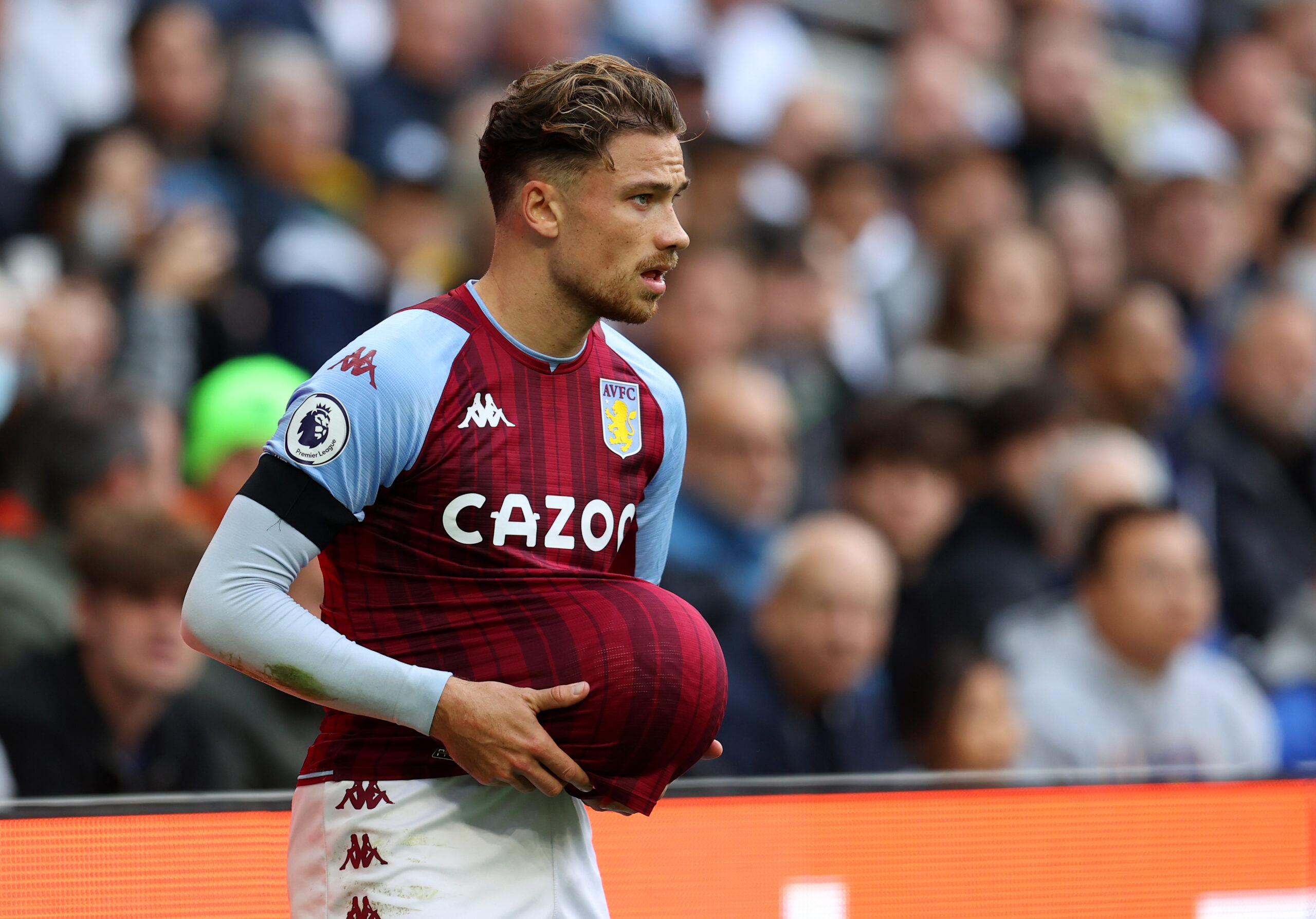 Gareth Southgate’s options for his squad have recently got a bit thinner. First, Michail Antonio elected to switch allegiance to Jamaica and earned his first international cap in December.

And this week, Matty Cash followed Antonio out of the England set-up as he obtained Polish citizenship. He is expected to be included in Paulo Sousa’s squad for the final round of World Cup qualifiers in November.

With competition for places high, it is unsurprising to see players make the switch to another country. Here are 12 uncapped English players who could play for another national team.

When an Englishman signs for Manchester United for £50 million and becomes a regular starter, they usually expect a few caps. However, Aaron Wan-Bissaka is yet to make his England debut.

The 23-year-old has been called up once before back in August 2019 but withdrew due to an injury.

Having played at the highest level for over two years, Wan-Bissaka has had plenty of opportunities to prove himself. And yet, he remains uncapped, suggesting that Southgate doesn’t rate him very highly.

As a result, he may be better off considering other options. Not long ago, there were rumours that he was set to switch to DR Congo, who he played for during his youth team days.

After leaving Chelsea for Southampton over the summer, Tino Livramento has made a flying start to life on the south coast. He has scored once, kept three clean sheets, and earned a lot of praise for his performances.

Competition at the right-back spot for the Three Lions is intense, with Kyle Walker, Trent Alexander-Arnold, Reece James, and Kieran Trippier currently occupying places in the squad.

Thankfully, if Livramento decides to quit the England side, he will have plenty of options.

The teenager qualifies for European champions Italy. During the tournament, Giovanni Di Lorenzo was the Azzurri’s starting right-back, with Alessandro Florenzi as back up.

Livramento is far younger than both players, so may fancy himself to gain a place in the starting XI over the next few years.

He could also play for Portugal if he wishes. Current options Joao Cancelo and Nelson Semedo are both nine years older than the Saints defender – so again, he’d have a good chance of becoming a starter in a few years.

But if he’s looking for instant first-team football, he could pick Scotland. He’d be almost sure to start, although his chances of competing for major honours would be very slim compared to his other three options.

Another who left Chelsea in search of regular minutes, Tariq Lamptey garnered plenty of attention last season before his long-term injury. He has recently made his return to action.

The Brighton & Hove Albion right-back has played for England’s youth teams from under-18’s through to under-21s. He probably holds out hopes of making it into the senior side.

But with James the same age, and Alexander-Arnold just two years older, it will be tough for him to break into the starting XI.

Should he decide to switch allegiance, he has the option of Ghana. He still has time to declare for the Black Stars in time for the 2022 Africa Cup of Nations, although he likely wouldn’t switch for another few years.

Unlike the right-back position, England aren’t particularly strong at centre-back. The starting choices are wildly out of form Harry Maguire and John Stones who isn’t getting regular game time at Manchester City.

Trevoh Chalobah has made his breakthrough at Chelsea this season and has already made an impression. Some have called for him to be included in Southgate’s squad in November.

The youngster has been in the England set-up since 2014 and has played many times for the youth teams. He will probably fancy himself to win his first cap at some point in the near future.

However, should things not pan out this way, he has the option of playing for Sierra Leone – his country of birth.

Since Aston Villa’s return to the Premier League in 2019, Ezri Konsa has impressed at the top level.

Many consider him better than teammate Tyrone Mings, who has made 15 appearances for the national team over the last two years. Naturally, this has led to shouts for Konsa to be called up.

But, at the time of writing, he is still yet to make his England debut. If he gets fed up waiting, he could soon be poached by someone else.

Most notably, he qualifies for the Portugal national team. Manager Fernando Santos named three centre-backs in his latest squad – two of which (Pepe and Jose Fonte) are in their late 30s. The much younger Konsa could be a good long-term replacement.

The 24-year-old could also declare for DR Congo or Angola through his parents.

Another young defender joins the list and he also has connections to Chelsea. Marc Guehi was sold by the Blues this summer to Crystal Palace for a reported £18m, following a highly productive loan spell in the Championship at Swansea City.

Life in the Premier League has started well for Guehi, playing every minute of the Eagles’ campaign.

If he keeps this up, he may well find himself in the frame for a call up. The centre-back has made 57 appearances for England’s youth teams.

However, if he struggles to break into the senior team, he could line up for Ivory Coast. The 21-year-old qualifies having been born in Abidjan.

The left-back position for England isn’t the most secure. A year ago, it seemed as if Ben Chilwell had it nailed down, but he lost his starting spot after a below-par run of form.

At Euro 2020, Kieran Trippier filled in there for the opening game against Croatia before Luke Shaw took over for the rest of the tournament. Now, with Shaw out of form, the spot could be back up for grabs.

Aston Villa’s Matt Targett could be the next in line should Southgate seek alternatives. The 26-year-old has been a solid and reliable full-back for the Villans since signing from Southampton in 2019.

He also played for Scotland’s under-19s back in 2013 and would be eligible for their senior team.

However, the left-back position is by far Scotland’s strongest point. Andy Robertson is Steve Clarke’s first choice, with Kieran Tierney also one of their biggest names. Targett would be more likely to start for England.

Curtis Jones has been part of Jurgen Klopp’s plans at Liverpool for a while now and has put in some strong performances.

As a regular for England’s under-21s, a promotion to the first team may not be far away.

At 20-years-of-age, Jones has a long time to break into the Three Lions’ squad. However, he may not be able to nail down a starting XI place, with Declan Rice and Jude Bellingham in a similar age bracket.

If he wants to be assured of a starting spot, he has the option of switching to Nigeria, as his father is Nigerian.

The former Queens Park Rangers playmaker didn’t disappoint in his debut season at Crystal Palace, and many believe that he could be a big star in the future.

He faces tough competition in the attacking midfield role for England, with Mason Mount and Phil Foden among the contenders for that position.

However, a call up may not be too far off. He was reportedly set to be included in Southgate’s provisional squad for Euro 2020 before suffering a long-term injury.

From one Crystal Palace midfielder to another, as Conor Gallagher joins the list.

The Chelsea loanee has plenty of experience on the international stage in the youth teams but is yet to be called up to the senior squad.

If he continues his current form with the Eagles, he could put himself in consideration for the squad.

But the competition in his position is tough, and he may prefer to explore his options. He qualifies for Scotland and Republic of Ireland through family links.

Premier League fans may not know much about Noni Madueke, but he is gathering a lot of praise for his displays in the Eredivisie.

The teenager left Tottenham Hotspur for PSV Eindhoven back in 2018. Since then, he has broken into their first team and become one of their most valuable assets, scoring 15 times from midfield since the beginning of last season.

Madueke has been touted for a return to England at some point in his career. If he can continue to shine in one of the major leagues, it should be a matter of time before he is selected for the national side.

However, if he doesn’t break into the squad, he could switch to Nigeria.

Harry Kane is England’s first-choice striker. His place in the starting line-up is pretty secure. However, his deputy is still undecided, with several different forwards vying for a spot in the England squad.

This season, Ivan Toney has emerged as a new contender. The Brentford striker has adapted to life in the top tier well, proving to be a handful for defenders with his aerial strength, hold up play, and linking up.

On top of this, he has proven throughout his career that he is capable of getting goals. While he only has two so far, it may not be long before he hits his stride in front of goal.

Toney has risen through the leagues over the past few years and passed every test he has faced. He could be confident of earning himself a call up to the England squad.

But if he finds this difficult, he may consider playing for Jamaica instead. He has already been contacted by the Jamaican Football Federation over playing for the Reggae Boyz, but he reportedly turned this down.