Europa League group stage recap – who progressed and who went out? 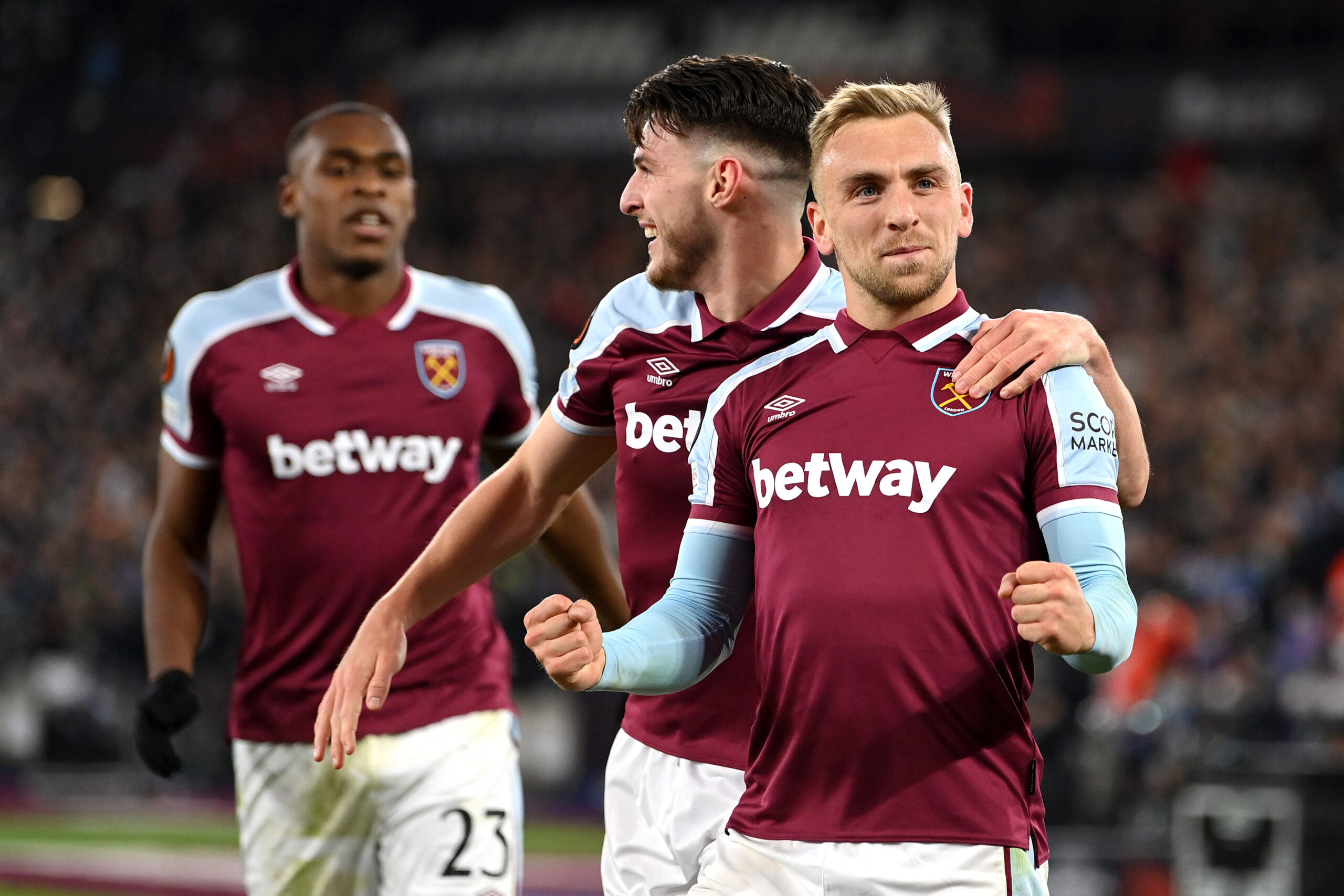 The Europa League group stage finished last night, and now we can look ahead to the knockout rounds.

The competition has been given a rejig this year. There were just eight groups instead of 12, with each group winner qualifying directly for the round of 16.

Meanwhile, second-placed sides will play in a play-off against a team coming down from the Champions League.

Third-placed teams will go into the new Europa Conference League, and teams in fourth will be eliminated entirely.

Here is how each group ended.

Lyon enjoyed a reasonably comfortable group stage. They picked up 16 points, winning all but one of their games and finishing eight points clear at the top.

Furthermore, they netted 16 goals – more than anyone else in the Europa League.

Rangers were in second place, having sealed their place in the play-offs after five games. Meanwhile, Sparta Prague booked third place on the final day with a 2-0 win over Brondby.

Karl Toko Ekambi was not only the standout of the group, but one of the players of the tournament. His six goals make him the competition’s joint-top scorer so far.

Monaco booked their place in the round of 16 with time to spare, and completed their group stage campaign unbeaten. In contrast, Sturm Graz struggled, picking up just two points and scoring just three goals.

PSV Eindhoven were on their way to the play-offs going into the final game. However, a 3-0 defeat against Real Sociedad allowed the La Liga side to overtake them.

Leicester City knew that a draw in their trip to Napoli would be enough to keep them in the top two. They lost 3-2 in a thrilling game, and were in third place when the final whistle went.

But that still wasn’t the end of the drama, as Legia Warsaw were awarded a late penalty against Spartak Moscow, with the Russian side 1-0 up. If they conceded, they would drop from first to third.

Former Tottenham Hotspur man Tomas Pekhart stepped up, but his penalty was kept out by Aleksandr Selikhov. They held on to the win and qualified for the round of 16.

Eintracht Frankfurt were another side who remained unbeaten throughout the group stage. They won three and drew three of their six games, scoring ten while conceding six.

Olympiacos finished three points off the top, and three ahead of third-placed Fenerbahce. Antwerp’s European journey is over, having accumulated five points.

Group E went right down to the wire, with all things still up for grabs going into the finale.

Lazio missed the chance to take first place in the last game. Their 0-0 draw with Galatasaray at the Stadio Olimpico meant that they remained in second while their opponents progressed to the round of 16.

In the other game of the evening, Marseille and Lokomotiv Moscow met with third place at stake. The French side won 1-0 thanks to Arkadiusz Milik’s fourth goal of the tournament, meaning they went into the Europa Conference League.

Group F was another that went down to the final day, with the top three left to battle it out for a place in the knockouts.

Red Star Belgrade remained top of the group after a 1-1 draw away at Braga. The draw left the Portuguese club susceptible to moving down into third, but Midtjylland were unable to capitalise after drawing 0-0 against Ludogorets Razgrad.

Galeno was the star of the show in this group, hitting six goals.

Group G was the highest scoring group of the Europa League, with a total of 46 goals across the 12 matches.

Bayer Leverkusen came out on top with 13 points, scoring 14 and conceding five. They finished three points clear of Real Betis, who will go into the play-offs.

Despite conceding the most goals of the group stage, Celtic managed to finish in third place and book a spot in the Europa Conference League. Ferencvaros exit early, having lost five of their six games.

West Ham United have enjoyed a fine return to European football, finishing three points clear at the top of their group to reach the knockout stages.

They did this while scoring 11 and conceding just three – the joint-lowest of the competition.

Dinamo Zagreb came in second place, sealing the spot with a win on the final day at the London Stadium. Four points behind them in third is Rapid Wien, who overtook Genk in their decisive fixture with a 1-0 win.

All group winners have qualified directly for the round of 16, while second-placed teams will participate in a two-legged play-off against teams that have been demoted from the Champions League.

Seeded teams will play against unseeded teams for a spot in the round of 16. The play-off draw will take place on December 13. The first legs will be on February 17, 2022, with the second legs being played a week later.

Read also: Champions League group stage recap – who progressed and who went out?