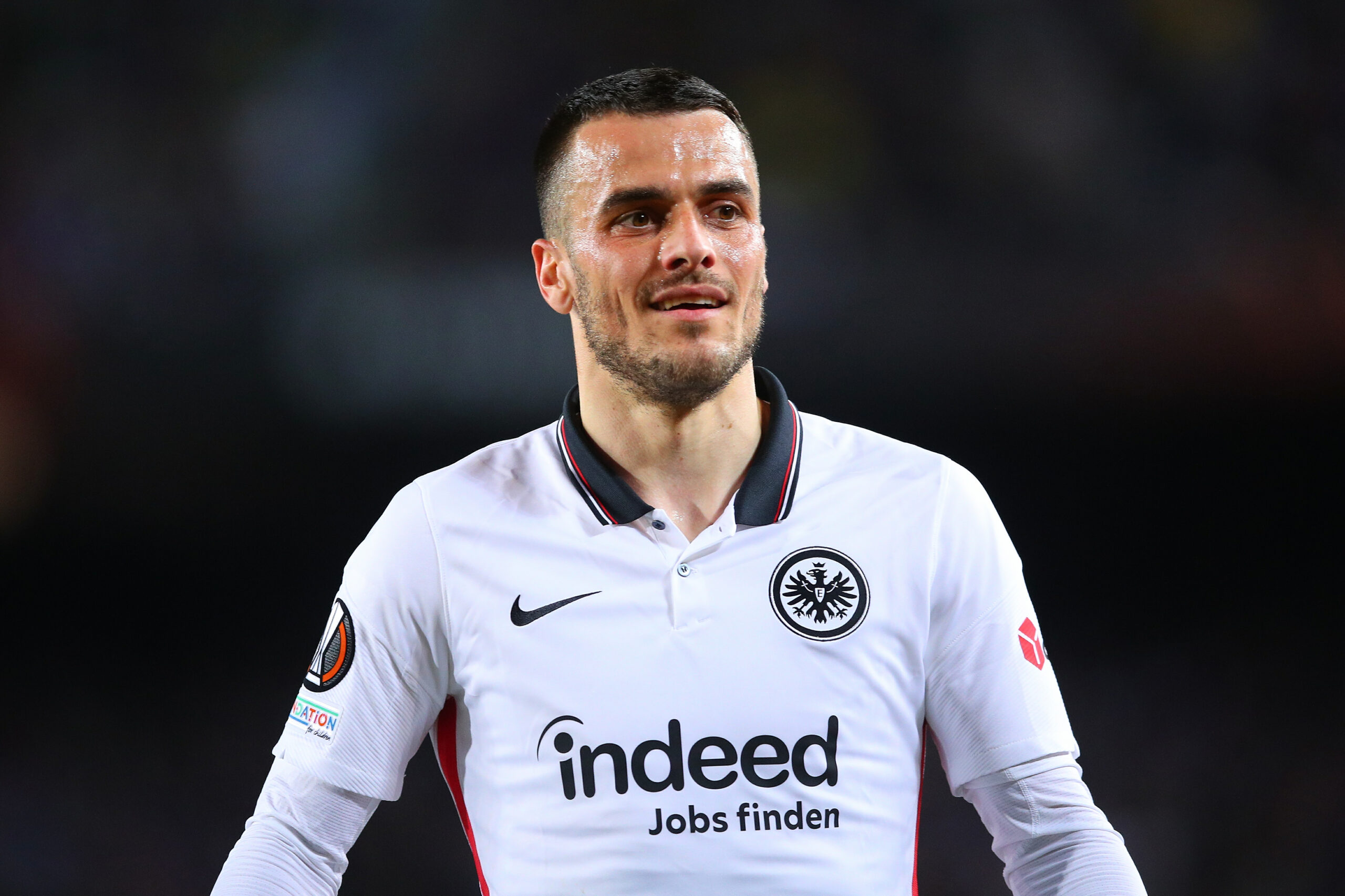 The road to the Estadio Ramon Sanchez Pizjuan gets ever closer as we take an early look at the upcoming Europa League semi-finals.

Of the four sides left in the last four, only Eintracht Frankfurt are familiar with the taste of Europa League glory, having won the competition in 1980.

David Moyes’ team will encounter Frankfurt in a tasty-looking semi-final, with the other last-four tie pitting Rangers against Leipzig.

West Ham thrashed Lyon 3-0 in the return leg of their quarter-finals tie to qualify for their first semi-finals of a major competition since a 9-0 aggregate loss to Manchester City in the 2013/14 League Cup.

The Irons previously ousted Europa League specialists Sevilla in the round of 16, showing their ferocious hunger for a first European accolade in the 21st century.

Moyes’ men will welcome Frankfurt to the London Stadium in the first leg on April 28 before taking a trip to the Deutsche Bank Park a week later for a rematch.

With no defeat in their last eight competitive matches, West Ham will hope to build an advantage before travelling to Germany.

Die Adler pulled off an upset of epic proportions to overcome La Liga heavyweights Barcelona in the quarter-finals, running out 4-3 aggregate victors.

However, Oliver Glasner’s men have produced an impressive Europa League campaign, with Serbia international Filip Kostic driving his side forward through thick and thin.

The highly-rated winger has become a subject of wild transfer news, as several top European clubs, including Inter Milan and Tottenham Hotspur, have their sights set on him.

According to Sky Sports journalist Florian Plettenberg, Frankfurt would sell their prized asset for around €15m in the summer transfer news.

The first-ever European meeting between Leipzig and Rangers will be available to watch live via soccer streams.

Since switching over from the Champions League group phase, Domenico Tedesco’s men have thrived in the Europa League, leaving the likes of Real Sociedad, Spartak Moscow and Atalanta in their wake.

Though Die Roten Bullen are playing only their fifth season in European football, this is the second time that they have reached the semi-finals following their involvement in the 2019/20 Champions League last four.

Additionally, they have suffered just one competitive defeat in 2022, courtesy of a 3-2 downing to Bayern Munich in early February, showing why many consider them the leading candidates to win the competition.

It has been a while since Rangers last featured in the semi-finals of a major European competition, yet Giovanni van Bronckhorst’s men have not come this far by chance.

After finishing runners-up to Lyon in Europa League Group A, the Gers crashed Borussia Dortmund out of the competition in the play-off knock-out round 6-4 on aggregate.

Rangers have moved on to knock Red Star Belgrade and Braga out in the two previous knock-out rounds to reach the European semi-finals for the first time since 2007/08.

With the remaining Rangers fixtures not enough to catch Celtic in the SPL title race, the Europa League is a great chance for Rangers to win a title, especially with Barcelona out of the picture.

Europa League group stage recap – who progressed and who went out?