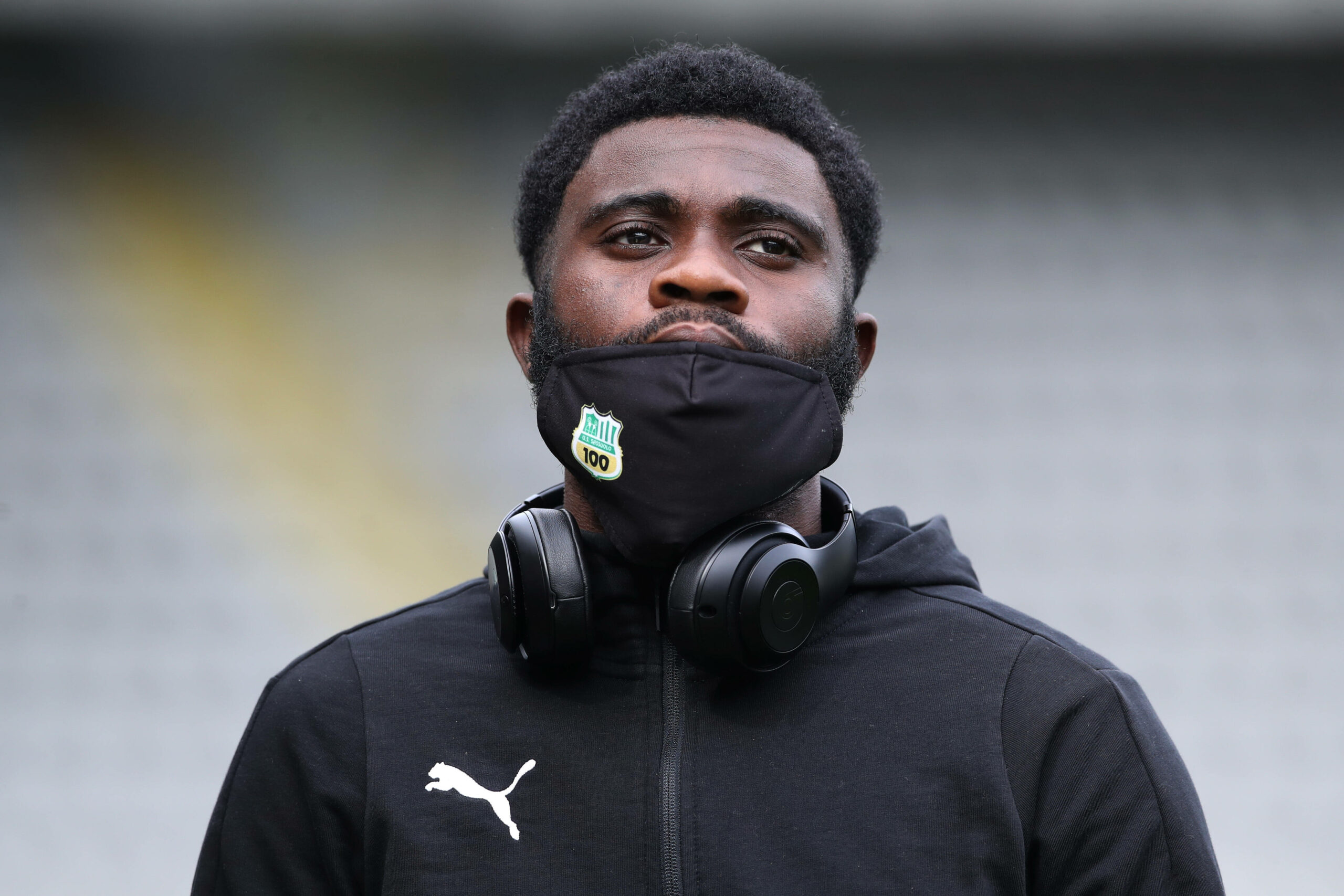 Leeds United and Everton are ready to go head-to-head for the signing of in-demand Sassuolo winger Jeremy Boga.

According to the Daily Mail, the Premier League duo, joined by Crystal Palace, have registered an interest in the former Chelsea outcast.

Boga left Stamford Bridge to team up with Sassuolo in summer 2018 for a reported fee of £3.5million and has since flourished at the Mapei Stadium.

The 24-year-old forward has established himself as an indispensable first-team player at the Neroverdi, tallying 18 goals in 90 appearances over the past three seasons.

Boga’s impressive showings for Sassuolo have invited a lot of intention towards his burgeoning talent, with Atalanta, Napoli and Rennes already seeing their bids knocked back by the Italian side.

Although no Premier League side has yet made an official attempt to sign Boga, Everton and Leeds hold a strong appreciation for the Ivory Coast international.

The Toffees are on the cusp of acquiring the signature of Demarai Grey, with Andros Townsend expected to bolster Rafa Benitez’s attacking options on a free transfer.

However, the Spaniard faces the prospect of losing star duo James Rodriguez and Richarliso to the La Liga interest, which would require new additions.

Boga remains a viable solution, along with Burnley’s Dwight McNeil, as Benitez hopes to improve Everton’s bid to challenge higher up the Premier League table next term.

Leeds are also in contention for the winger’s signature despite completing Jack Harrison’s permanent signing from Manchester City.

Marcelo Bielsa is on the lookout for a new forward in light of growing speculations about Helder Costa’s summer exit.