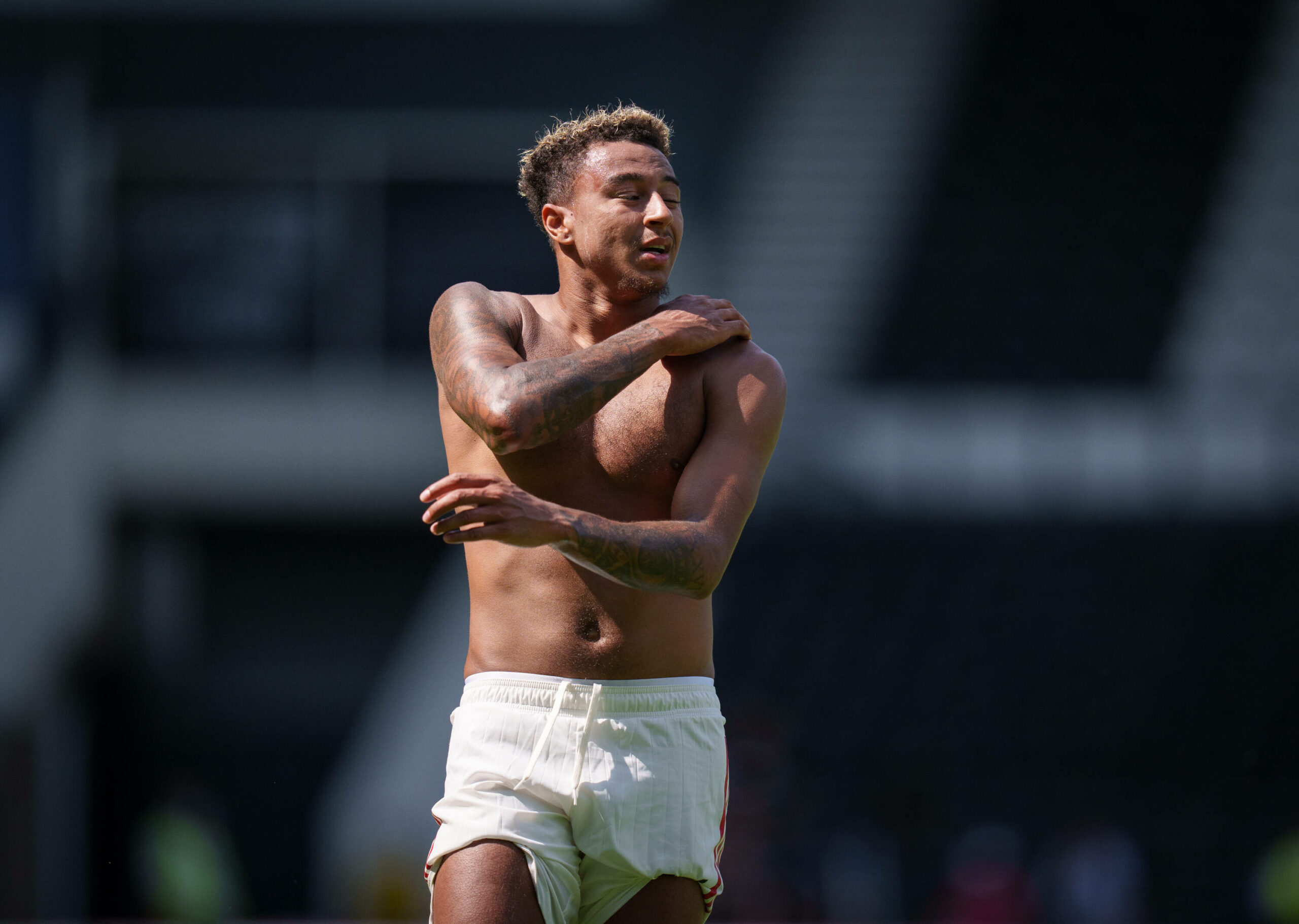 Everton are searching for a prolific forward to complete the department and have another name in the viewfinder, with Jesse Lingard now in the mix.

As claimed by The Sun, the Toffees have joined West Ham United and several other suitors in hot pursuit of Manchester United fringe star.

Following two years of suffering at Old Trafford, Lingard went from strength to strength during a half-season loan at the London Stadium in 2020/21.

The 28-year-old grew into one of the most highly appreciated forwards in the Premier League down the final stretch of last season, amassing nine goals and five assists in 16 league outings.

With his contract in Manchester running out next summer, Lingard could be on the move in the coming weeks.

Given his contractual status, the Englishman should be available for a reasonable price, which has put a host of Premier League clubs on red alert.

Everton have been the latest side to show interest in the England international as Rafael Benitez aims to increase firepower in the wide areas.

The Spaniard faces a sizeable headache in light of recent speculations about Richarlison’s supposed desire to leave Goodison Park for a blockbuster move to Real Madrid.

Though the Toffees have already completed the signing of Andros Townsend and appear to be on the cusp of landing Demarai Gray, Benitez wants another winger to increase competition for places.

Lingard himself is poised to leave the Theatre of Dreams for regular first-team football, and Everton could be the right environment to help him stake his claim for a place in the national team.

The resurgent forward is desperate to convince Gareth Southgate that he deserves to be part of England’s team for the upcoming 2022 World Cup in Qatar.

But to do that, he needs to play regularly, and a move away from United is well on the cards.