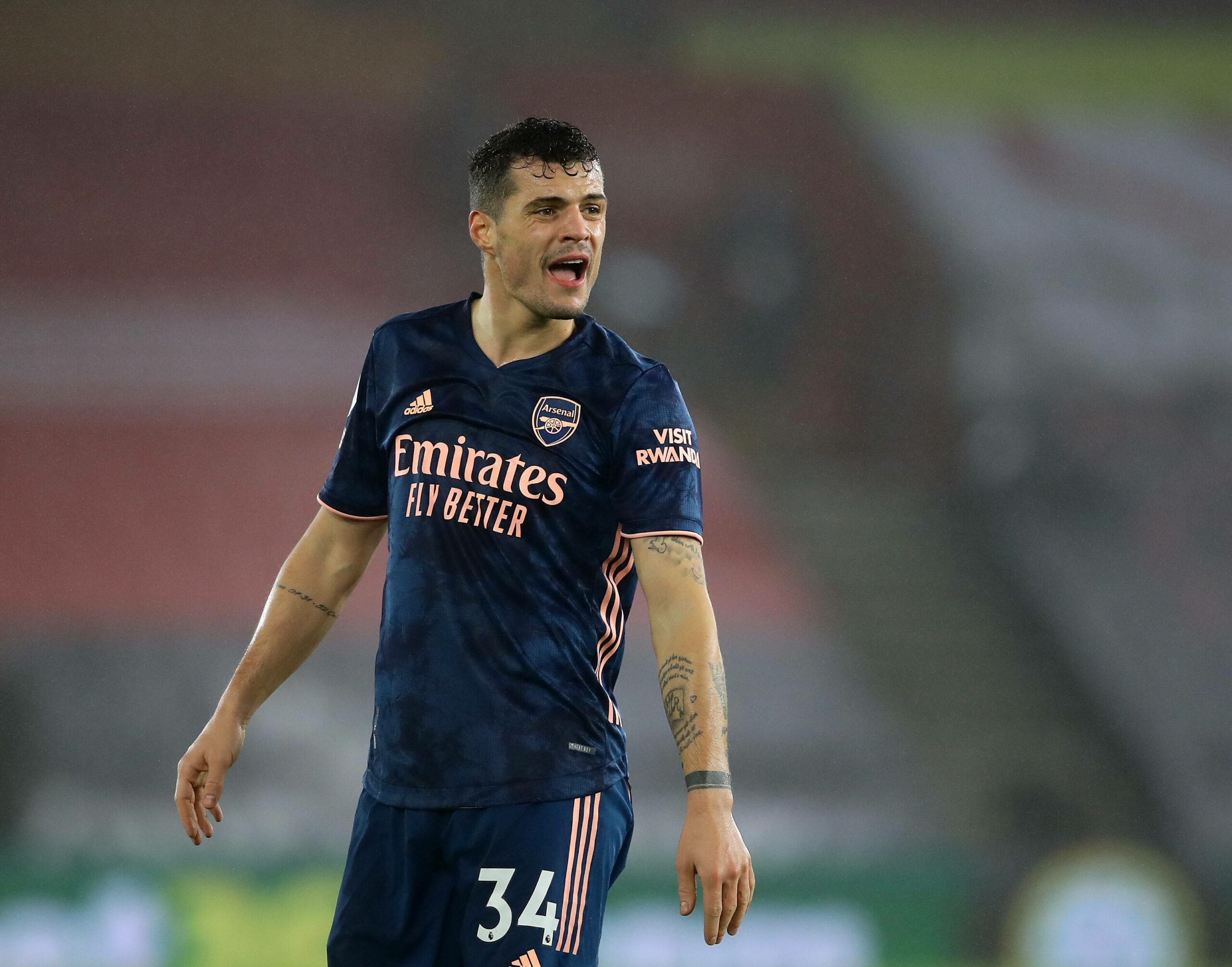 Arsenal are preparing to offer Granit Xhaka a new deal this summer on the back of Roma’s failed pursuit of the Swiss international, the Athletic reports.

I Giallorossi have been heavily linked with the 28-year-old all summer and were expected to make a move for the Arsenal man after his duties had concluded with Switzerland at this summer’s European Championships.

However, it has been reported talks broke down between the two sides after Roma failed to offer a suitable fee for Xhaka, and Arsenal have now turned their attention to extending their playmakers contract which currently runs to 2023.

Xhaka’s five years in the heart of the Arsenal midfield have been nothing short of eventful, experiencing a mixed relationship with the Gunners faithful throughout his time in north London.

His stay at the Emirates looked to be over on the evening of October 27th, 2019, after a heated exchange with the Arsenal fans following his substitution in a 2-2 draw with Crystal Palace.

The altercation resulted in Xhaka being stripped of the captain’s armband and the exit door seemed imminent for the former Borussia Monchengladbach player.

Despite this, Xhaka finished the 2020/21 season having played 45 times across all competitions, frequently adapting to playing out of position in several roles.

Although a clear need for fresh blood in Arsenal’s midfield seems vital, with a lack of creativity glaringly obvious throughout last season, there can be no questioning Xhaka’s spirited efforts during the campaign.

Xhaka finished the 2020/21 Premier League season top of Arsenal’s tackling and passing charts, and the Swiss captain’s stock has rocketed after an excellent Euro 2020 display.

His man of the match performance against France in the round of 16 was particularly impressive, and underlined the excellence he is capable of when his emotions are not getting the better of him.

Following the signings of Nuno Tavares, Albert Sambi Lokonga and Ben White’s imminent arrival at the Emirates, Arsenal will need to generate income through sales before they are able to venture back into the transfer market.

Xhaka’s experience in the current Gunner’s XI cannot be taken for granted, and with a youthful feel to Mikel Arteta’s side heading into the new season, his vocal presence in midfield could be crucial as Arsenal prepare to fight for a return to Champions League football.

News of a reported contract extension for Xhaka has brought a mixed reaction from Arsenal fans on twitter, however optimism seems to remain strong:

A new addition in attack seems crucial for Arsenal’s bid to return to Europe’s elite competition, and tying Xhaka’s future to the Emirates combined with Emile Smith Rowe’s new long-term contract, would allow the club to focus on options further up the pitch.

Xhaka’s story with Arsenal, for now, looks far from over – as the midfield’s sixth year at the Emirates awaits.

Read also: Aberdeen to honour former manager Sir Alex Ferguson with statue for his ‘immense’ tenure at the club.