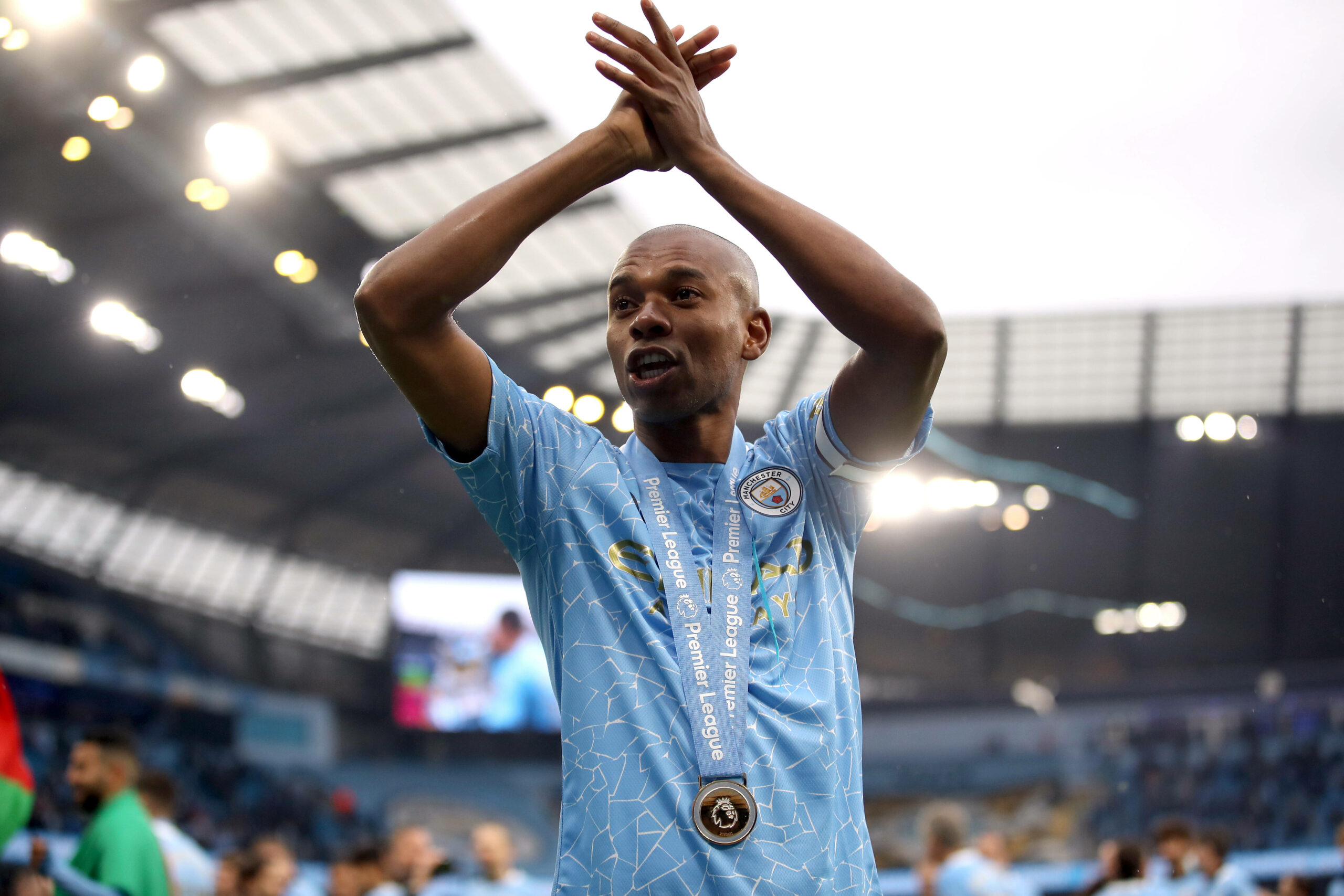 Fernandinho has extended his stay at Manchester City until the end of the 2021/22 season, the club confirmed this morning.

With 350 appearances to his name, the 36-year-old will enter his ninth season with the Sky Blues, and he has underlined his experience will prove vital for Pep Guardiola’s side.

Speaking to the club’s official website he said: “In my head and my mind, the job is not done yet.

“And so that’s why I decided to stay here another year and try to help the team and the club to achieve the goals they are looking for. In my point of view, we can do that, there’s still places to improve and get those targets. And for me and my family it’s a pleasure to stay in Manchester for one more year.”

Fernandinho was so desperate to secure a move to Manchester back in the summer of 2013, that he paid £4 million of his own transfer fee to finalise his departure from Shakhtar Donetsk.

With the Ukrainian club holding out for their £34 million valuation, and the deal likely to fall through, the defensive midfielder took matters into his own hands.

For the Cityzens, this really was a sign of what was to come for their now club captain.

Fernandinho played 46 times for City in his debut season, and his energetic and dynamic displays from midfield were vital in the club securing a Premier League and League Cup double for the first time in their history.

He quickly became the club’s ‘Mr Reliable’ as he cemented his position in the heart of City’s midfield, providing protection for the back four, whilst also containing the ability to instigate attacking moves.

His versatility is what makes him such a valuable asset to the Premier League holders, effortlessly filling in at centre-half when required during the 2019/20 and 2020/21 campaigns.

The club favourite was desperately missed during their Champions League final defeat to Chelsea in May, as the Blue’s comfortably controlled the ball in the middle of the park.

There can be no doubt that Guardiola would have regretted not starting City’s current longest-serving player in Porto.

With four Premier league titles to his name, one FA Cup and a record breaking six League Cups, Fernandinho is a serial winner.

His undoubted experience and influence on City will prove crucial as they bid to retain their Premier League crown, whilst seeking a first Champions League trophy when the new season kicks off in August.