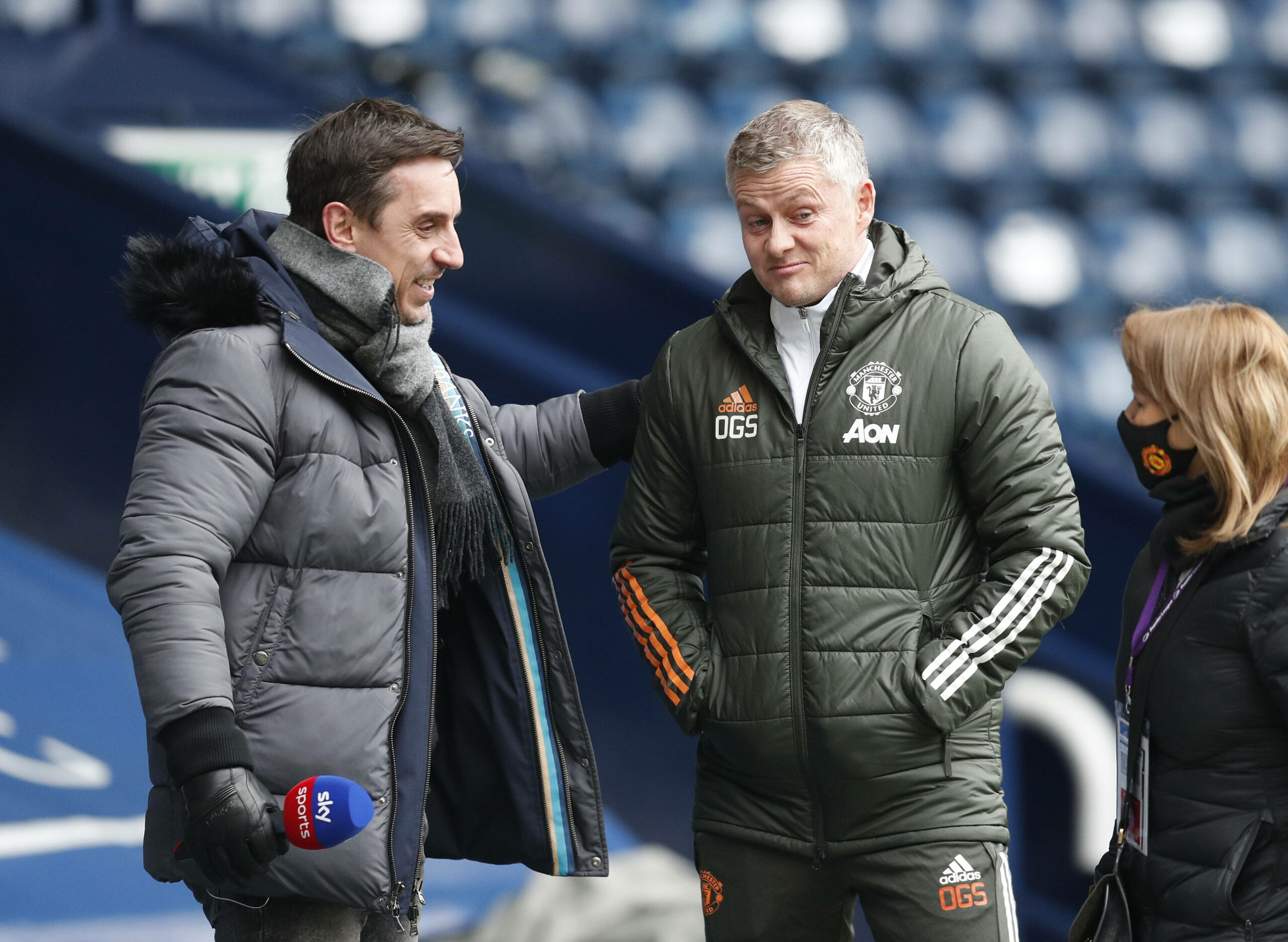 Gary Neville has expressed his concern over how Manchester United play as a team following their defeat to Aston Villa on Saturday.

The Red Devils are expected to compete on multiple fronts this season.

They finished second last year and reached the Europa League final, and have since made three big-name signings in Cristiano Ronaldo, Raphael Varane and Jadon Sancho.

The campaign initially got off to a strong start. They won three of their opening four games, demolishing Leeds United and Newcastle United in the process.

However, their momentum has come to a halt in recent weeks. From their last four games in all competitions, they have won just once and lost the other three, suffering defeats to Young Boys, West Ham United and Aston Villa.

And Man Utd legend Gary Neville is worried, claiming they don’t play as a team but as ‘a group of individuals’.

Speaking to Sky Sports, Neville said: “Even when they were winning, even when Ronaldo scored, they don’t play well enough as a team to win this league in my view.

“I think you have to be a unit in and out of possession. When you only deliver in moments, those moments won’t go for you in certain games. You need patterns of play – you need a way of playing.

“At this moment in time, I still see a group of individuals playing in moments. They’ve got to come together as a team and start to define a style of play.

“The way they are at the moment, they’ll always have games like yesterday (vs Aston Villa).”

The pressure is building on manager Ole Gunnar Solskjaer. The Norwegian is entering his fourth season in charge at Old Trafford, and he is still yet to win a trophy.

Following a busy summer transfer window, many believe there are no excuses for another campaign without silverware. Wednesday’s Carabao Cup exit has already taken one possible trophy off the table.

Over the next two months, Man Utd have several key games.

They play four games in the Champions League and also face the likes of Manchester City, Chelsea, Liverpool, Leicester City, Everton, Arsenal and Tottenham Hotspur in the league.

This run of fixtures could be make or break for Solskjaer.