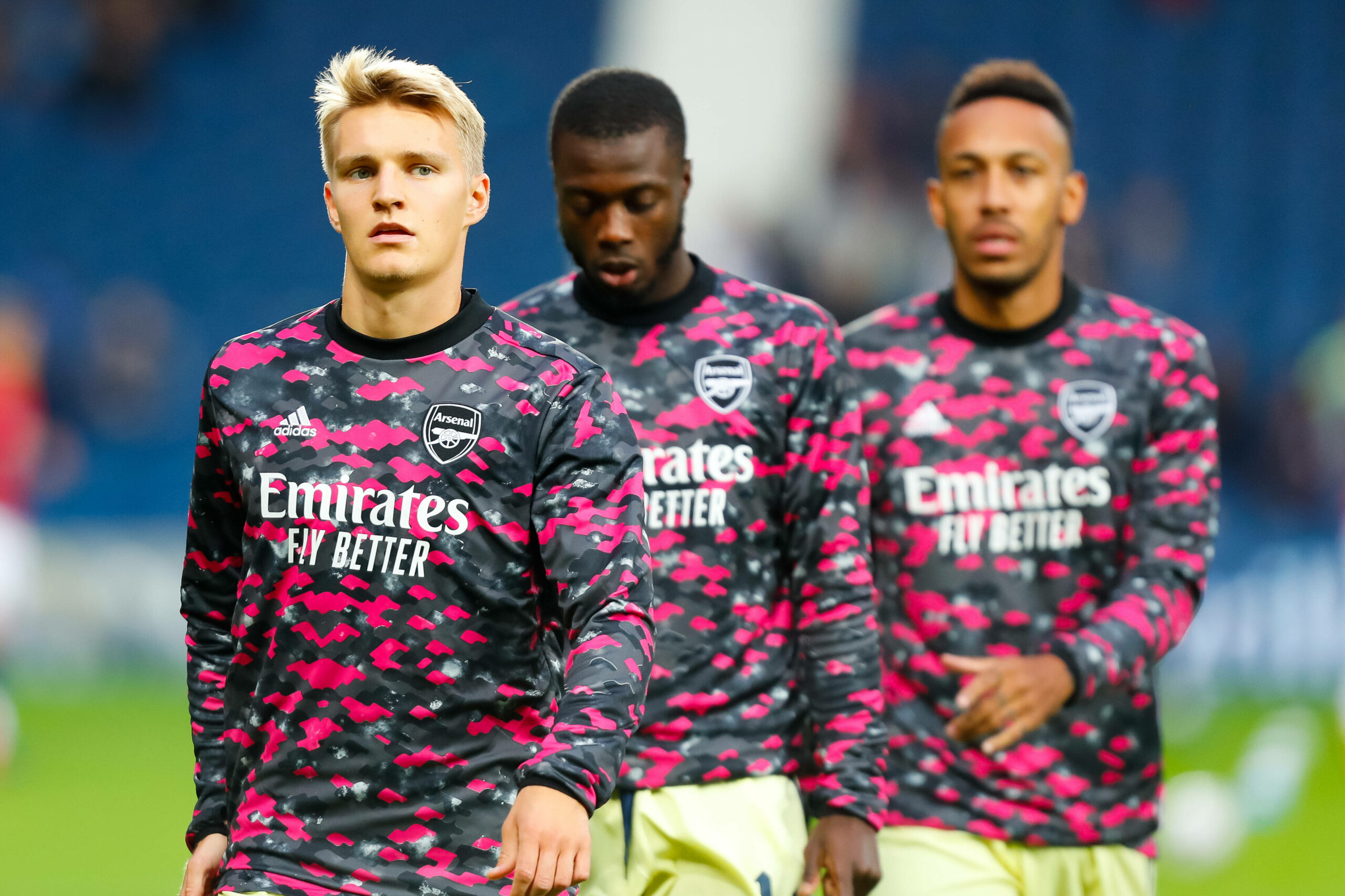 Arsenal ended the recent summer transfer window with the highest spend among the Premier League clubs.

Their start to the league campaign has been poor, with three defeats on the bounce.

There is already immense pressure on manager Mikel Arteta to keep his job.

However, the hierarchy are backing him at the moment, and he needs a quick turnaround.

Injuries and coronavirus have not helped as the Spaniard has struggled to name his best line-up.

After the international break, he may have the chance to do so while integrating his new signings.

The club spent a combined £149 million on players, but not all are expected to make the first XI.

We look at how the Gunners could line up with their new arrivals following the internationals.

Aaron Ramsdale has been brought to the club to provide stiff competition to Bernd Leno in goal.

Leno is prone to the occasional error, but he has made vital saves this term despite conceding nine.

The German is likely to keep his position between the sticks when the club return to action.

Takehiro Tomiyasu was the club’s final acquisition of the transfer window from Bologna.

The Japan international can play at centre-back or right-back and is comfortable with both feet.

The 22-year-old has a good aerial and physical presence. There is a high chance that he could slot at right-back.

On the opposite side, Kieran Tierney is an automatic choice, but there are fitness concerns.

The Gunners have struggled to get the best out of him and will hope that he can stay unscathed for long periods.

Summer signing Nuno Tavares has shown promise, but he is likely to play second fiddle to Tierney.

The initial plan over the summer would have been to pair Ben White and Gabriel Magalhaes in central defence.

That has not been possible with Gabriel’s untimely knee injury while White has been out with COVID-19.

Both players should be fit for the restart. It remains to be seen how they fare together in a back four.

In the short term, the Gunners won’t have the services of Granit Xhaka after his sending-off at Manchester City.

This could pave the way for summer recruit Albert Sambi Lokonga to get an extended run in the line-up.

Thomas Partey could be fit for the restart as he will soon return to training after an ankle injury.

The duo have not played a single minute together since pre-season, and they could be an interesting proposition when they team up.

Arteta may have a potential selection headache on his hands for the attacking roles.

Martin Odegaard was signed permanently last month. He is widely expected to start regularly in the number 10 role.

However, there could be a tough choice to make in the wide attacking positions for the Gunners boss.

Pierre-Emerick Aubameyang appears likely to lead the line with Alexandre Lacazette being rotated with him.

With Nicolas Pepe starting to find his feet, he could get the nod over Emile Smith Rowe or Bukayo Saka.

Judging by the early season form, Pepe could be sharing his workload with Saka on the right wing.

How Arsenal could line up with their new signings