How have the most expensive Premier League signings performed for their clubs? 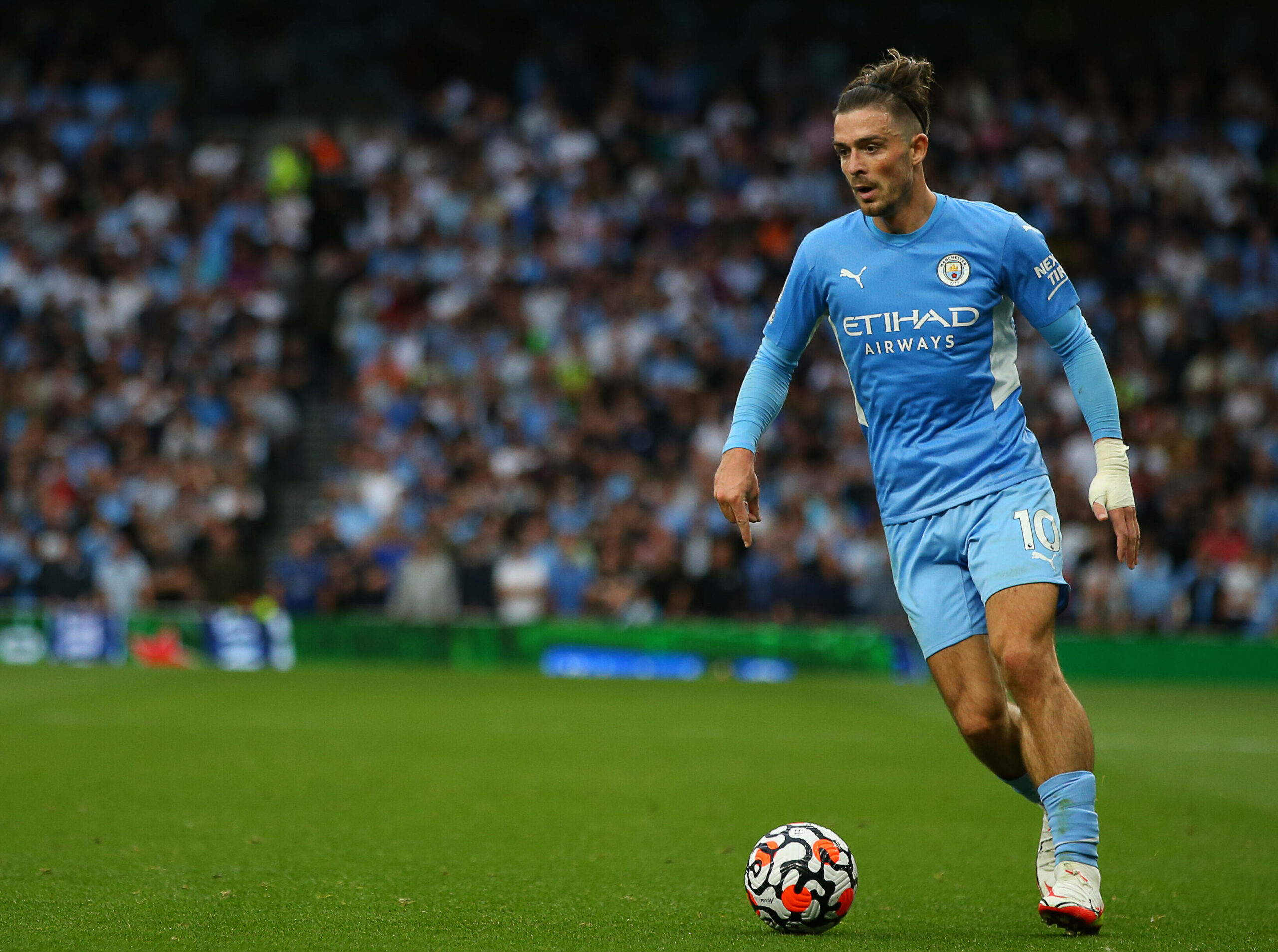 Although we are one weekend into the new Premier League season, the transfer window could still bring some surprises.

English clubs have never ceased to amaze when it comes to pushing the boundaries of the market, with the money flowing around in every transfer window.

Let’s take a look at the record signings of each Premier League side (via Transfermarkt) and how those players repaid the trust.

After two eye-catching seasons at Lille, Nicolas Pepe left France to link up with Arsenal in summer 2019.

Brought in for a club-record fee of €80 million, the 26-year-old winger was expected to become a standout player in the Gunners’ new generation led by Unai Emery at the time.

Despite showing flashes of his potential from time to time, it’s fair to say Pepe has failed to live up to expectations at the Emirates Stadium.

Although he has been able to stay fit during his two-year spell in north London, the Ivorian has never reached his Ligue 1 heights in the Premier League.

With Grealish eventually completing his blockbuster switch to the Etihad Stadium, it is now up to the Argentine attacking midfielder to fill the playmaking boots at Villa Park.

The 24-year-old was nothing short of outstanding in the Championship last season, tallying 15 goals and 17 assists in 39 league outings to help Norwich ensure a swift top-flight return.

Buendia’s impressive showings at Carrow Road have earned him a fair share of plaudits across England.

If he can maintain that kind of form at Villa, the ex-Getafe man could quickly make devastated supporters forget about Grealish’s heartbreaking departure.

Following a stunning five-year stint at Celtic, Kristoffer Ajer left Scotland to link up with the Premier League debutants Brentford this summer.

Known for his aerial strength, strong tackling and leadership skills, the Norwegian should be Brentford’s defensive cornerstone in their first-ever Premier League campaign.

The Bees gained promotion thanks to a rock-solid backline that conceded the fourth-low 42 goals in the Championship in 2020/21.

Ajer’s arrival should help solidify Brentford’s defensive game, and his performance in a 2-0 win over Arsenal showed the London outfit made the right choice to break the club’s record to sign him.

A couple of scintillating seasons in the Austrian Bundesliga with RB Salzburg catapulted Enock Mwepu to prominence and accelerated his big-money switch to Europe’s top-five leagues.

Brighton were quickest to stop the midfielder’s vast potential and capture his signature for €23m on July 6.

Only time will tell whether he or not will be a success in the Premier League.

Burnley splashed out €16.9m to snap up Ben Gibson from Middlesbrough in the summer of 2018, hopeful he could bring consistency and stability to their backline.

Little did they know the English centre-back would turn out to be one of the club’s worst-ever signings.

Gibson never managed to find his footing at Turf Moor, having spent three underwhelming seasons in Lancashire before leaving for Norwich in 2020.

Romelu Lukaku will be looking to turn a nightmare into a fairytale after Chelsea smashed the club’s transfer record to sign him for the second time in one decade.

Whether it was his or Jose Mourinho’s fault, the former Manchester United striker barely had the opportunity to showcase his talents during his first stint in west London.

A lack of game time at Stamford Bridge resulted in Chelsea dispatching Lukaku towards Everton in 2014.

Seven years on, the 28-year-old returns to the club carrying a reputation as one of the deadliest marksmen in Europe’s top-five divisions.

Redemption is well on the cards as Lukaku looks to justify his exorbitant price tag and convince the Blues faithful he deserved more credit last time out.

Liverpool had probably thought they could never recoup £32.5m they spent to purchase Christian Benteke from Aston Villa in 2015, considering the striker’s lacklustre spell at Anfield.

It must have been a huge sigh of relief for the Reds when Crystal Palace came knocking on their door with a €31.2m bid the following summer.

Many had questioned Roy Hodgson’s decision to smash the club’s transfer record to land an out-of-sorts forward in 2016.

Fast forward five years, Hodgson might still be second-guessing his choice to sign Benteke, who has netted just 33 goals in 147 competitive appearances for Palace.

A five-year wandering between Swansea City and Tottenham Hotspur eventually brought Gylfi Sigurdsson to Everton’s threshold in the summer of 2017.

Even though he has had some ups and downs over the past four years at Goodison, no one can deny the 31-year-old has been vital to the Toffees’ set-up regardless of the manager.

Despite working with three different coaches at Everton, Sigurdsson has often been extremely useful in the playmaking aspect and set-piece plays.

Technically gifted and not afraid to take his chances from long-range distance, he remains one of the Merseysiders’ main threats moving forward.

While enjoying a rise to stardom at Valencia, Rodrigo Moreno drew attention from several top La Liga clubs, including Atletico Madrid and Barcelona.

Given the 30-year-old’s household status in his homeland, a €30m move to newly-promoted Premier League side Leeds United in 2020 caught many by surprise.

For such an experienced player, a year of adaptation should be enough to see the Spaniard hit his stride in 2021/22 as Leeds look to build on last season’s half-table finish.

Many wondered if Leicester City were right to allocate €45m to sign Youri Tielemans from Monaco in 2019.

Tielemans has grown into one of the finest Premier League midfielders under the stewardship of Brendan Rodgers, becoming an indispensable figure in Leicester’s starting XI.

The 24-year-old Belgian has been the beating heart of Rodgers’ tactical set-up, often keeping the King Power side ticking over in tumultuous times.

Leicester were probably right to make him the club’s most expensive signing.

Given Liverpool’s proneness to making costly errors in the transfer market, the signing of Virgil van Dijk has been a true refreshment.

In a pool of overpaid misfits and wasted talents, the Dutch defender arrived at Anfield followed with a fair dose of scepticism.

However, there is not much more Liverpool fans could have asked from Van Dijk, who has single-handedly turned one of the Premier League’s sloppiest backlines into a force to be reckoned with.

It is enough to say the Reds had been on a 30-year title wait in England’s top-flight before the ‘flying Dutchman’ brought the crown back to Merseyside back in 2019/20.

Manchester City are no strangers to making heavy investments in the transfer market, but they have pushed their limits to a whole new level to land Jack Grealish.

After months of tiresome speculations, the reigning Premier League champions signed the Aston Villa homegrown star on August 5, smashing the British transfer record in the process.

With Grealish, it’s all about technique, movement and quick thinking. He is an absolute magician with the ball at his feet.

The 25-year-old’s skills are handmade for Pep Guardiola’s system at the Etihad, and it’s hard to make a case for him not to thrive in the new environment.

Paul Pogba has always been a polarising figure, depending on which side of the spectrum of liking him you stand.

Despite the midfielder’s topsy-turvy five-year spell at Manchester United since his blockbuster return from Juventus in 2016, no one can skills and quality away from him.

After experiencing mixed fortunes in the early stage of his second stint at Old Trafford, Pogba has begun to impress week in, week out over the past couple of seasons.

Incidentally, the 28-year-old’s resurrection has coincided with Bruno Fernandes’ arrival from Sporting Lisbon, with the pair forging a formidable midfield partnership under Ole Gunnar Solskjaer.

A return of four assists during the Red Devils’ 5-1 hammering of Leeds in their 2021/22 Premier League curtain-raiser is the latest testament to Pogba’s playmaking abilities.

Unlike the Manchester sides, Newcastle United are not necessarily famous for splurging cash, though they have had their moments in the past years.

That’s why the Magpies genuinely surprised many when they gifted TSG Hoffenheim around €44m to acquire Joelinton’s services in 2019.

The Brazilian forward’s haul of ten goals from 81 appearances in all competitions indicates he has failed to repay Newcastle’s faith in him thus far.

Yet, with four years left to run on his current contract at St James’ Park, there’s plenty of time for Joelinton to show the Tynesiders faithful what he is made of.

You have to go back to January 2016 to find the most lucrative piece of business made by Norwich City.

That’s when the Canaries invested €11m to bring tall centre-back, Tim Klose, from Bundesliga side Wolfsburg.

Having amassed 128 appearances in all competitions for the Carrow Road outfit, the 33-year-old deserves the benefit of the doubt despite Norwich’s continuous shifting between the Premier League and the Championship over the past few years.

Following a dreadful stint at Liverpool, Danny Ings had a mountain to climb to prove he was no pushover when he moved to Southampton in 2018.

Initially arrived on loan with an option to buy, the English striker swiftly became one of the most loved figures at St Mary’s Stadium.

Ings got his career back on track during his three-year career at Southampton, grabbing 46 goals and ten assists in 100 competitive appearances.

After regaining recognition in the Premier League, the 29-year-old secured a lucrative £25m switch to Aston Villa earlier in the summer.

After falling out with the previous manager Jose Mourinho, Tanguy Ndombele seems to be experiencing similar problems with Nuno Espirito Santo.

According to several reports, the 24-year-old Frenchman has informed Tottenham Hotspur he wants out following an altercation with the boss.

Considering his playing time and lackadaisical displays when on the pitch, Tottenham look unlikely to recoup the €60m they paid Lyon two years ago.

As things stand, Ndombele could go down in the history books as one of the worst signings Spurs have ever made.

Ismaila Sarr swapped Rennes for Watford in summer 2019 on the back of two stunning seasons in Ligue 1, becoming the English team’s most expensive acquisition in the process.

The Hornets’ efforts to retain the quicksilver winger after being relegated in 2019/20 despite genuine interest from several notable Premier League clubs paid massive dividends last season.

Sarr played a pivotal role in helping Watford reclaiming a top-flight status after a season away, scoring 13 and assisting ten in 39 Championship matches last term.

The 23-year-old continues to generate interest from across the Premier League, and the Vicarage Road outfit should make a hefty profit should they decide to cash in on their prized asset this summer.

Both West Ham United and Sebastien Haller would likely want to forget they have ever been in a relationship, the one that cost the Hammers nearly €30m.

The Londoners paid Eintracht Frankfurt €50m to land the Ivory Coast international in summer 2019, only to sell him to Ajax a year-and-half on for approximately €22.5m.

A tally of 14 goals from 54 competitive outings was not something West Ham expected from Haller when they made him the club’s record signing.

It’s been a year since Fabio Silva left Porto to team up with the fellow Portuguese colony at Wolverhampton Wanderers in a record-breaking €40m transfer.

However, the prodigious forward who clocked up just four goals in his maiden Premier League campaign remains a mystery.

Although his potential has never been brought into question, the lack of end product could quickly backfire on the 19-year-old should his scoring woes continue in the second season at Molineux.