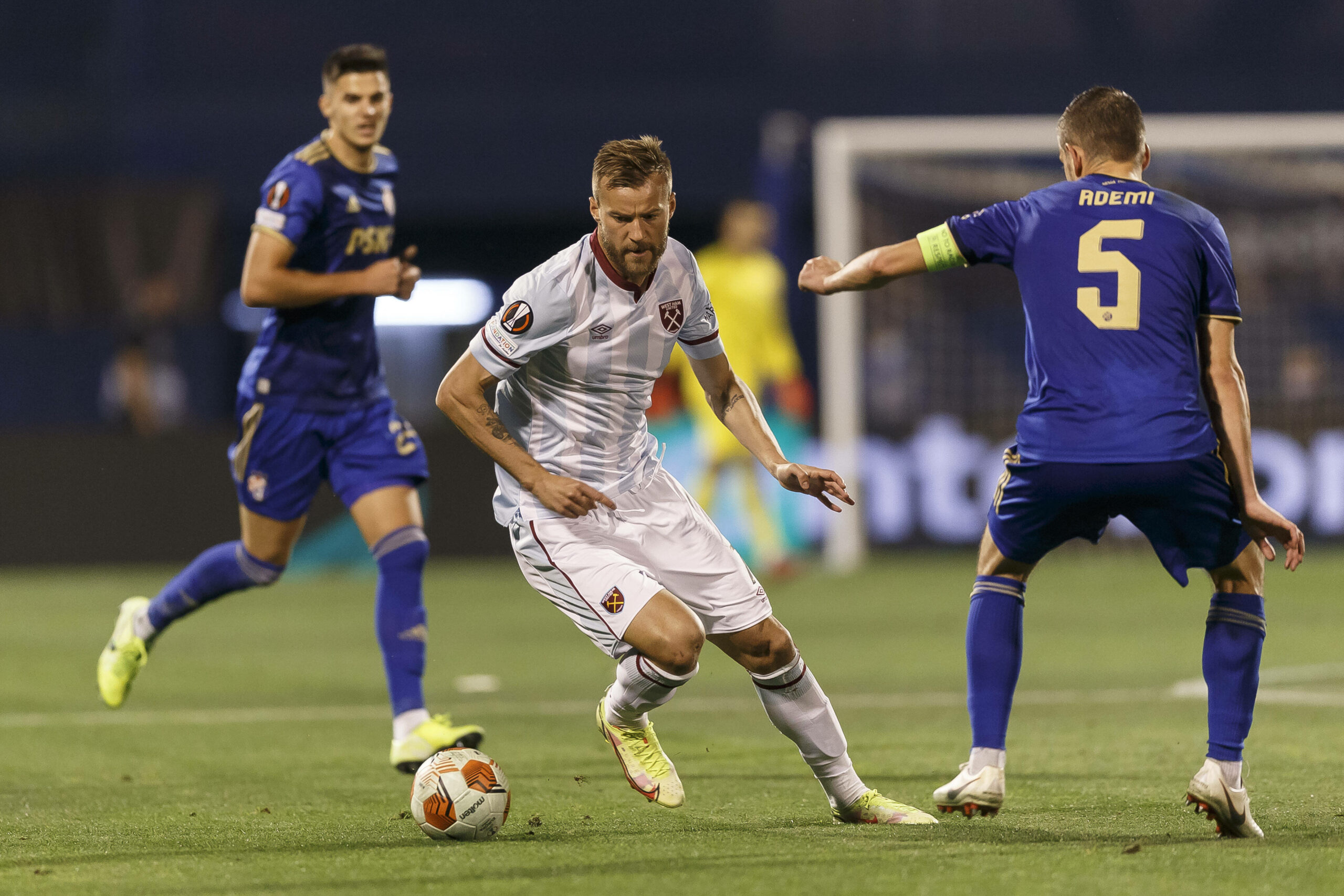 West Ham United are scheduled to host Manchester United in the Premier League this afternoon.

The Hammers made a terrific debut in the Europa League group stage in midweek with a convincing 2-0 triumph over Dinamo Zagreb away from home.

Michail Antonio and Declan Rice scored two sublime goals, but the former won’t face United today as he will be serving a one-game domestic ban.

Aside from Antonio, the Hammers could be missing the services of Said Benrahma, who sustained a knock to his knee during his cameo against Zagreb.

The absence of the duo is a huge blow for the Hammers, who have failed to beat United in the past three meetings.

Alphonse Areola was widely anticipated to make his Hammers debut in the Europa League, but David Moyes decided to stick with Lukasz Fabianski in goal.

Moyes has made it clear that Fabianski remains the undisputed number one despite Areola’s arrival. The Poland international is expected to continue.

In defence, there could be a couple of changes. Ryan Fredericks produced a terrific attacking display against Zagreb, and was unlucky not to score.

However, Vladimir Coufal remains the regular right-back, and he is better defensively and offensively. He will reclaim his role for the United clash.

Kurt Zouma had a solid debut alongside Issa Diop. Diop had one of his best performances in the Hammers shirt in a while, but he may be replaced.

Angelo Ogbonna has been the Hammers’ best centre-back over the past few years. The Italian is likely to reclaim a starting spot after the midweek rest.

At left-back, Aaron Cresswell appears set to continue. He has not been given much of a breather with Arthur Masuaku having just returned after an injury.

Rice bagged a stunning solo goal against Zagreb. He is an undisputed starter in midfield, and could be the captain again with Mark Noble on the bench.

Tomas Soucek remains another automatic midfield choice when fit. The Czech will have a key part to play later today with his aerial presence from set-pieces.

Further forward, Nikola Vlasic could make his full Premier League debut from the number 10 role with Pablo Fornals dropping into the left-wing position.

There could be a surprise start for Andriy Yarmolenko up front with Jarrod Bowen on the right-wing. The two could interchange positions during the game.