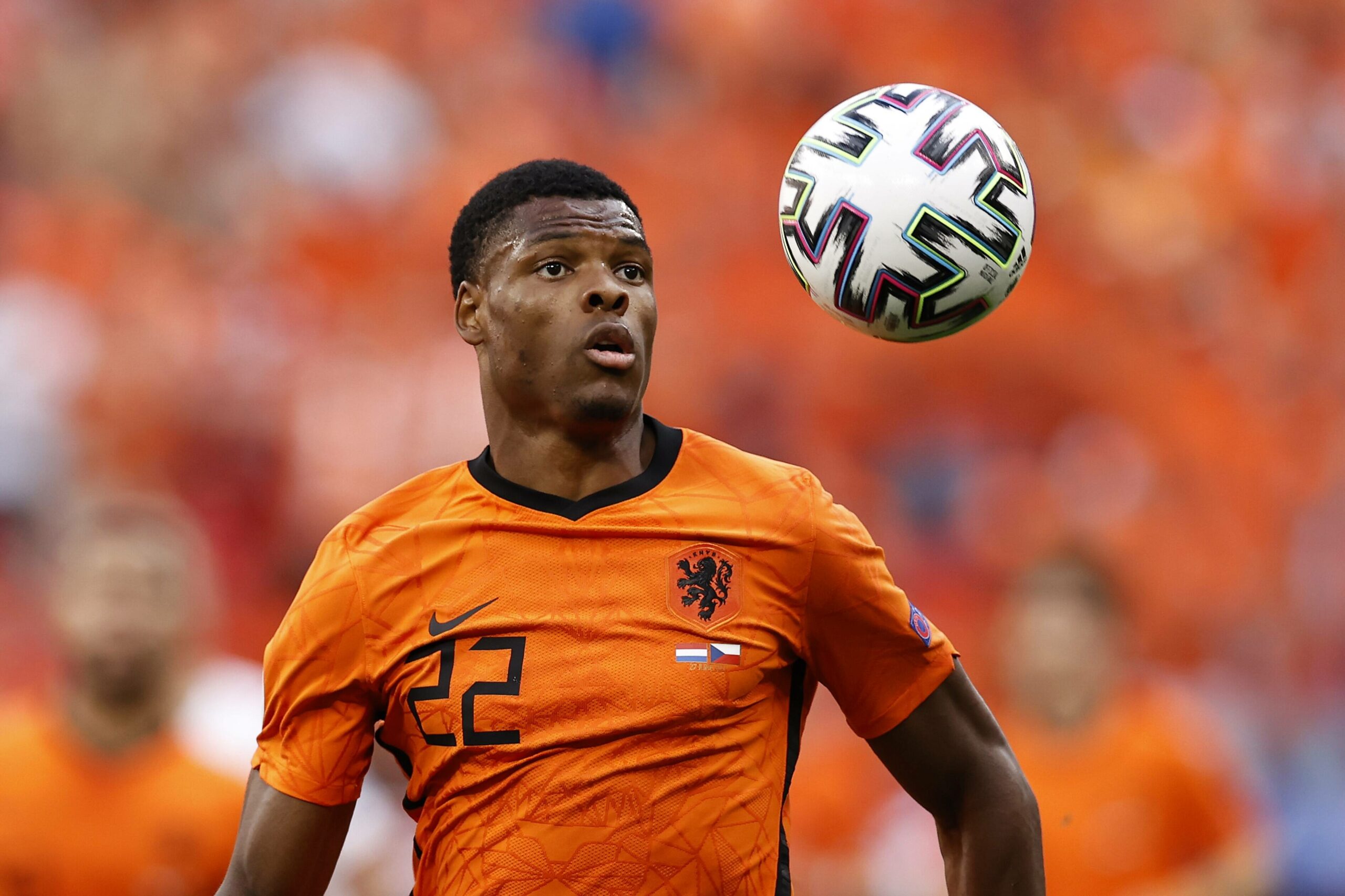 Inter Milan are reportedly on the cusp of signing Everton target Denzel Dumfries after agreeing a transfer fee with PSV Eindhoven.

Dumfries will arrive in Italy tonight to undergo his medicals before putting pen to paper on a long-term deal.

Everton boss Rafa Benitez was keen to land one of the European Championship revelations to increase competition at right-back.

Seamus Coleman is the Spaniard’s only option at the right-hand side and, given his recent medical history, he needs a reliable back-up.

However, Everton never came close to meeting PSV’s demands, and their reluctance to step up their pursuit of Dumfries has now come back to haunt them.

After green-lighting Romelu Lukaku’s big-money move to Chelsea earlier this month, Inter have raised funds to finance the Dutchman’s arrival.

The reigning Serie A holders have been searching for a new right-back since selling Achraf Hakimi to Paris Saint-Germain earlier in the summer.

Dumfries has emerged as Inter’s preferred solution, but a lack of cash liquidity forced them to look for alternate options.

Cagliari’s Nahitan Nandez and Arsenal’s Hector Bellerin were on the Italians’ radar before Lukaku’s impending departure for Stamford Bridge.

Bellerin was even said to be pressuring the Gunners to let him move the Giuseppe Meazza as part of his bid to reignite his career.

The Spaniard is no longer Mikel Arteta’s first-choice right-back, with a series of injury setbacks contributing to his downfall at the Emirates Stadium.

But Bellerin will now have to either settle for staying in north London or try to secure a new contract elsewhere.