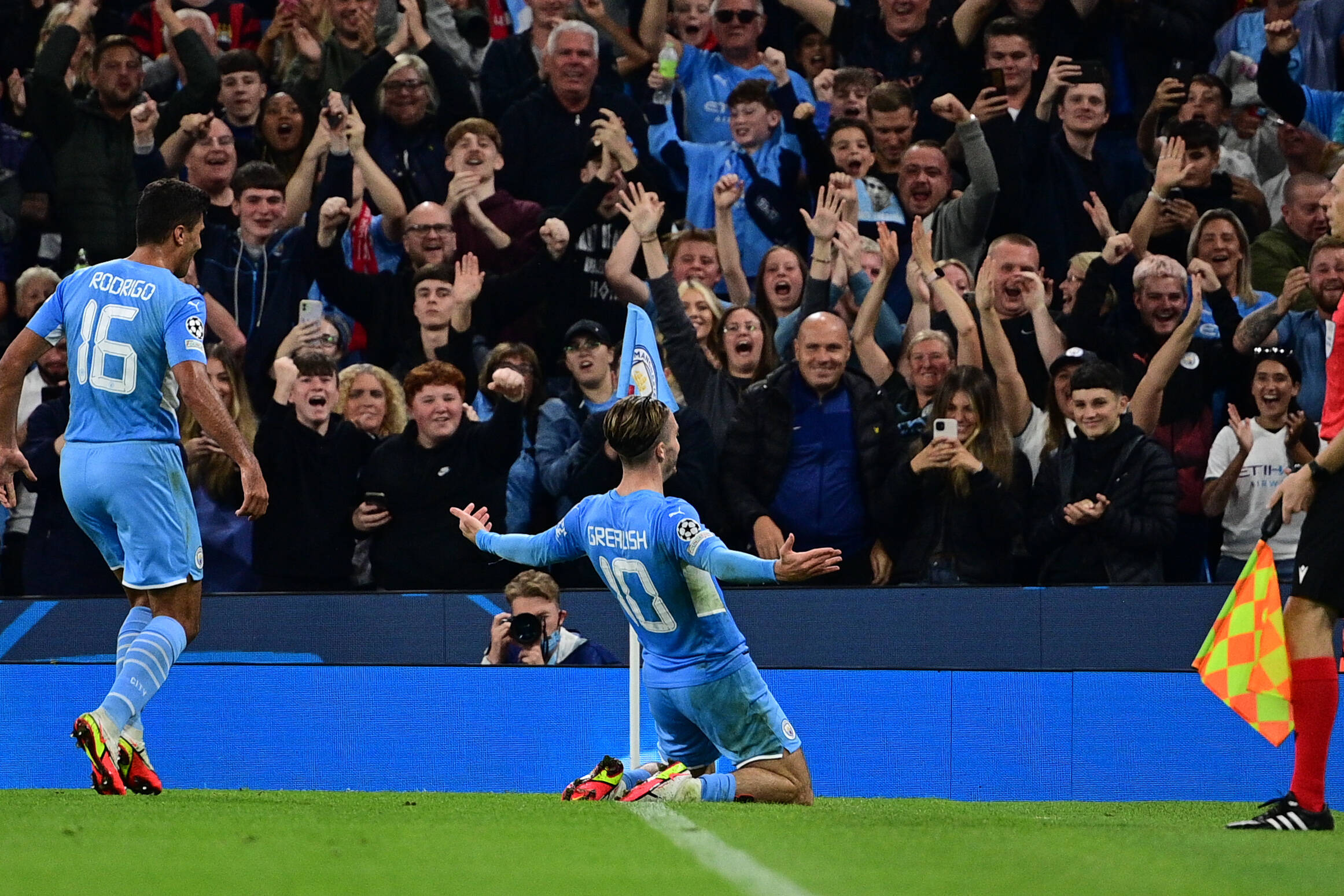 It was a Champions League debut worth waiting for Jack Grealish, who inspired rampant Manchester City to an overwhelming 6-3 win over RB Leipzig at the Etihad Stadium.

After assisting Nathan Ake for the game’s opener and scoring a wonder goal out of thin air afterwards, Grealish reacted to his dazzling showing on his European debut.

“I loved it – I’ve been waiting a while, the past few days and weeks I couldn’t wait for this game,” he told Man City’s official website.

“It’s a great night! It was one of those games, it had absolutely everything.

“We’re delighted to get the win against a good team, they were full of energy. I’m delighted personally mainly with the three points, but also with the goal and assist.

“Ruben [Dias] went into a tackle, then the ball came to me. When I’m running into the opposition area I back myself against anyone one on one and luckily it paid off and I hit the back of the net. I’m delighted to get the goal.

“Anything can happen in the Champions League, that’s why it’s such a wonderful competition.

“As soon as the game kicked off, I thought in my head I’ve actually played in the competition now. The game and result topped it all off.”

Man City firmly put last season’s grand final heartache behind, dismantling a good-looking Leipzig side in their Group A curtain-raiser.

In addition to Grealish and Ake, Riyad Mahrez, Gabriel Jesus and Joao Cancelo also got on the scoresheet, while Nordi Mukiele helped the hosts’ cause with a first-half own goal.

Grealish swapped Aston Villa for the Etihad in a record-breaking £100 million deal this summer.

He has since gone from strength to strength under Guardiola’s stewardship.

The two have already developed a strong relationship and were spotted exchanging words on the touchline on more than one occasion on Wednesday night.

Grealish also admitted that the Spaniard is always trying to provide tips from the dugout.

“The manager was just talking about defensive work,” the 26-year-old replied when quizzed about his conversations with Guardiola.

“That’s what he’s like, he’s always wanting more defensively and offensively, he’s someone I’m going to listen to after everything he has achieved in the game. He’s always giving out useful information.”

Read: How Leicester City could line up (4-4-2) vs Napoli in the Europa League.