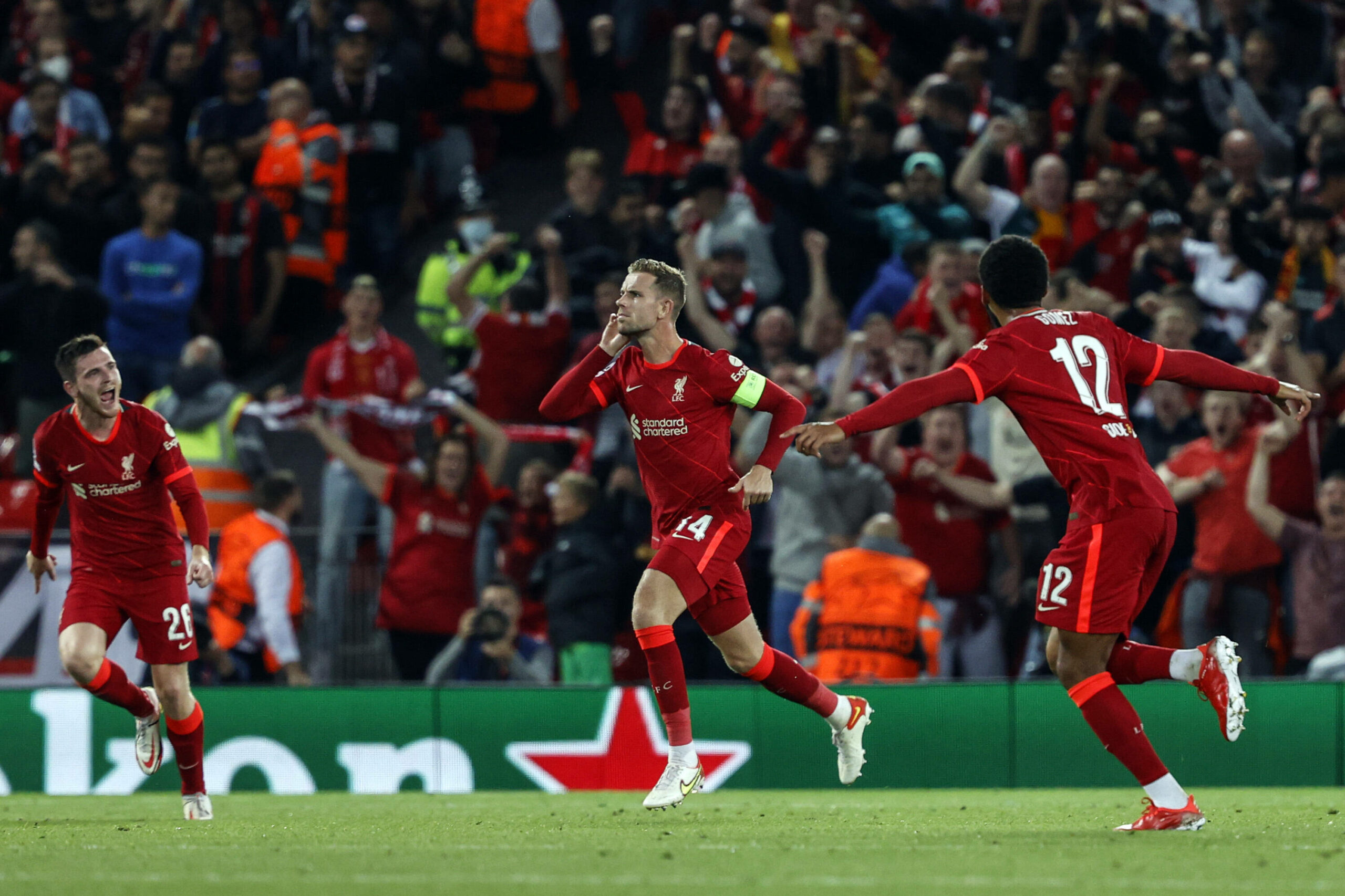 Liverpool got their 2021/22 Champions League campaign off to a flying start last night, beating familiar foes AC Milan 3-2 in an enthralling Group B opener at Anfield.

Jordan Henderson, the architect of the Merseyside giants’ vengeance for ‘Athens 2007,’ refused to hide his excitement about returning to the scoresheet in Europe’s elite competition.

“Yeah, it’s very nice to get back on the scoresheet,” the 31-year-old said, as relayed by Liverpool’s official website.

“It’s been a while, so it’s always nice to score a goal and I’m going to play a little bit further forward in that position.

“I think I need to be chipping in with a few more goals as well.

“So it was nice to get on the scoresheet and find the winner.”

The Reds supporters tasted the ‘Istanbul experience’ again as Liverpool and Milan produced a thriller at Anfield on Wednesday night.

Jurgen Klopp’s side broke the deadlock only eight minutes into the game through Fikayo Tomori’s own goal, although much of the credit for the opening goal goes to Trent Alexander-Arnold.

Mohamed Salah wasted a prime opportunity to put clear daylight between the sides and potentially kill the game off after just 14 minutes as Mike Maignan saved his spot-kick attempt.

Milan brutally punished Liverpool’s missed chances to level the score in the 42nd minute, with Ante Rebic slotting the ball past Allison Becker from point-blank range.

Real Madrid loanee Brahim Diaz made sure the first-half drama carried on, latching onto a rebound inside the six-yard box to turn the tables on the hosts on the stroke of half-time.

Despite trailing at the break, Liverpool never looked to be on the back foot. They continued to dominate possession and maintain unrelenting pressure on Milan’s backline.

Salah redeemed himself just four minutes after the break to draw the Reds level and initiate another astonishing second-half comeback.

The Rossoneri faithful experienced the ‘Istanbul 2005’ deja vu when Jordan Henderson smashed the half-volley into the bottom right corner midway through the second half.

The Merseysiders captain was scoring his first Champions League goal since finding the net in Liverpool’s 2-2 away draw with Bulgarian outfit Ludogorets in November 2014.

Henderson’s stunning winner has already equalled his tally across all competitions last season.