Leicester 1-2 Chelsea: How the top four race has been effected 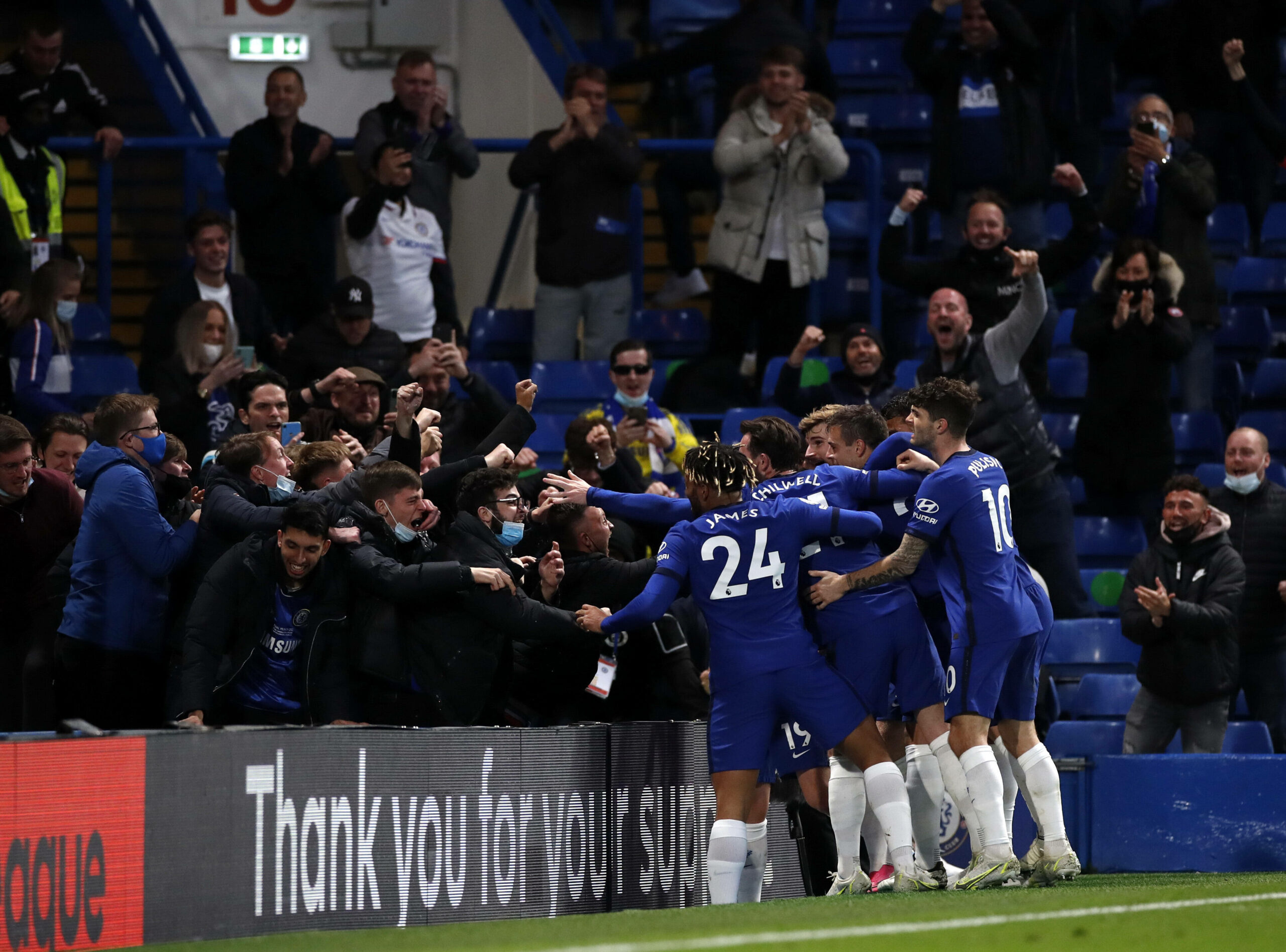 Chelsea’s 2-1 win against Leicester on Tuesday night was a hugely important game for both sides, with the Foxes’ Champions League hopes hanging by a thread.

Thomas Tuchel’s side took the lead through Antonio Rudiger, before Jorginho doubled Chelsea’s lead from the penalty spot.

Leicester did get one back through Kelechi Iheanacho, with the Foxes piling on the pressure in the final moments of the game.

However, Chelsea were able to hold on for an invaluable three points in the race for Champions League football.

Now, we are going to take a look at the implications for both teams, as well as Liverpool.

Starting with the victors, this was a hugely important win for Thomas Tuchel’s side.

Having been outside the top four going into this game, those three points put Chelsea in the driver’s seat for the final round of Premier League games.

Sitting on 67 points, the Blues just have to better Liverpool and Leicester’s results on the final weekend of the season.

Tuchel’s side will face off against Aston Villa for their final game at Villa Park, before travelling to Portugal for the Champions League final.

While Tuchel may have to rest players for the Champions League final just six days later, he must field a team capable of getting the job done.

This defeat will come as a big blow for Leicester.

However, they could now be at the mercy of Liverpool.

The Foxes are sat on 66 points and will face off against Europa League hopefuls Tottenham in their final game of the season.

Liverpool could go level on points with Leicester if they defeat Burnley on Wednesday night and would go above Brendan Rodgers’ side on goal difference with a win.

If the Reds heavily beat Burnley at Turf Moor, a win against Tottenham for Leicester may not even secure them fourth in the Premier League table.

Essentially, Leicester need Liverpool to slip up if they are to secure Champions League football for next season.

As we have explained, Liverpool could be in a very favourable position should they beat Burnley on Wednesday.

The Reds have endured a very difficult season and Jurgen Klopp recently admitted that it would be a huge achievement for Liverpool to make the top four.

Though, Chelsea’s win against Leicester has given them a chance, one they cannot afford to miss out on.

Any slip up in their games against Burnley and Crystal Palace could see Leicester sneak back into the top four with a win over Tottenham, so there is a very slim margin or error.

However, Liverpool are unbeaten in their last eight games, winning six.

With that kind of form, the Reds will be confident of reaching the top four and staying there until the end of the season.