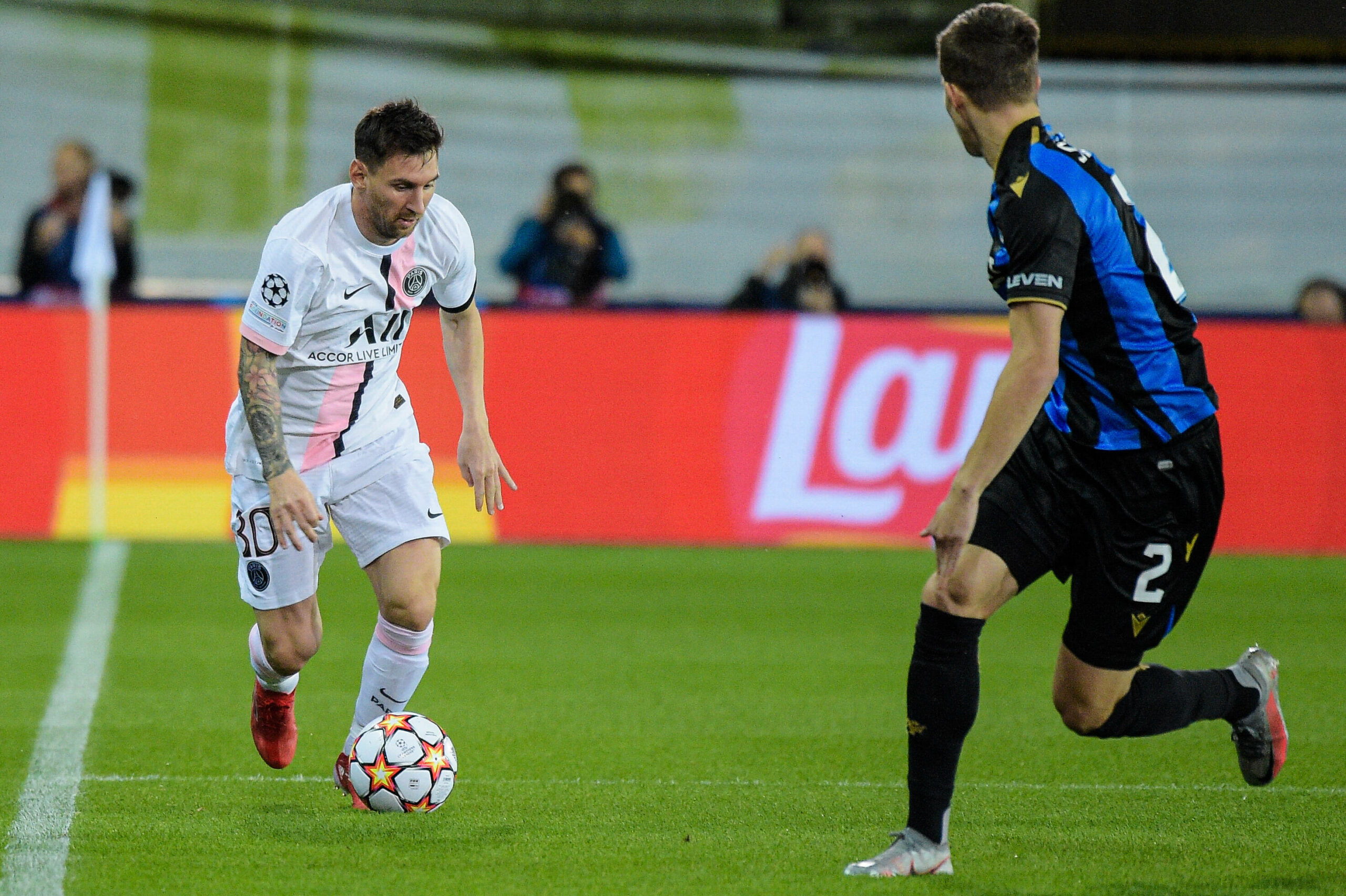 Lionel Messi made his Champions League debut for Paris Saint-Germain on Wednesday as Mauricio Pochettino’s side drew 1-1 at Club Brugge.

Despite heading into the Jan Breydel Stadion showdown as overwhelming favourites, PSG failed to impress against a spirited Brugge side.

Kylian Mbappe found Ander Herrera with a pinpoint cross from the left flank, with the ex-Manchester United midfielder hammering the ball home with a well-placed first-time effort from just inside the box.

Although Les Parisiens took an early lead, they failed to create enough opportunities in the front third, while they simultaneously suffered at the back.

Brugge refused to give up their hopes of upsetting the kind-looking visitors and tried to push forward in numbers, with Noa Lang and Charles de Ketelaere giving PSG’s defenders a sizeable headache.

However, it was captain Hans Vanaken who cancelled out Herrera’s opener with a stellar first-time finish from Eduard Sobol’s inch-perfect lay-off.

Despite a massive gulf in quality between the sides, the reigning Belgian holders looked to be on the front foot for most of the match.

Messi, who registered his first Champions League appearance for PSG, showed flashes of his magic, but it was not enough for the Ligue 1 heavyweights to win in Bruges.

The six-time Ballon d’Or winner came close to scoring his debut goal for the French side, but his outrageous long-range attempt rattled off the crossbar in the first half.

He also nearly set up Mbappe for PSG’s second, but former Liverpool goalkeeper Simon Mignolet came off better in a one-on-one situation with the World Cup winner.

The Frenchman limped off the pitch in pain just six minutes into the second half as Mauro Icardi came off the substitutes bench.

Mbappe’s withdrawal put the brakes on PSG’s efforts to break forward quickly, with Neymar struggling to keep hold of possession next to Brugge’s tenacious defenders.

Messi and co failed to mastermind a single decent scoring chance after the 22-year-old’s exit and ultimately got away with a draw.

The Argentina captain will have another opportunity to get off the mark in the new shirt when Lyon arrive at the Parc des Princes for a mouth-watering Ligue 1 clash on Sunday.