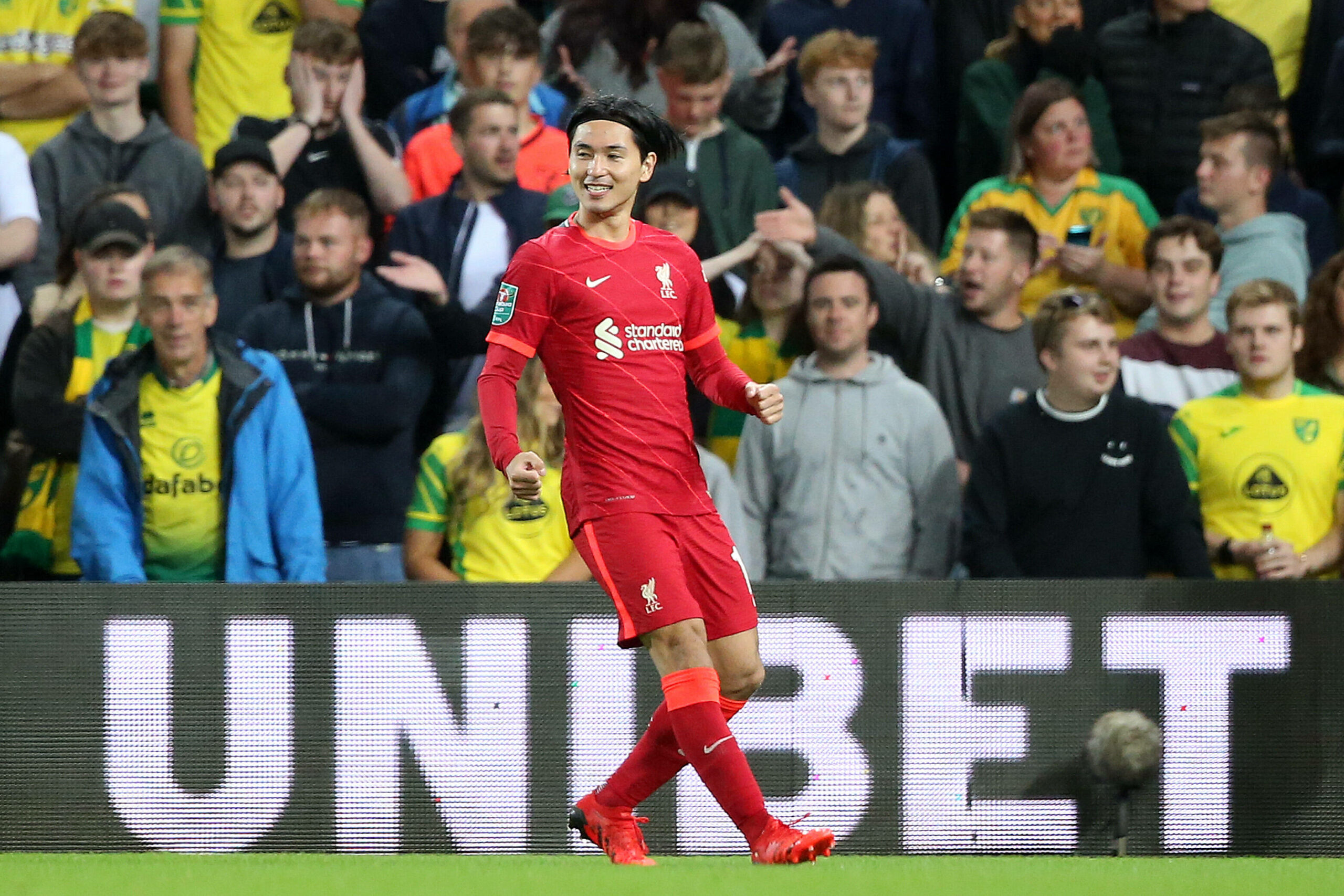 A selection of Liverpool fans were impressed with Takumi Minamino’s performance during the club’s 3-0 win over Norwich City in the Carabao Cup third round.

The Japan international spent the back end of last season on loan with Southampton, and he hinted that he could leave the Reds permanently earlier this summer.

However, he ended up staying with the club with Xherdan Shaqiri heading for the exit door instead.

After being an unused substitute for five games this term, Minamino finally got the chance to impress against the Canaries in the League Cup tie at Carrow Road.

He made the most of the opportunity with two well-taken goals in either half.

Minamino scored his first from a left-wing corner. He converted Divock Origi’s header with a terrific shot on the turn that nutmegged goalkeeper Angus Gunn.

10 minutes from time, he bagged his second. He was put through on goal by Alex Oxlade-Chamberlain but still had plenty to go to find the back of the net.

The 26-year-old showed terrific composure in the close proximity of three Canaries defenders before placing his shot into the bottom right corner.

Aside from his goals, Minamino excelled with his distribution from deep-lying positions. Some fans on Twitter were delighted with his hard-working display.

Minamino can play anywhere across the attack but remains out of contention for a league role with the presence of Mohamed Salah, Sadio Mane, Diogo Jota and Roberto Firmino.

Manager Jurgen Klopp will look to rotate his options as the season progresses. Minamino will have his opportunity to start in the league at some point of time.

His chance may come at the beginning of next year when both Mane and Salah could miss up to four weeks of Reds action due to African Cup of Nations duty.

The £75,000-per-week star has shown a definite improvement with his finishing from his recent display. It remains to be seen whether he can make a similar impact off the bench.