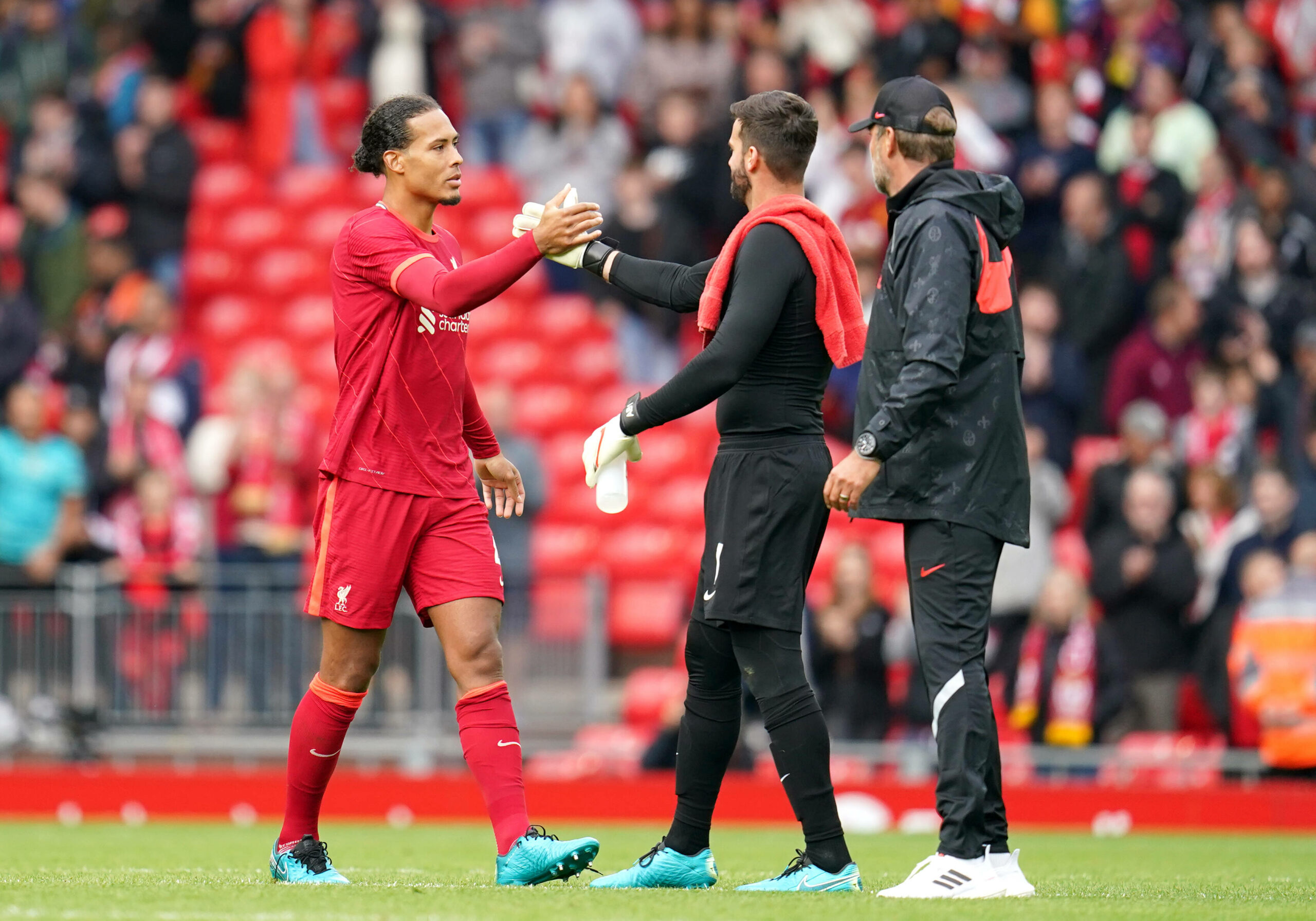 Jurgen Klopp has admitted Virgil van Dijk and Joe Gomez could return to Liverpool’s starting line-up for their Premier League curtain-raiser against Norwich City on Saturday.

In the build-up to the Reds’ trip to Carrow Road for their 2021/22 Premier League opener, Klopp told talkSPORT that the centre-back duo could feature in the starting XI.

“I think so – it looks like it,” he said. “But, how it is with these kind of things, we have nothing to rush in this department.”

“f I think we have to take them off earlier, then it makes no sense because centre-half is not actually a position where you want to change during a game, and so we will see.

“But both look really good. An intense season is coming up. We will see how we decide that.”

Liverpool were forced to play without their first-choice centre-halves for most of last season.

Van Dijk picked up a season-ending injury after a horrible collision with Everton keeper Jordan Pickford in October.

Meanwhile, Gomez suffered a knee tendon injury a month later during England training and spent the remainder of the season on the sidelines.

The pair returned to action during off-season preparations, facing Hertha Berlin as second-half substitutes back in July.

With the duo’s fitness condition still under scrutiny, Klopp may go for Ibrahima Konate to hold down the backline against newly-promoted Norwich.

The Frenchman arrived from RB Leipzig for £35 million earlier in the summer, carrying a reputation as one of the most exciting young defenders in Europe.