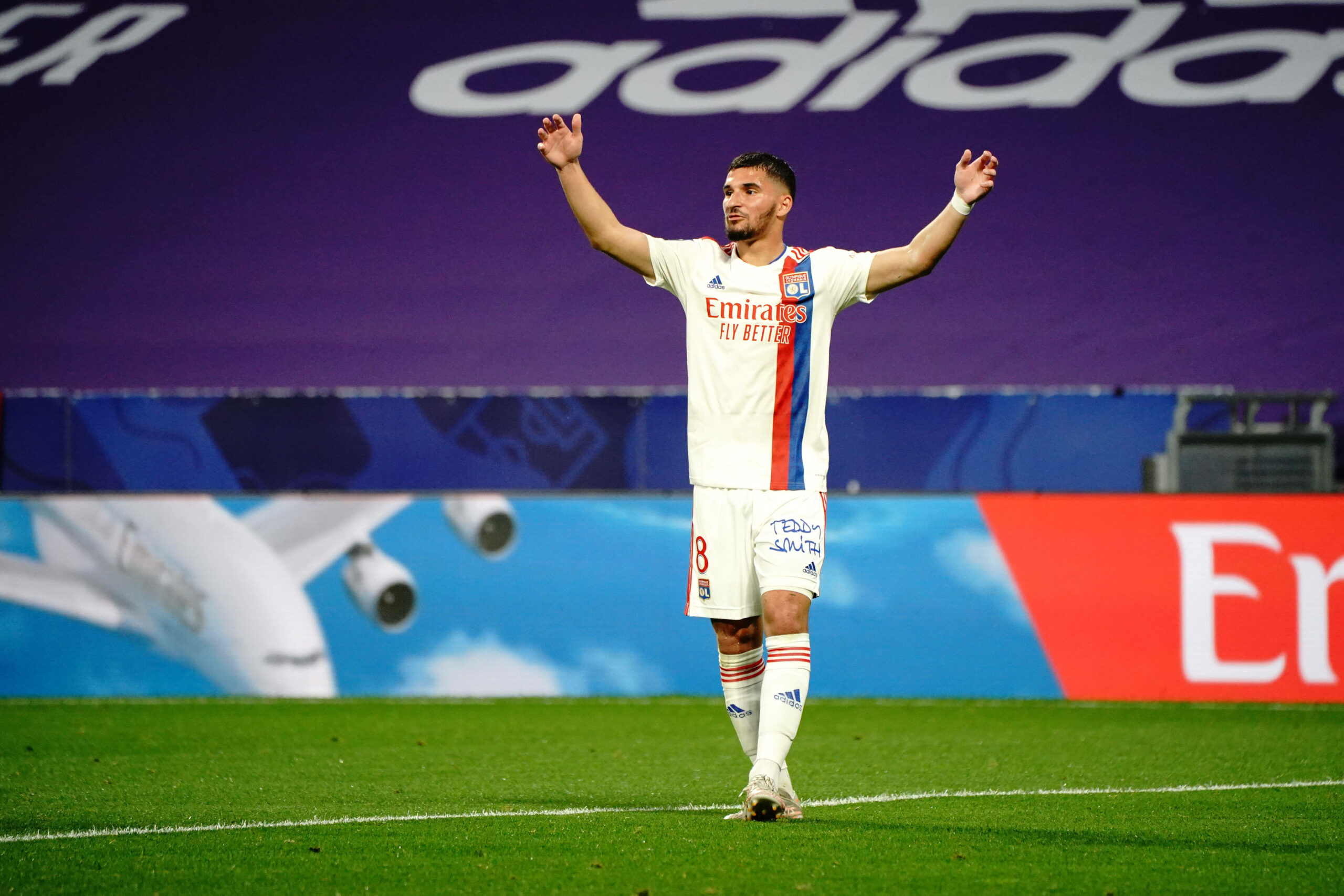 Liverpool and Manchester United have joined Arsenal and Tottenham Hotspur in the race to sign Lyon playmaker Houssem Aouar.

As per Le10Sport, the Reds have identified the Frenchman as Georginio Wijnaldum’s long-term successor at Anfield and are ready to challenge their Premier League rivals for his signature.

Aouar was keen to join Arsenal last summer, but the Gunners failed to match Lyon’s demands despite continuous attempts to land the midfielder.

The 23-year-old is in the final year of his contract at the Groupama Stadium, which puts Les Gones in an awkward situation in the current transfer window.

After being informed of the player’s desire to leave Ligue 1, Lyon are reportedly ready to let him go for a reduced fee of £21million.

The French side’s readiness to negotiate Aouar’s departure on favourable terms has prompted Arsenal to reignite their interest in the gifted playmaker.

Mikel Arteta is desperate to find a suitable replacement for Mesut Ozil, but his pursuit of the Lyon youth academy product has suffered a massive blow.

The Dutchman was one of the vital cogs in Jurgen Klopp’s machine, and his departure has left a huge void in the Reds midfield.

The German manager sees the talented Frenchman as an ideal replacement for Gini and is ready to launch an assault on one of the best-performing Ligue 1 stars.

Aouar played a prominent role in Lyon’s impressive Champions League run in 2019/20 and was part of the team that finished fourth in Ligue 1 last season.

Old Trafford could be another potential landing spot for the highly-rated youngster, especially if Paul Pogba decides to sever ties with United.

The 28-year-old’s future in Manchester is hanging in the balance as Mino Raiola continues to torment the Red Devils’ hierarchy over his client’s new deal.