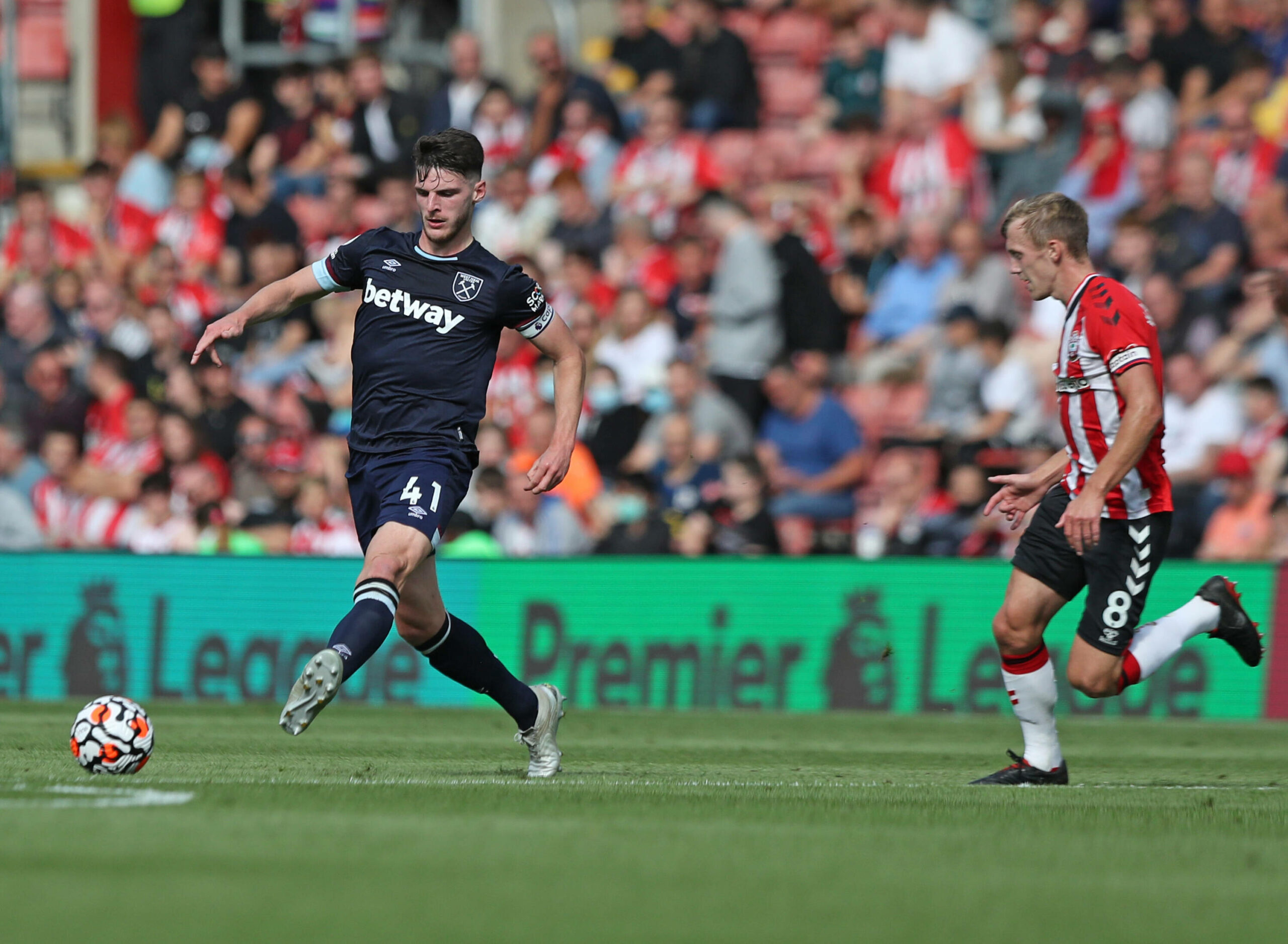 The Cityzens were fancied to sign a new midfielder during the recent transfer window, but opted against doing so after renewing the contract of Fernandinho.

They are likely to pursue a replacement next summer with the possibility that Fernandinho could call time on his playing career at the end of the season.

It was recently reported that Rice is the priority target for the Red Devils next summer, but it appears that they could face stiff competition from their arch-rivals.

Rice could cost a premium fee for either club, with the Hammers likely to demand around £100 million.

Rice has declined to sign a new deal with the Hammers, but the club are in a strong position to keep him.

He is contracted to the London outfit until June 2024, with the option for another 12 months.

Despite this, there has been frequent speculation that he could leave them soon to play Champions League football.

Fernandinho has become an understudy to Rodrigo. This could be his final season in a playing capacity.

He has been a terrific presence in midfield over the years, but he could join Pep Guardiola’s backroom staff next term.

Rice is one of the best defensive midfielders in the division, averaging two tackles and two interceptions per game.

The 22-year-old is also good with the ball at his feet and can deliver precise long balls to unleash counter-attacks.

A move to City would be a tempting one for him, but there are question marks whether he would start regularly.

He may have to share his minutes with Rodrigo, something that Fernandinho did during the back end of last season.

At United, it could be a different story as he could get the nod over Scott McTominay, Fred and Nemanja Matic.

The Red Devils are craving for a solid defensive midfielder that could put them on course to win regular silverware.

Rice could be assured a guaranteed spot in the position. He may lean towards a move to Old Trafford next summer.