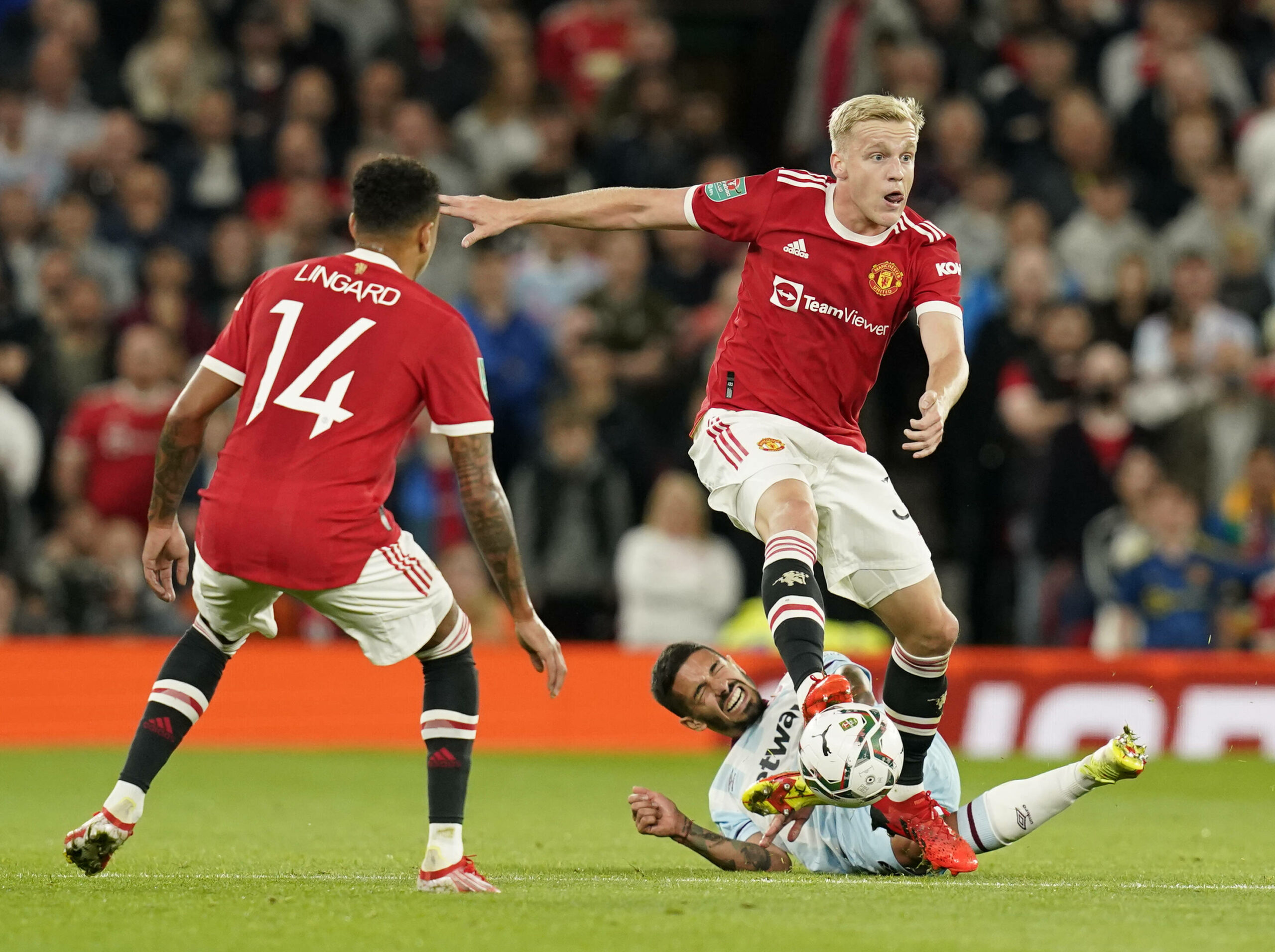 A selection of Manchester United fans on Twitter were impressed with Donny van de Beek’s display against West Ham United on Wednesday night.

The Netherlands international was handed a rare start for the Red Devils in midfield, and he gave a good account of himself with a solid performance.

Van de Beek made two tackles over 90 minutes, and he also impressed with his regular progressive passing.

The Dutchman managed two key passes in the Carabao Cup third-round tie. One was for Mason Greenwood, who nearly equalised coming off the bench.

The Red Devils bowed out of the competition with a disappointing 1-0 loss, but there were positives from the game. Van de Beek’s showing was one of them.

Here is how some of the fans reacted on Twitter.

The 24-year-old has played just six minutes of Premier League football this term. He has been an unused substitute in four of the club’s five matches.

Scott McTominay, Fred, Nemanja Matic and Paul Pogba have all been preferred ahead of him, though the latter has recently played on the left wing.

Fred and McTominay are Ole Gunnar Solskjaer’s go-to midfield picks, but there has been plenty of criticism from some fans over the selection.

Both players are defensive-minded, and quite often, there has been sideways passing. Van de Beek has shown that he can be more progressive.

The £120,000-per-week star will hope that Solskjaer will offer him more league minutes after his recent display.