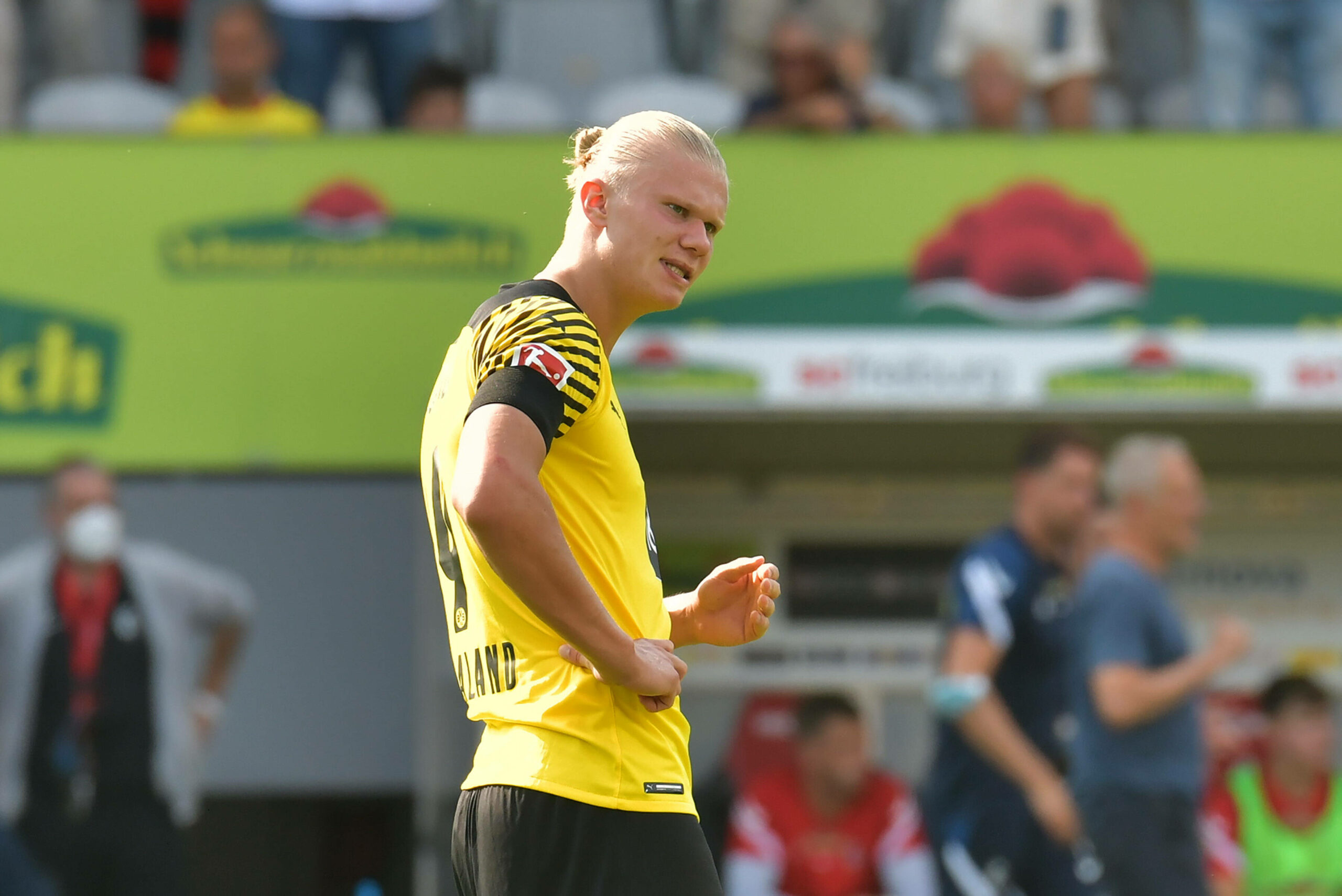 According to German news outlet BILD, United are at the front of the queue as a host of Europe’s top clubs prepare for a transfer tug-of-war for Haaland’s signature.

Any deal that would see the Norway international exit the Signal Iduna Park will only happen next summer, but suitors are already piecing together plans to lure one of the most highly-rated strikers away from Dortmund.

In addition to long-term admirers Real Madrid, Barcelona and Chelsea, the Red Devils are also in the running to sign the 21-year-old.

It is only a matter of time before Haaland departs North Rhine-Westphalia for a lucrative move, with almost every notable European club looking to capture his services.

After two eye-catching seasons at Dortmund, many people thought Haaland could be on the move this summer.

Despite Chelsea’s relentless attempts to land the ex-RB Salzburg starlet, Die Borussen were adamant their talisman is staying at the club this season.

There is a genuine feeling that Dortmund have grown overdependent on one of the deadliest strikers in the Bundesliga, which forced the club to throw away several tempting bids for their prodigious striker.

With Jadon Sancho finally sealing his long-awaited return to the Premier League in the wake of Euro 2020, the German giants have turned to Haaland to spearhead the team’s title charge this term.

However, Dortmund must be aware of the player’s desire to win the trophies, something Marco Rose’s side seem unable to bring to the table at this point.

On that basis, Haaland’s high-profile move is not a matter of ‘if’ but ‘when’ as United race in front of other interested parties.

Ole Gunnar Solskjaer knows the Red Devils will need to splash the cash for a new striker at the end of the season.

Edinson Cavani, 34, is not getting younger, while Anthony Martial struggles when played as a centre-forward.

United are well-stocked in the attacking department, but a lack of an out-and-out striker remains a glaring issue.

Marcus Rashford, Mason Greenwood, Bruno Fernandes and Sancho are all technically gifted, top-class forwards, able to win games on their own.

However, none of them comes close to Haaland’s scoring prowess.

Although the report fails to explain the strategy and the reason behind United’s supremacy in the transfer race, Solskjaer’s idea of hiring his compatriot makes sense.

The Red Devils manager is familiar with the youngster’s quality, having witnessed his rise to prominence first-hand during their time in Norway.

Solskjaer launched Haaland’s senior career at Molde and gave the striker support and trust to lead the attack despite his tender age.

The Bundesliga star fits United’s long-term project perfectly, which is another reason United are exploring the possibility of pairing him up with Sancho again.

Haaland should blend into the mix with ease, considering his mentality and hunger for success.

Additionally, penalties have never been his thing, which would allow Fernandes to continue doing his spot-kick magic.

Taking the Portuguese playmaker off penalties would be a disrespectful move, given the amount of outrage he’s been able to cause from the spot since arriving from Sporting Lisbon.